House sparrows may now be the most abundant and widespread bird on Earth, occupying every continent except Antarctica.

Arthur Cleveland Bent was perhaps the foremost North American ornithologist (bird expert) of the early 20th century. When he was a boy in Massachusetts in the late 1860s and early 1870s his love of birds was nurtured by an uncle who lived next door. His uncle enjoyed wild birds but also raised captive sparrows imported from Europe.

The uncle’s sparrows multiplied quickly, were eventually set free, and immediately began taking over the neighbourhood by aggressively evicting native birds like wrens, swallows and purple martins from their nest sites.

Too late Bent’s uncle realized his mistake. The feathered genies couldn’t be coaxed back into the bottle. They would go on to conquer almost the entirety of the Western Hemisphere, reducing native bird populations in their wake.

To be fair, Arthur Cleveland Bent’s uncle cannot be held solely responsible for the house sparrows’ introduction. Many other people also released them, often motivated by sentimentality; house sparrows reminded them of home. Others thought the sparrows might help control insect pests.

House sparrows may now be the most abundant and widespread bird on Earth, occupying every continent except Antarctica. If they have an Achilles’ heel, it may be their utter dependence on us. If a plague wiped out the human population of the planet, house sparrows would likely disappear soon after.

They thrive only where we do, feeding on our grain and backyard bread crumbs. The various cavities we inadvertently create, offer them housing. They build nests in light standards along roadways, for example. At my school they nested every year in the hollow beam of a metal gate and grew fat on the chips, popcorn and cookie crumbs dropped by students in the schoolyard.

In the past, house sparrows had an arguably healthier diet, albeit a messy one. When horses were the primary source of transportation, they fed happily on partially digested grain in the road apples the horses left behind. 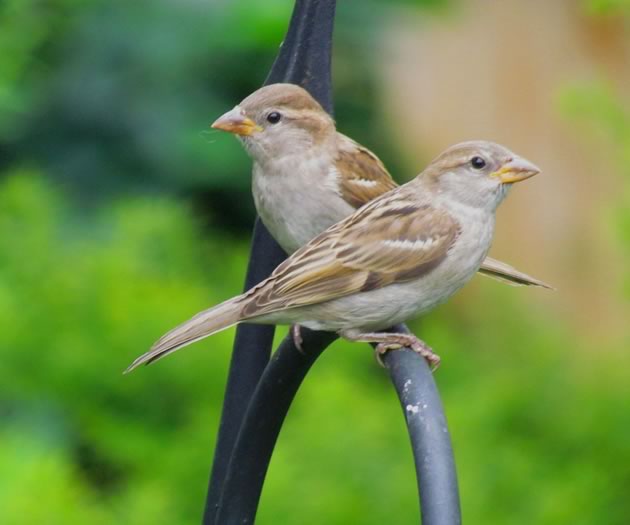 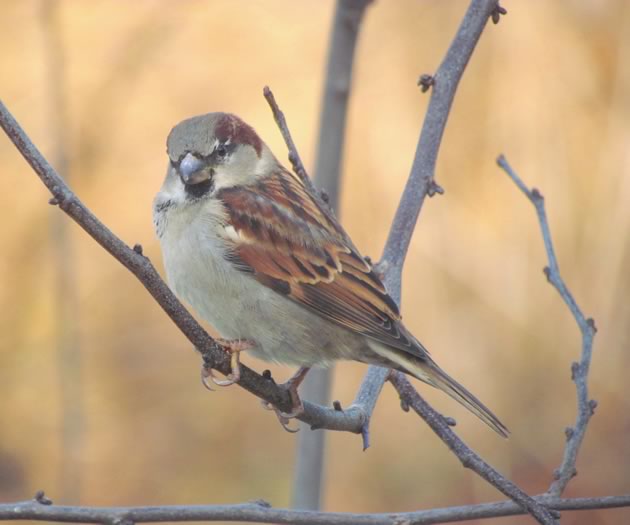 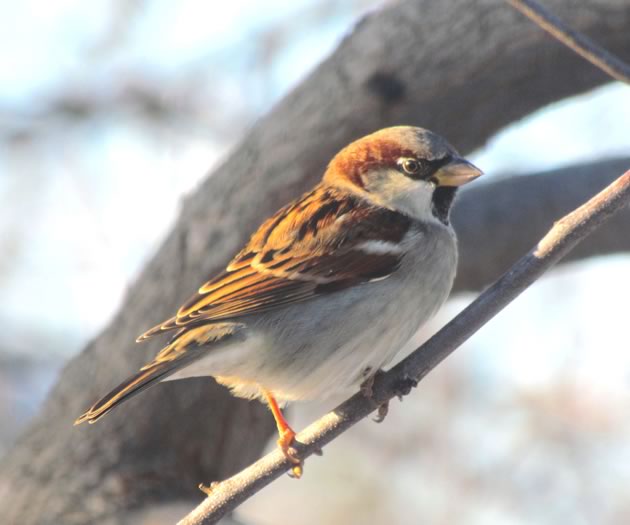