Humans and other animals – not so different. Green herons will sometimes use leaves and other objects to lure fish within striking distance of their rapier-like beaks. 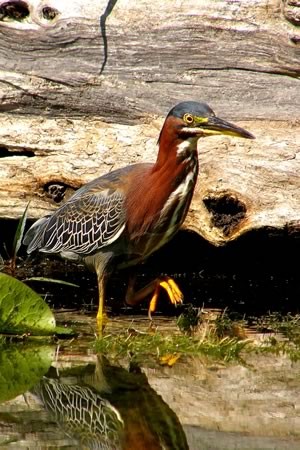 The barriers between Homo sapiens and other animals continue to crumble. The scientific community once looked at the rest of the animal kingdom as mere automatons, driven solely by instinct. Now scientists are accepting that, like us, many animals have rich emotional lives. (Dog owners have long understood this!)

It appears that some animals even have the ability to empathize with animals of other species. Humpback whales, for example, have been observed protecting sea lions and gray whales from orcas.

Tool use is another trait that was formerly held up as proof of our superiority and separation from other animals. We now know, however, that other mammals and some birds also use tools.

Chimpanzees and orangutans were among the first non-human animals proven to do this. Among birds, ravens will thoughtfully consider an array of tools and then manipulate them in a complex series of steps to secure morsels of food.

Another tool-using bird, common in Headwaters, is the green heron. About half the size of the familiar great blue heron, green herons will sometimes use leaves and other objects to lure fish within striking distance of their rapier-like beaks.

A wonderful video on YouTube shows a green heron “fishing” with a piece of bread. The heron is clearly able to predict that this behaviour might offer an award.

Another remarkable aspect of green heron fishing behaviour is deferral of gratification. Bread, worms and insects, sometimes used as bait, would seem to be acceptable heron food as well.

But instead of impulsively swallowing these small (but guaranteed) meals, the herons use them to try for larger rewards.

Discovering that we’re not as different from other creatures as we once thought, is an antidote to our hubris. We inhabit a world full of thinking, emotional beings – only some of them human. 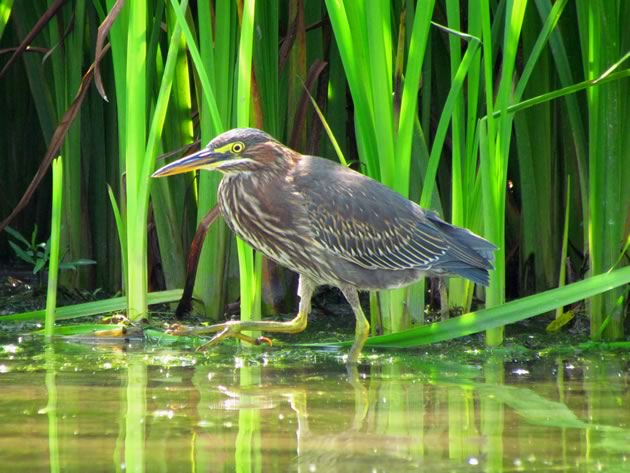 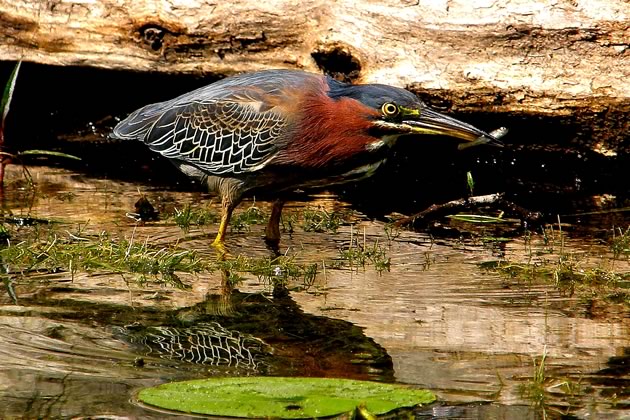 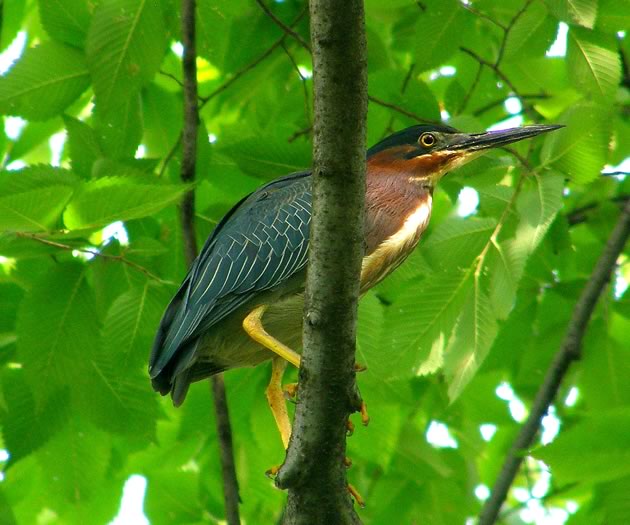 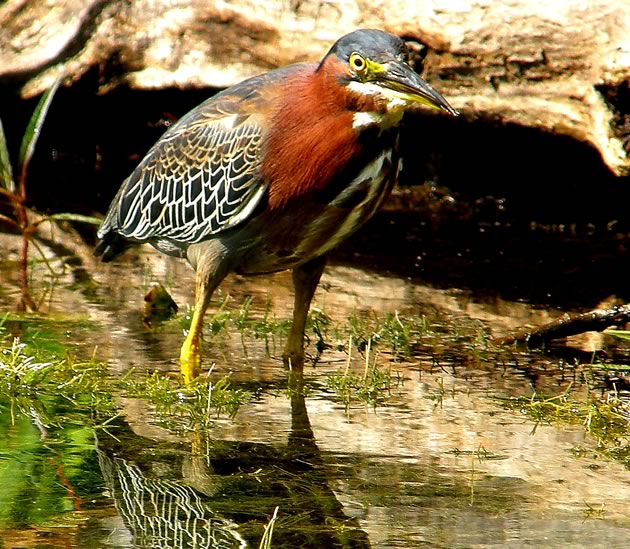