I consider myself a facilitator. Maybe it’s the teacher in me.

It Takes a Village

It all started with a parenting mission back in 2011. Kate O’Hara hoped to revive Inglewood’s dormant kids’ baseball program for her daughter, age three at the time, and her mates.

Sure, it would be a fun activity. But T-ball and softball were also deeply symbolic of the village life Kate experienced as a child after her parents moved there in 1982. Ten years ago, after a stint in Toronto, Kate and her husband moved back. 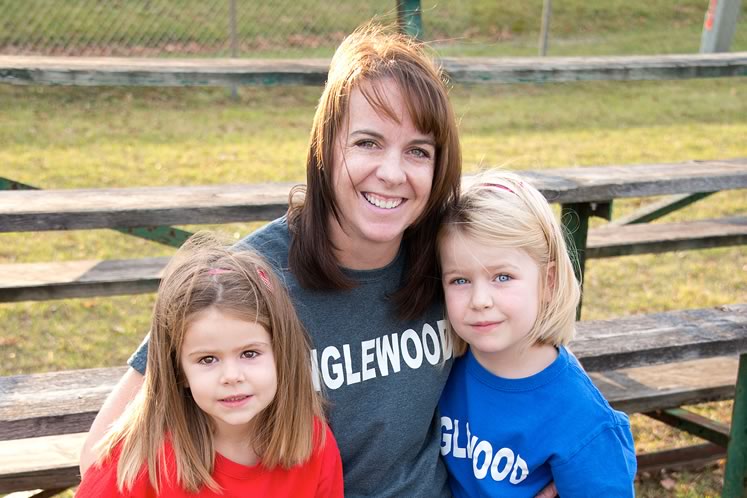 Kate O’Hara is guided by her it-takes-a-village philosophy. Photo by Pete Paterson.

“I grew up playing baseball and walking to the store for penny candy,” says Kate, 38. “I want to recreate that awesome childhood for my kids.”

Kate and fellow mom Karen Cal-Doody made the program a cornerstone of village life, working behind the scenes, convincing parents to sign up, coach, work the snack bar and plan the season-ending August barbecue. (Karen stepped down from the role last year. The two women form a mutual admiration society, each praising the talents of the other.)

Kate also works as a supply teacher and last year co-chaired the parent council at Creditview Public School where her daughters Emma, 7, and Natalie, 5, go. She hopes to be re-elected to the post this year.

This would be plenty for most busy parents. But for Kate baseball became a gateway to even more volunteer activity.

She had worked with the Village of Inglewood Association (VIA) and the Optimist Club to fulfill the baseball dream, and in 2012 well-known community booster Roger Crathern, chair of the VIA, tapped both Kate and Karen to take the baton from him.

Now the sole chair (Karen shared the role for a year), Kate works with the Town of Caledon on recreation matters – she helped set up temporary soccer nets in the same park as the baseball diamond, for instance – but also on communication about municipal affairs. She hosts regular VIA community meetings, inviting conversation with local councillors on issues from sewage problems to new construction.

“I consider myself a facilitator. Maybe it’s the teacher in me,” she says. “I’m not trying to reinvent the wheel.”

Guided by her it-takes-a-village philosophy, Kate leans unabashedly on other hardworking members of the community, including her mom, who works with the garden club, and fellow parent Jeff VandenHoek, who plans to restore and improve the village’s tennis club next year.

There’s also just a lot of goofy fun to be had, especially in events that play on the village name, like “Springlewood” with its diverse activities including a garbage pickup and/or Easter egg hunt each year.

At this summer’s annual Inglewood Day, Kate welcomed the Pan Am Torch with a valiant effort at a rhyming cheer perhaps only a brave teacher would attempt.

And the annual “Jinglewood” tree lighting and Santa wagon ride in December has become a winter highlight, often under a happy smattering of snow.

Kate recalls one snowstormy December when she was visiting her parents before she moved back. They walked down the scenic centre of the unplowed roads to get to the tree lighting and she noticed a few people with babies slung on their backs.

“I thought, that’s going to be me one day.” Lucky for the rest of the villagers with small kids, it is.