But Mel deflects all recognition for these successes. “The credit goes to God,” he says.

Mel Stevens: One of our 2015 Local Heroes

Every couple of weeks, it seems, someone urges Teen Ranch founder Mel Stevens to write a book about his experiences creating what has become an international model of non-denominational Christian camping. It’s quite a story, after all – and Mel is quite a storyteller.

Teen Ranch Canada, the nonprofit, 150-acre Caledon oasis Mel founded in 1967, will soon celebrate its 50th anniversary. He established the camp on Highway 10 south of Orangeville after returning from Australia, where he had helped set up a similar ranch. When he was shopping for land he had only $10 in the bank, so you could say Teen Ranch was started with a dream and a prayer.

Now, after dozens of similar independently run camps have been established worldwide, will he start writing? Maybe.

“I’m cautious, because it can be an ego thing,” says Mel, looking younger than his 79 years as he sits in an office overlooking the camp’s Olympic-sized ice rink. 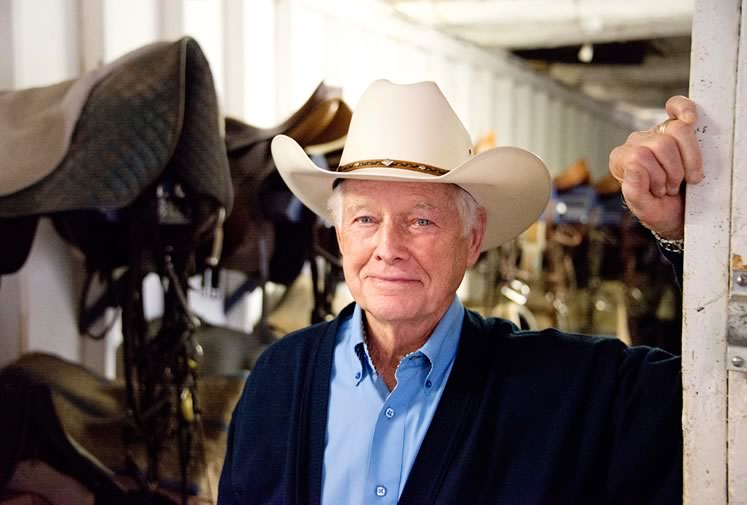 In 2008 Mel passed the reins of the thriving operation to his son Tim. Mel jokes his new role is “resident ogre,” but it’s clear his benevolent influence continues to loom large.

His greatest interest continues to be mentoring young people – “helping them find their way” – a role his 12 years as chaplain of the Toronto Argonauts and 25 years as assistant chaplain of the Blue Jays certainly prepared him for.

But Mel also supervises building projects and grounds maintenance. And his desk is covered in piles of snapshots he is sorting through to create a digital archive. Many of the photos spark stories about troubled charges who, after stints as campers and often as employees, went on to earn post-secondary degrees and launch rewarding careers.

But Mel deflects all recognition for these successes. “The credit goes to God,” he says.

Much of his work includes hewing Teen Ranch to Christian values, such as hard work, kindness and respect. Oh, and not littering, a lesson that seems to endear him to former campers. One even included a cheeky note about it in a caricature that hangs on Mel’s office wall.

Add to this BMX racing, rock climbing, school trips and, yes, riding camps and horse shows, and this place hums just about 24/7.

Giving back is part of that hum. Every year the ranch sponsors some $30,000 worth of bursaries for boys and girls from near and far. “We never turn away a young person because of need,” says Mel. The ranch also hosts free community events such as Easter egg hunts and Family Day events.

Though Mel doesn’t solicit donations other than at an annual golf tournament, past campers and others offer money, supplies and services – even architectural plans for a dorm – to improve the facilities.

Driving around the property, Mel looks proud of how his dream has blossomed. He insists it isn’t pride I’m sensing, but the look of a man who has been blessed.

“God’s reality is bigger than our dreams,” he says.