A red-tailed hawk’s vision can be 10 times more acute than ours. 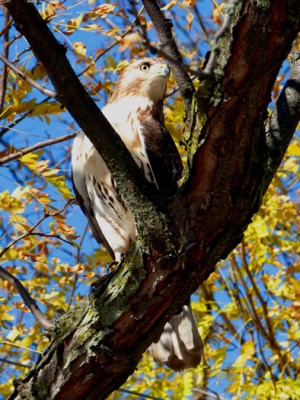 If you see a large raptor perched imperiously by the roadside on your morning commute, it is probably a red-tailed hawk. Red-tails have adjusted well to the landscapes humans have created. Our farms, meadows and highway margins provide a buffet of mice and voles.

As you drive by that roadside hawk, consider that if you can discern its shape, it can almost certainly see the colour of your eyes or the trim of your fingernails on the steering wheel. A hawk’s vision can be 10 times more acute than ours.

Peering through a pair of good binoculars provides some degree of appreciation of this acuity. But powerful optical equipment will get us only partway toward understanding what it’s like to be “hawk-eyed.”

Not only do hawks have far superior visual acuity, but they also see a greater range of colour than we do, for their vision extends to the ultraviolet part of the spectrum. We are as blind to the ultraviolet spectrum as our dogs are to red and green.

Perceiving this ultraviolet light allows hawks to see things largely invisible to humans. Rodent urine, reflecting ultraviolet light, becomes obvious. A winter meadow — a sere landscape of brown grass and weeds — may appear featureless to us, but through a hawk’s eyes, it is an intriguing world of possibility.

Trying to fathom what such a meadow might look like through a hawk’s eyes, I think of a satellite photo taken at night showing towns and cities burning brightly, linked by lighted highways and secondary routes. Is this what the hawk sees in a meadow? Hubs of rodent activity, connected by a glowing network of rodent trails?

To look briefly through a hawk’s eyes would enable us to see an astonishingly different world of colour and complexity. I wonder if we’d rue the return to the poverty of human vision. 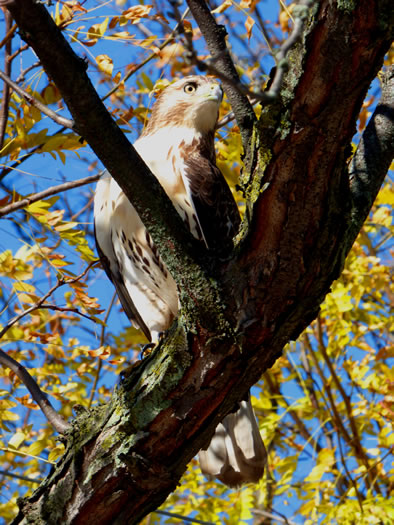 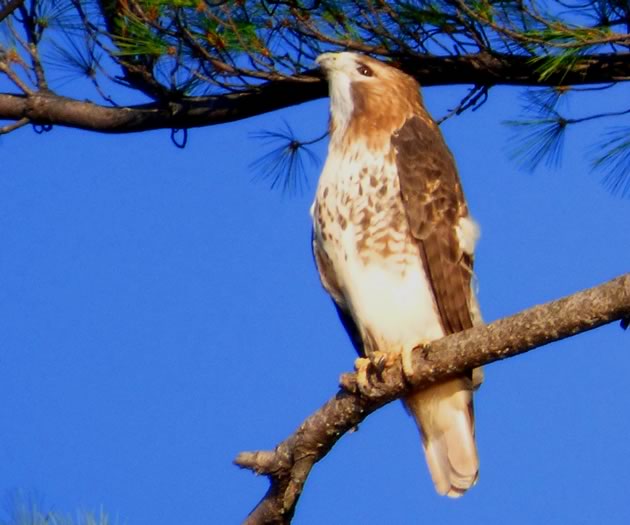 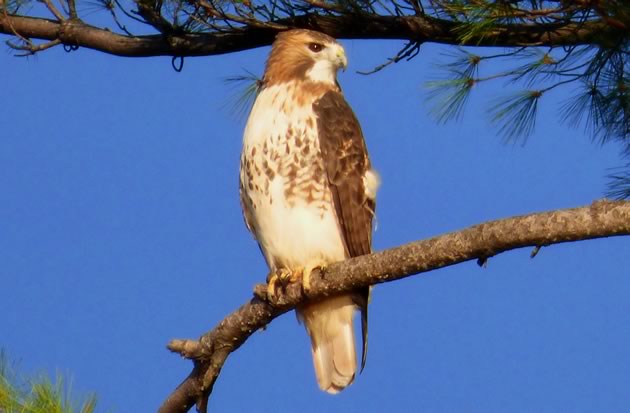 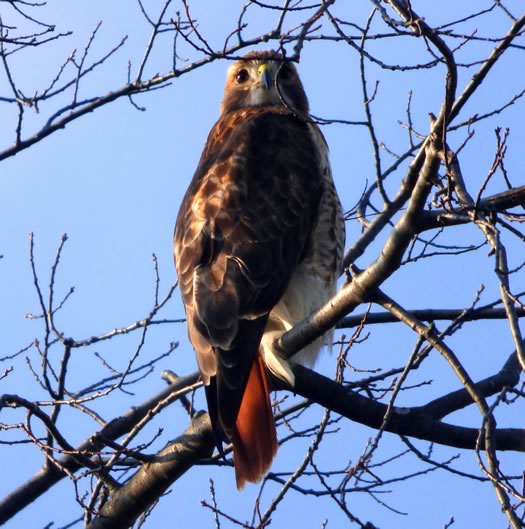 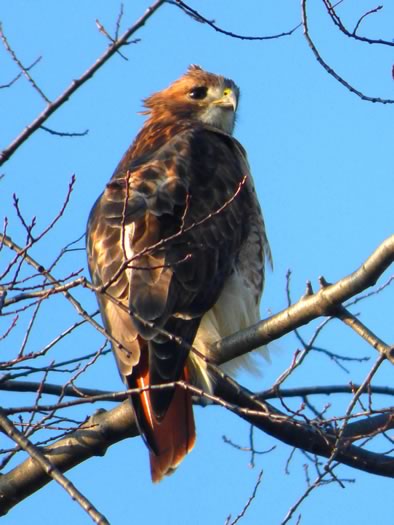