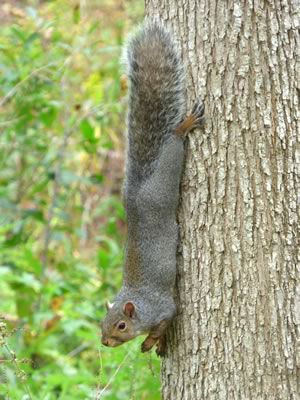 Supersquirrel’s nose twitched as he surveyed the distance between his perch, on a maple tree branch, and the newly repositioned bird feeder. I imagined his synapses sparking as he pondered the Newtonian physics involved in making the jump. A Neil deGrasse Tyson of squirreldom, he was calculating the energy and angle of attack needed to launch himself on a parabolic trajectory towards the feeder.

I was smugly confident that he would fail, despite his smarts. The bird feeder was now far enough from trees to thwart my backyard community of furry filchers. At least that’s what I thought. Several squirrels had eyed the feeder after I had moved it – a desperate yearning evident in their body language. I watched all of them concede defeat and slink away.

But then along came supersquirrel. Not only was he smart, he was a rodent athlete, exuding a degree of cockiness that troubled me. He bobbed his head up and down and side to side and then did a little stretching to limber up his joints.

And then he jumped – a fearless, assertive jump. He stuck the landing. There he sat, scarfing down sunflower seeds. His buck-toothed brothers and sisters had been foiled, but not him.

Animal experts worry that urban racoons are becoming smarter in response to better, more secure garbage cans. We’re engaged in an escalating battle of wits with these masked bandits. It’s only a matter of time before they learn how to pick our locks, raid our freezers and fire up our microwaves.

Similarly, as we try to make bird feeders more inaccessible to squirrels we select for the bolder, the stronger and the smarter among them. The meek will not inherit the bird feeders. Supersquirrel’s progeny will, thumbing their pointy little noses at us. 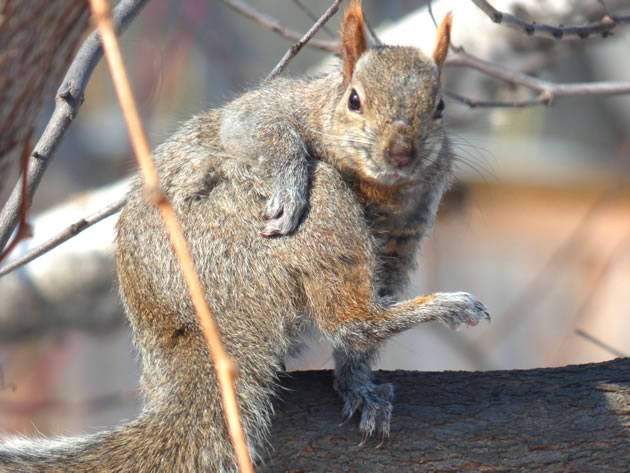 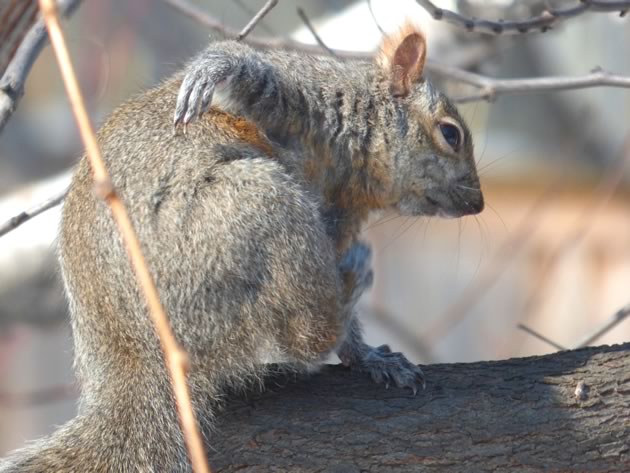