Blue jays are villains – winged brigands with a penchant for raiding the nests of other birds to devour eggs and nestlings. 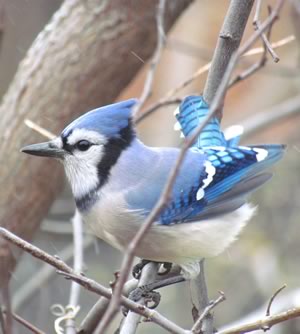 After bowing out in the ALCS final, most of the Toronto Blue Jays are now migrating south for the winter to the U.S., to Mexico, to the Dominican Republic. Some of their namesake birds are doing the same, travelling in raucous flocks to escape the snow. But many blue jays remain north of the border in the winter, announcing their cold-defying presence with piercing cries.

What are these birds like? Do they share characteristics with the Jays that inhabit the Rogers Centre? Are they apt symbols for Canada’s only professional baseball team?

You be the judge. Blue jays are villains – winged brigands with a penchant for raiding the nests of other birds to devour eggs and nestlings. Orioles and Cardinals in MLB may fear Blue Jay bats but real orioles and real cardinals have more pressing concerns. Blue jays eat their young.

But most rogues have redeeming characteristics, and jays are no exception. For example they plant trees, albeit unintentionally. In fall, blue jays bury acorns and other nuts to eat during the lean winter months. Inevitably, the locations of some of these nuts are forgotten and trees germinate in the spring.

Blue Jays are highly intelligent. They mimic the voices of many other birds and, in Headwaters, frequently copy the shrieks of red-tailed hawks. Why imitate a raptor? One suggestion is that this frightens other birds, allowing jays unfettered access to food sources like bird feeders.

So there you have it. Jays are wily and intelligent, qualities that the Blue Jays of the Rogers Centre should obviously aspire to. Blue jays build forests by planting seeds; the Toronto Blue Jays build fan support with every hit and strikeout pitch. As for villainy? The old chestnut says that nice guys finish last, so maybe the irascibility of Bautista and Donaldson has merit too! 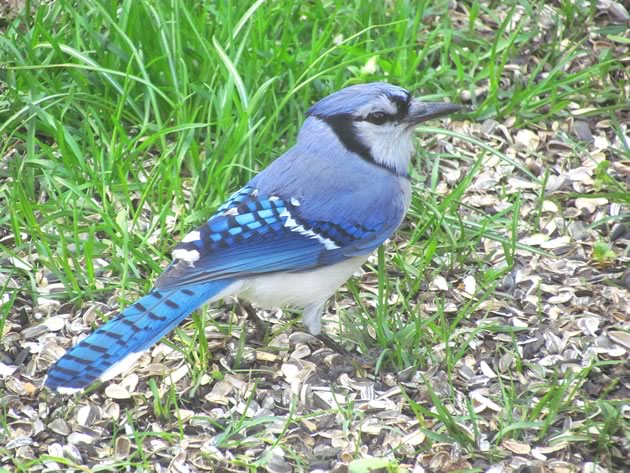