The house finch, perhaps more than any other bird species, is a confirmed urbanite, eating the bird seed we provide and cozying up to us at nesting time – hanging flower baskets are favourite nest sites. 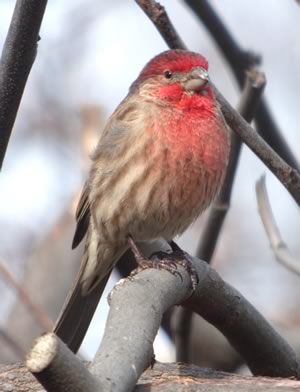 Pet store owners in Long Island, New York ran afoul of the law in 1940. U.S. Fish and Wildlife Officers, enforcing the Migratory Bird Treaty Act, discovered they were selling “Hollywood Finches,” purloined from the West Coast. To avoid a hefty fine the birds were released.

These west coast transplants, properly known as house finches, celebrated their freedom by living up to the Biblical exhortation to “go forth and multiply.” Their numbers grew exponentially and they radiated outward in an avian wave to occupy, in a matter of a few decades, the entirety of eastern North America.

In 1972 the first house finch was sighted in Ontario. Since then, all of southern Ontario has become their bailiwick, aided and abetted by the largesse available at bird feeders. The house finch, perhaps more than any other bird species, is a confirmed urbanite, eating the bird seed we provide and cozying up to us at nesting time – hanging flower baskets are favourite nest sites.

With roots in La La Land it is hardly surprising these birds can hold a tune. Late winter through spring, the males sing a cheerful melodious warble, a harmonic counterpoint to harsh urban sounds.

These songs, and the lovely red head and breast of male house finches, have endeared them to bird lovers, and shielded them from the invective often directed at other introduced birds, such as starlings, house sparrows and rock pigeons. Birders, like just about everyone else, are suckers for good looks.

Of course, male house finches couldn’t care less what we think about their appearance. It is the drab, brown-striped female house finches they seek to impress. The male’s beauty regimen? Eat lots seeds and fruit high in carotenoids – yes, the same compounds that colour carrots – to tint their feathers red. Like the Hollywood dandies they are, they like to dress up for the ladies. 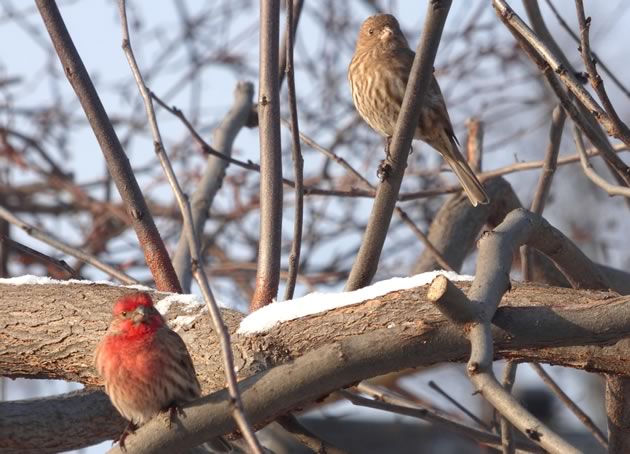 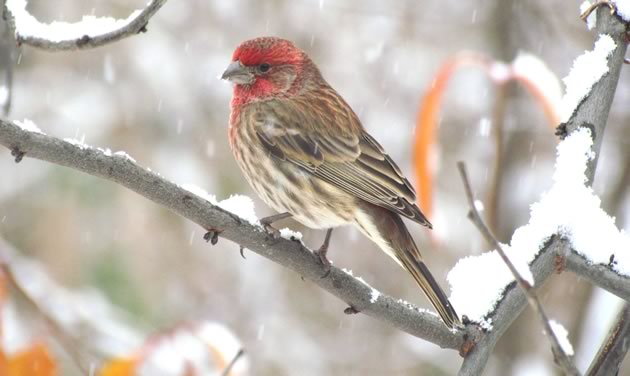 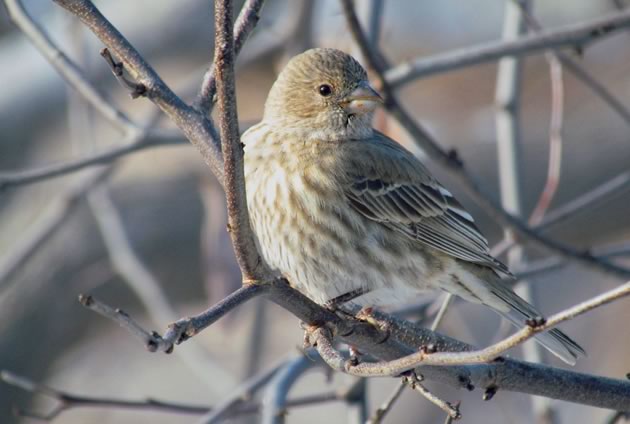