The success of bluebird nest boxes tells us that we can help wildlife, if we care enough and have the will.

Bluebirds are among the most beautiful of our native birds. They thrive in bucolic settings – verdant meadows of wind-tossed grasses and wildflowers, accented by shrubs and scattered trees.

Bluebirds nest in cavities. Traditionally their principal benefactors were woodpeckers that carved holes for their nests which then became available for bluebird tenancy in subsequent years. 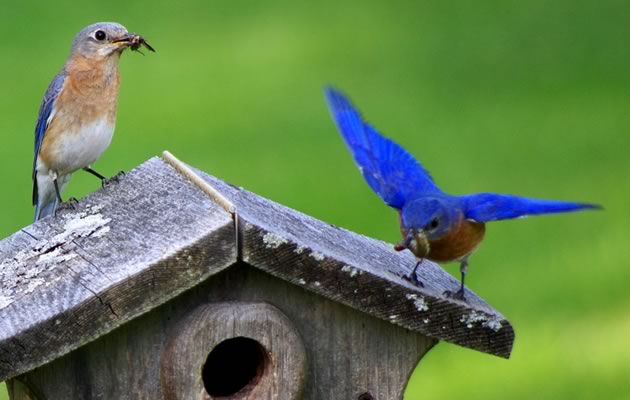 Bluebird parents with food for young, male on right. Photo by John Beaudette.

These organizations enabled and oversaw an unprecedented avian housing boom. Tens of thousands of bluebird houses were erected throughout North America and, gratifyingly, the bluebirds moved in.

The success of bluebird nest boxes tells us that we can help wildlife, if we care enough and have the will. Many other species are now in need of our stewardship.

One prominent example is the barn swallow which has declined, in part, because of the loss of so many old wooden barns in recent decades. Nesting structures for barn swallows are now being put up, but we need to build for success. We need to learn, as we did with bluebird nest boxes, the designs that best satisfy barn swallow nesting needs.

The success of bluebird stewardship speaks glowingly of the power we have to change things for the better – success that can inspire us to help other birds like barn swallows and wildlife in general. 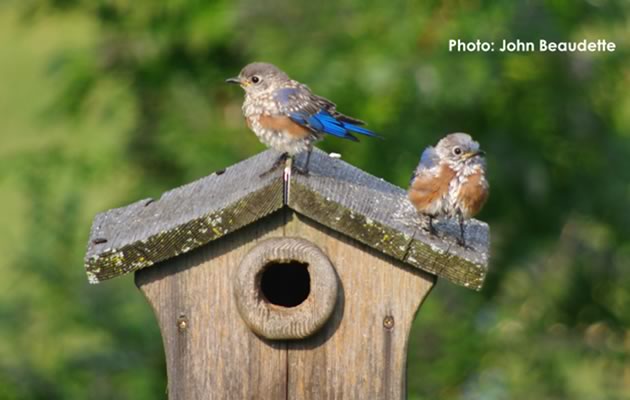