John Wilson: One of our 2017 Local Heroes

John Wilson describes himself as having a low-profile personality. That may be true, but this community health champion still manages to get things done. 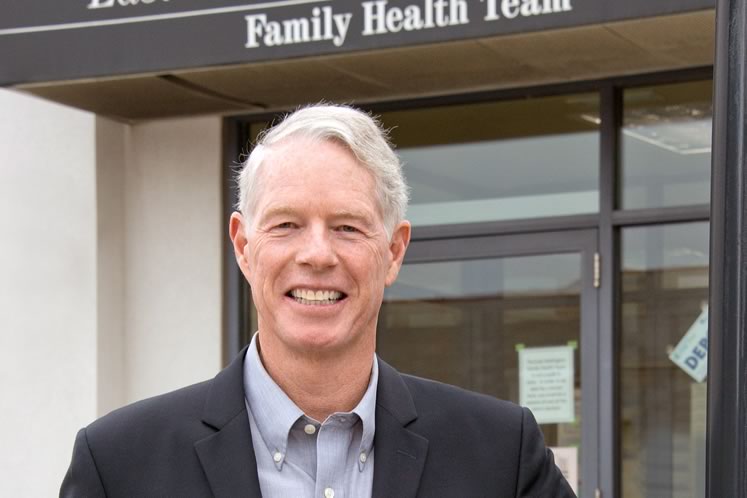 John Wilson headed the development team that established and built the new clinic in Erin. Photo by Pete Paterson.

John and his wife Judy Maynard, a practising family doctor, moved from Brampton to a charming country property south of Belfountain in 2005. At 52, John had just retired from a successful career in information technology.

Finding time on his hands, he wanted to get involved in his new community. He and Judy own a cottage on Georgian Bay, and his participation on the board of the Georgian Bay Association had given him an understanding of how volunteers can make a difference in the life of a community.

Then the Ministry of Health approved the East Wellington Family Health Team for Erin and Rockwood, an event John describes as the community’s “winning the lottery of life.” With only one clinic in Rockwood, and several independent doctors serving a population of 25,000, the area had been designated underserviced. The new Family Health Team opened the door for the community to implement a new model for delivering health services and to attract more doctors and clinical professionals. The community put together an oversight board, and when Erin doctor Duncan Bull asked John to participate, he saw it as “a great opportunity.”

John headed the development team that established and built the new clinic in Erin. Partnering with Toronto developer and local property owner Shane Baghai, as well as other local talent, the team delivered a turnkey solution. “We had it up within a year,” John says. Now, between the clinics in Rockwood and Erin, there are 11 doctors, 42 staff and about 12,500 patients. The Erin clinic also draws many patients from next-door Caledon.

In 2010, with the clinic situation under control, John became president of the hands-on working board and helped guide it toward fulfilling what he calls “more of a governance role.” In 2012, as he started to realize people were falling through the cracks between primary care and the hospital, he joined the board of Headwaters Health Care Centre, and now serves on its quality committee. He also chairs the Rural Wellington Health Advisory Council, made up of board members from various health-oriented organizations. They pool their resources to find solutions across the system.

John acknowledges it took him awhile to learn how the health-care system works. Given his many roles, he currently spends an average of 20 hours a week on his volunteer duties. “But,” he underlines, “it isn’t about the hours. It’s about what you’re able to accomplish for the community.”

Though he has recently been trying to step away a little, an insatiable curiosity keeps drawing him back. Currently he has taken an interest in medically assisted death and the need for the service in this community.

His commitment to the cause is unwavering. “Community people getting involved in health care can help a lot,” he says. “You feel like you’re using your time well. And they’re really good people to work with.”