Winter is the best time to find evidence of mink. With snow cover, mink tracks can readily be found along streams or the verges of ponds and lakes.

Some people would rather not think about predation in nature. Its violence can be disturbing. Simply put though, thriving carnivores mean thriving ecosystems. The abundance of mink in the Headwaters for example, signals the ecological vitality of our streams, rivers and lakes.

Mink are active both day and night. They can be oblivious to human presence with their laser focus on finding food. Watching them, and following their tracks, opens a fascinating portal into the predatory life.

Winter is the best time to find evidence of mink. With snow cover, mink tracks can readily be found along streams or the verges of ponds and lakes. Tracks on ice sometimes end abruptly at open water. Icy plunges are all in a day’s hunt.

Mink find most of their meals in the water. Fish, yes, but just about any other animal they can subdue. One winter’s day while tracking mink at Forks of the Credit Provincial Park, I found some scat, dug into it, and discovered it full of indigestible crayfish parts. Another time I watched a mink emerge from a pond with a leopard frog hanging limply in its jaws.

Larger prey is sometimes tackled.  Some years ago when I was still teaching, a colleague returned to the school with her class after leading them on a walk along Etobicoke Creek in Brampton. She was ashen-faced, her students abuzz with excitement. They had just witnessed a real “nature red in tooth and claw” moment – a mink wrestling with a squirrel on the bank of the creek. 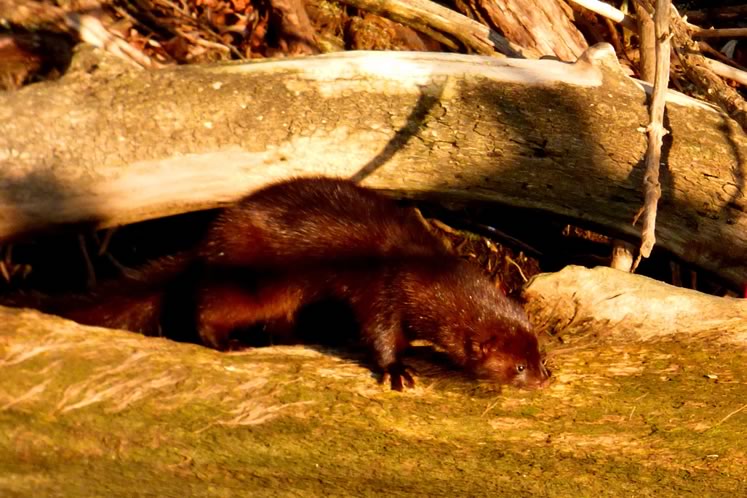 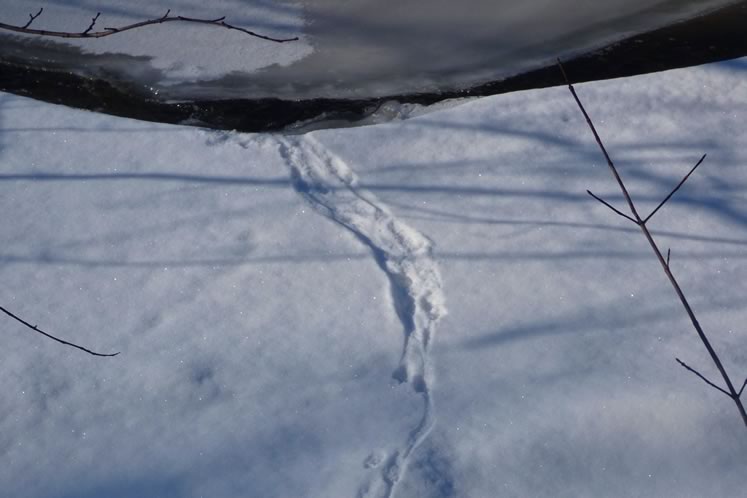 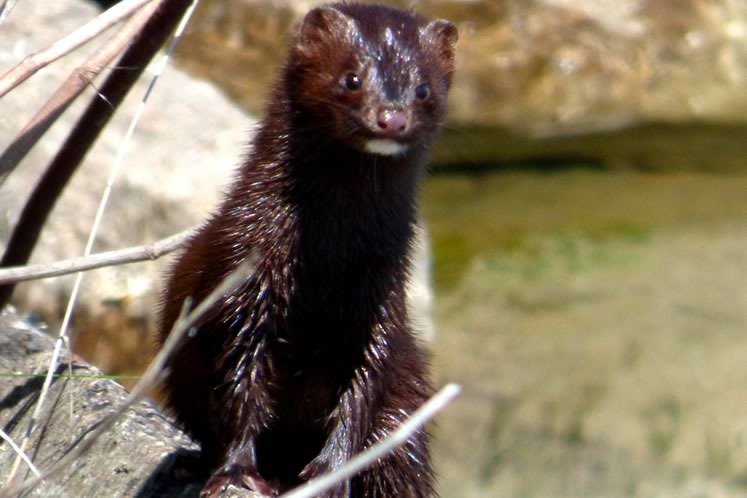 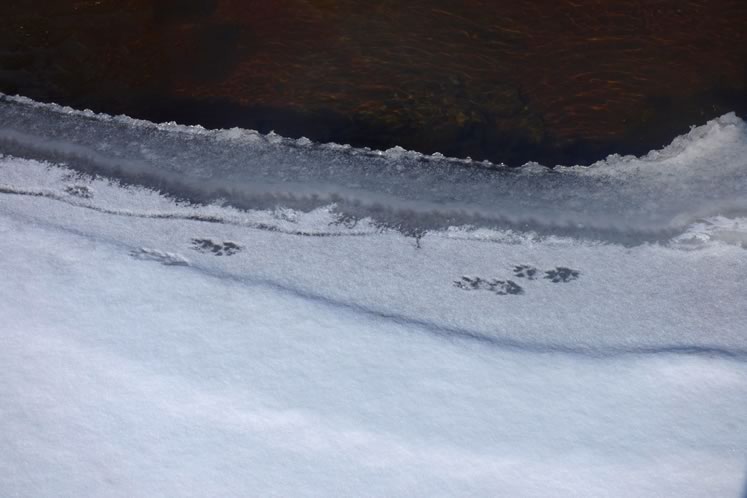 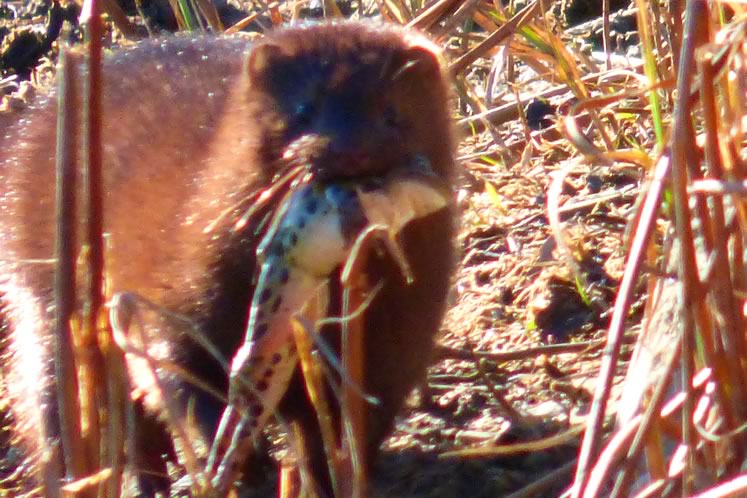 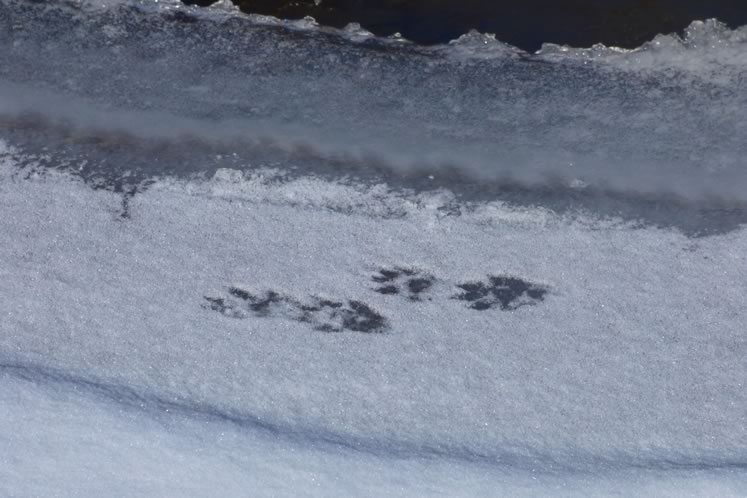 <
►
>
Their tracks are often in twos, the front feet touching the ground together, with the rear feet doing the same. But minks can leave tracks in other patterns as well.

It was a battle the mink won, but not easily. The squirrel, almost as big as its attacker, fought desperately until the end. As a science teacher I would have seized this teachable moment and taught a lesson about the role of predation in nature. I hope, after a few deep breaths, my rattled colleague decided to do the same.

A mink can swim 30 meters underwater, dive to five meters, curl up with a clear conscience to sleep in a muskrat den after having murdered all the occupants.