In early June, residents were alerted to some good news here. The provincial government announced the villages of Inglewood, Caledon Village, Mono Mills and Belfountain would be among the 200 “underserved” communities where beer, wine and cider could now be sold from “agency” stores. It follows on previous announcements that allow Ontarians to start drinking earlier  and in more public places (licences required). The government frames the changes as part of its agenda of “putting people first.”

It’s hard not be cynical.

Because here’s the rub: Although few would argue with more beer – the new legislation requires the government to break its contract with The Beer Store, at a cost estimated as high as $1 billion. That’s a drop in the vat of the overall provincial budget, but it’s a lot of cash (and not an insignificant proportion of the $12 billion deficit the government says it wants to eliminate). Could there be better ways to spend that billion?

We have a suggestion. As Elaine Anselmi reports in “Hospital Check-up” in this issue, provincial funding for Headwaters Health Care Centre increased by a disappointing 0.7 per cent this year, well below the rate of inflation, and with no apparent consideration of the region’s growing population or the petition of Headwaters hospital and others to review the “unpredictable and insufficient” funding model for mid-sized hospitals.

A fraction of one percent of that billion for beer would allow Headwaters to maintain its service levels abreast of inflation, as it would for hospitals in Windsor, Kitchener, Orillia and elsewhere, where nurses and other staff have been laid off – with some left over to reduce the cuts to, say, cancer screening or midwives. (The Ontario Health Coalition is keeping tabs on the Ford government’s cuts and closures to health-related programs and services. See its website for the full list.)

Sure, we get there’s a balance between essential services and the fun stuff – and that by putting beer in convenience stores, the government is finally making good on a promise made by successive governments for decades. But the over-the-top fanfare and concerted social media blitz by Conservative MPPs that accompanied the announcement feels like nothing as much as an old-time bread and circuses strategy (let’s call it beer and circuses) to divert attention from the real pain of deep cuts not only to health care, but education, environmental programs and other social services. The Beer Store contract would have run out in 2025 anyway. We think, given the choices, the good people of Ontario would have been willing to wait.

In making its announcement, the government said it was time to “treat adults like adults.” We agree, but we think real adults prefer health care. 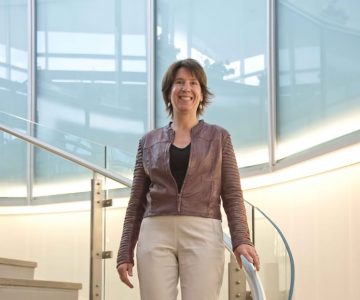 In the face of the province’s restructuring of health care, our Headwaters hospital is poised to emerge as the kind of community hub Ontario needs.