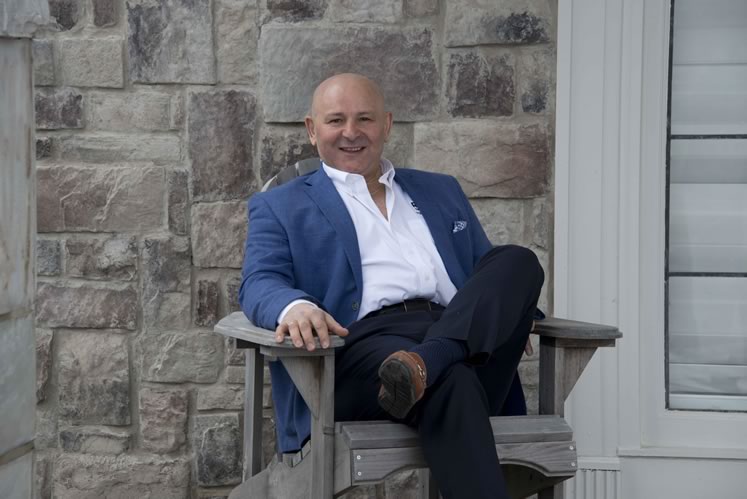 For a relative newcomer to the Caledon real estate scene, Tav Schembri has made fast work of planting his flag. He was the top-selling realtor by volume and units sold in Caledon in 2019 – and it’s hard to find a stretch of road not dotted with his punchy, first-name brand in the expansive town.

Tav says helping clients buy and sell in Caledon over the past seven years has only deepened the love he feels for his home of more than three decades. “Caledon is so beautiful – it’s got lots of environmental protection, streams, rolling hills, lots of green space and proximity to the GTA,” he says. “It’s very special living up here.”

In his newly published memoir, Million Dollar Agent: New Generation of Real Estate, Tav (his given name is Ottavio) shares the lessons he’s learned after diving headfirst into his new career. In addition to his top realtor metrics in Caledon, Remax named Tav 13th in Canada in 2019 and 53rd worldwide (out of 130,000 agents) and gave him a Lifetime Achievement Award, too – even though he’d only been in business since 2013. He’s hoping the book helps budding realtors as they find their footing and helps potential clients get to know the man behind all those “Tav” signs.

In Million Dollar Agent Tav outlines how he made the jump to real estate from hairdressing, a gig he loved. After he lost two fingers in a woodworking accident about a decade ago, Tav continued his practice – but started to consider a change. It was selling a property he and his wife, Maria, owned that rekindled Tav’s emotional connection to real estate.

Growing up, he had experienced firsthand how Canada is a “land of opportunity” in which many immigrant families like his are able to achieve their dream of owning a home. Tav was born in Toronto in 1959, a year after his parents had emigrated from Sicily, Italy. The family lived in a small semidetached rental in Regent Park, eventually buying their first home in East York. It’s a moment when Tav says the promise of real estate was firmly imprinted in his psyche. Without this passion Tav’s pivot to a new career may have quickly lost momentum.

Keep up your contacts

One of Tav’s top mottos is “Don’t let your relationships fade away or, worse, die.” All relationships are important, even those with people who aren’t currently in the market, he says. Tav’s first real estate clients were prior hairdressing clients. They trusted him enough to know he’d bring the same dedication to selling their property or helping them find a new one as he once had to their hair.

Tav believes in authentic and meaningful check-ins with friends, family and former clients, and he found that once people learned he’d become a real estate agent, they were keen to pepper him with questions – and he made time for it. “Everybody wants to know how much their house is worth, they want to know the market conditions, and they want to know the best time to sell should they consider doing so,” he writes in the book.

In real estate, as in life, honesty is the scaffolding that supports trusting relationships. In Tav’s world telling a client they’ll make much more on selling their house than is realistic is not a fruitful path. As he writes, “Building trust requires building or identifying an emotional connection between you and the client. Telling your clients what they need to hear versus what they want to hear will ultimately build a better relationship. They will trust that you have their best interest at heart and are not just looking to earn their business by being a ‘Yes’ man!”

Have a growth mindset

This psychological concept big in education circles today refers to instilling in kids the idea that their intelligence is not fixed or set. Instead, it is the product of hard work, failure and resilience. Tav suggests tapping into this idea to propel your career.

In school kids are told to add the word “yet” onto any “I can’t” statement. Instead of “I can’t do this task,” kids are coached to say, “I can’t do this task yet.” Tav challenges his readers to try this and see how it shifts the tenor of their internal dialogue. Get over the fact that you may not know everything, he says. Look at life as an “education in small doses.”

This article was created in partnership with Tav Schembri.

About the Author More by In The Hills Studio

In The Hills Studio is a division of In The Hills, and provides sponsored content and other services to our advertisers.
Add a Comment