Would you believe that the secret to longevity may well be linked to the quality of your social life?

Researchers in the United States and elsewhere have recently shown that social isolation and loneliness may affect our chances of living a long life even more profoundly than such usual negative predictors as smoking, obesity and lack of exercise. 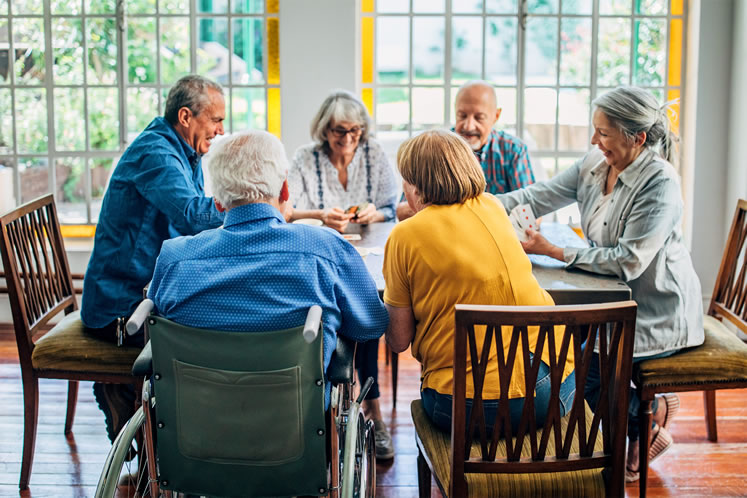 Julianne Holt-Lunstad, professor of psychology and neuroscience at Brigham Young University in the United States, and her research partners listed the factors that enhance longevity. Most are no surprise: breathing clean air, controlling hypertension and weight, exercising adequately, managing cardiovascular disease, getting the flu vaccine, moderating alcohol use, avoiding smoking … things we all relate to a healthy lifestyle and living longer.

But Holt-Lunstad found the two most important longevity influencers are (drum roll, please) social integration and social relationships that include a high degree of social support.

Her conclusions were based on a meta-analysis of data from 148 studies that examined every aspect of the lifestyles, including the social relationships, of 308,849 people across North America, Europe, Asia and Australia. When the studies began, participants were an average age of 63.9 years, and included a roughly equal number of men and women who were followed for an average of 7.5 years.

Not surprisingly, negative social relationships, such as a bad marriage, were linked to a greater risk of mortality.

Drawing on Holt-Lunstad’s research, psychologist and writer Susan Pinker explains that “social integration” reflects both your strong and weak bonds, including how easily you interact with those you run into on a daily basis, such as your barista or the mail carrier. Pinker defines socially supportive relationships as “close relationships,” which might include people you would feel at ease borrowing money from or who would help you through times of despair.

As we’re well aware, the Covid pandemic has taken a toll on both our connectivity and well-being, placing our social lives on semi-hold for the past eight months. Hopefully these times are an anomaly and won’t last much longer.

I have a friend in his late 80s who is always at the centre of social activity in our community. Four years ago, a series of debilitating medical problems caused him to stop eating, and he landed in palliative care.

His family came from near and far. His golf buddies and poker friends took turns visiting, filling him in on what was happening in the community. He distributed his personal treasures among his children.

But the outpouring of support caused him to reassess, and he concluded he wasn’t ready to walk into the sunset just yet. He began eating, eventually getting out of bed and carrying on, hosting parties, playing golf and poker, and remaining involved.

Which brings to mind the world’s “blue zones,” a term coined by author Dan Buettner, a fellow with National Geographic magazine.

Blue zones are five identified regions where people live longer and healthier lives than elsewhere. The regions are Okinawa, Japan; Sardinia, Italy; Nicoya, Costa Rica; Ikaria, Greece; and Loma Linda, California. These communities produce a high ratio of centenarians who not only enjoy substantially more years of good health, but also suffer a fraction of the diseases that commonly kill people in the developed world.

On the Greek island of Ikaria, for example, about one in three people makes it to age 90. Cancer rates are about 20 per cent lower than in the U.S., heart disease is about half the U.S. rate and dementia is unusual.

People inhabiting blue zones share common lifestyle characteristics that contribute to their longevity. High on their list of must-do’s are having a strong sense of purpose, constant and continuing interaction with family, and maintaining a close circle of healthy friends who live in walkable, interconnected neighbourhoods.

My mind flashes to the proliferation of “estate lot” subdivisions so popular in our area: the large single-family home plunked in the middle of a five-acre lot surrounded by a field of mowed grass where crops once grew. Is this kind of development taking us in the right direction?

Though the lack of social relationships constitutes a major risk factor for health, medical interventions often extend life at the expense of quality of life, even when evidence shows loneliness, social isolation and relationship distress are on the rise.

Those of us north of middle age are keenly aware we are the product of our choices. And we are learning that wise choices include valuing social connectedness and supportive networks.

In this increasingly isolated world, if we feel connected, we are more likely to thrive.