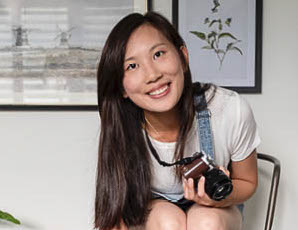 Elaine Li is a food photographer, food scientist and, if those weren’t clues, an all-round food enthusiast. In her day job she develops innovative and easy-to-cook frozen products that help consumers gain confidence in the kitchen.

Elaine discovered her passion for food photography as a way to showcase dishes she created. “Marrying food and photography is the most interesting, yet challenging thing – it involves a lot of problem solving on the fly,” says Elaine, who visited Fiona’s Cuisine in Caledon for this issue. “With a little bit of creativity and an eye to finding the beauty in food, you can always find a way to make it shine and tell its story.”

Elaine is a new Orangeville resident and says she is loving the town’s community vibes, along with its abundant restaurants, and nearby farms and breweries which satisfy her never-ending craving for good eats. When she’s not dining or cooking, Elaine also enjoys snuggling with her dog, “who is also a major foodie!” 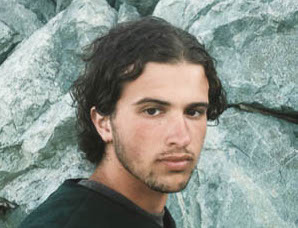 Inspired by nature, Fisher Monahan often finds himself outdoors, pen and paper in hand, drawing whatever happens to be in his way. The 18-year-old’s art reflects this casual approach to adventure – not taking anything too seriously, but still looking for vivid experiences wherever he goes.

The Creemore native is currently walking to San Francisco from Abbotsford, British Columbia, writing stories and drawing things in his trusty notebook. His previous adventure stories can be found in his Sweetgrass Chronicle series of short books, available on his website, sweetgrasschronicles.com. He publishes them himself, carefully curating each page with his full attention. “But hey, maybe a ‘real’ publisher might want to pick them up someday,” he says. During his first outing for In The Hills, Fisher hiked along the Pine River to contemplate and chronicle the flora and fauna he encountered, as well as a nearby reforestation project. After this, he’ll keep on walking, drawing, writing and searching for simplicity wherever he is.

Isabel Buckmaster recently completed her bachelor of journalism at the University of King’s College in Halifax with a minor in Indigenous studies at Dalhousie University. She has written for various print and online publications across Canada, including the Winnipeg Free Press and Halifax’s The Coast, along with local newspapers in Orangeville and Dundalk. 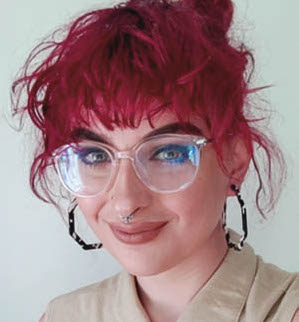 Isabel is particularly interested in covering the environment and Indigenous affairs, as well as local politics. In addition to freelance writing, she is currently working as a reporter/editor at CityNews Kitchener.

In her first piece for this magazine, Isabel, who lives in Flesherton with her family, dove into the world of community kitchens in Orangeville and Palgrave – hives of activity, as she described them – to explore how they function and who is rolling up their sleeves to cook in them.

When she’s not digging for new stories, she can be found with her cat, dancing to loud music or reading. 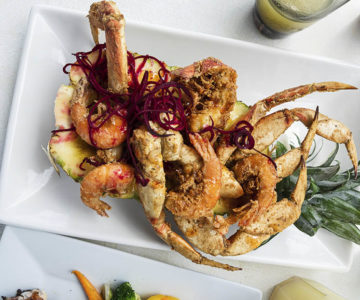 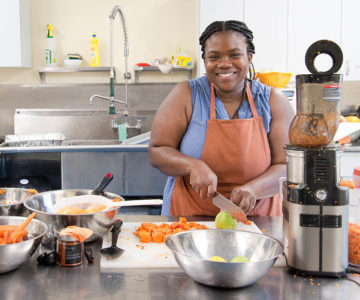 How cooks at community kitchens are rustling up a lot more than meals on their countertops. 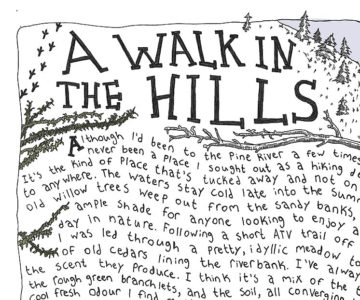 A Walk in The Hills

The illustrator behind The Sweetgrass Chronicles series turns his attention to the hills of Mulmur. 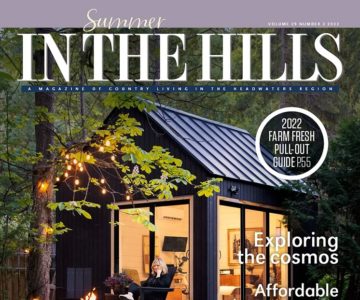