Jigsaws and Routers and Drills, Oh My!

Theatre Orangeville’s technical director, Lisa Lahue, gets her hands dirty as she helps create the imagined worlds that enchant theatregoers.

Behind the doors at Theatre Orangeville’s nondescript production shop in East Garafraxa, Lisa Lahue is building castles, touching up the paint on a towering set of trees, and readying massive barn beams, all for forthcoming productions. A huge dragon arm covered in scales, a relic of an earlier project, sits abandoned between racks of props. The floors are sprinkled with sawdust, and the walls are lined with racks of lumber, hammers, drills and other tools. For Lisa, this shop is both workspace and playground.

As technical director, Lisa takes a set design and brings it to life. A Jill-of-all-trades, she drafts technical drawings on a computer; does carpentry, woodworking and painting; creates props and wardrobe items; fabricates furniture; and helps with the technical execution of sound, lighting and moving mechanical parts. And then there’s her work on the admin side – the budgeting and scheduling that keep everything ticking. 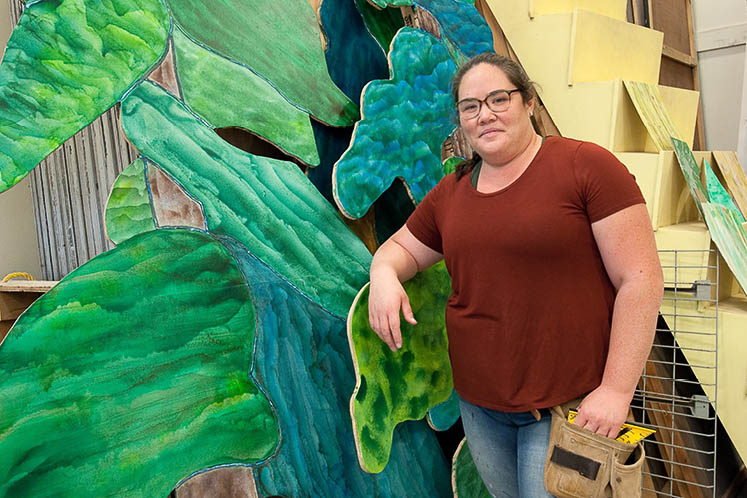 Dressed in steel-toed boots, protective glasses and a tool belt, and lightly dusted with sawdust and flecks of paint, Lisa gives me a tour, joking, “This is where nice clothes go to die.”

Lisa and her team are busy working on three sets for this season’s productions. They build anywhere from 12 to 20 sets a year, and long before opening night happens for one, they’re already well into building the sets for the next.

The Georgetown native and Orangeville resident studied theatre production at York University, but never actually built a set until she moved east to join Theatre Newfoundland Labrador. There, she spent eight years working with the Gros Morne Theatre Festival, and it was during this time her fondness for the hands-on work of theatre production became a full-fledged passion.

“I didn’t know I was capable of doing what I am doing,” she says. “I started as a production assistant, which is an entry-level position in the industry. I went out there to be a second hand to the head carpenter. I didn’t even know I had the handy skills to do what I do, or the math skills. But I tried, and I learned, and I absolutely loved it!”

Lisa joined Theatre Orangeville full-time in 2016, and more than a hundred sets later, she still feels that passion and excitement about bringing a set design to life. “The magic of theatre production is we tell a story within one location. You’re always looking at the same stage, but the story can take us anywhere. You can be inside an attic, in a snowy field, in a barn, inside a living room. But it’s all just one stage.”

Lisa laughs when I ask her if she ever feels a bit like the Wizard of Oz. “Absolutely,” she says. “Most people in the theatre wouldn’t know who I am. I can be sitting in the audience watching, and no one would ever know that I built that set. I don’t need to be on the stage, I don’t need the spotlight. I like being behind the scenes. And I love listening to people experience the show, knowing I was part of that.”

With a never-ending rotation of sets throughout the year and many other pursuits, Lisa’s work never really stops, so she likes to start her day bright and early. “Every day is different, and most days don’t go as planned. There is always something coming up, orders to place, phone calls and emails that need immediate attention. Meetings. Errands. It never stops! But it’s active, it’s thriving and it’s always interesting.”

5:30 a.m.  Lisa usually wakes up with the sun and enjoys some quiet moments in the morning as they are likely her last idle minutes of the day. She grabs some glue- or paint-stained clothes from the closet, makes tea and heads out the door.

6:30 a.m.  After arriving at her office, Lisa waters her plants and check emails before preparing for that day’s build. The barnlike set for Dan Needles’ The Last Christmas Turkey, opening in November, is filled with unique angles and curves, so there’s lots of drafting and prep to do before the physical work begins. This is her favourite time; when the shop and office are quiet, she can focus on the details.

8 a.m.  It’s time to head to the shop floor. Lisa puts on some music and starts measuring and cutting lumber. She prepares each part of the project she’s working on before starting assembly, so for days, the set may look like nothing but piles of wood. But once she’s ready to put it all together, things happen quickly. Those are the fun days, she says, when a set starts to look like the drawings.

9 a.m.  By now, the rest of the crew has come in, so she checks in with the builders and painters to ensure they have what they need for the day. During the summer, the company hires additional builders, usually an apprentice and a more seasoned carpenter-painter, but most of the time Lisa flies solo.

10 a.m.  Working through one of the set pieces raises questions about how the designer wants to manipulate one of the beams, so they walk through where they are in the build so far. Lisa makes a quick adjustment and is back at it.

11 a.m.  Lisa attends an in-person production meeting. This is when the artistic, creative and production teams come together to discuss schedules and technical aspects of the show, and co-ordinate the various departments as they move into rehearsals.

12:30 p.m.  It’s almost always a working lunch, says Lisa. She dusts herself off and heads back to her desk. “Over the last few years my job has shifted a lot to supporting the admin side, because we weren’t producing shows as we traditionally would,” she says. “As we get back into a more prepandemic routine, the juggle between the two will take time to figure out.”

1:15 p.m.  She heads back to the shop floor and checks in with the theatre’s apprentice technical director on some of the aspects of their build for the theatre’s Young Company show, which was staged at the end of August.

1:45 p.m.  It’s back to building the beams for The Last Christmas Turkey. The lumber cut that morning was for the straight and angled beams, so she is now working on the curved beams. “There are three in total that will be built from six pieces, but they all need to be identical to look like a real barn beam,” she says. “I will jigsaw one and finish its shaping, and use a router to make identical copies to the one I’ve created.”

4–5 p.m.  “I make one last stop at the desk to see what’s come up, check in with the team, free my feet from the confines of my steel toes and eventually head home – though often that isn’t where the work stops,” she laughs.

After dinner, Lisa’s evenings are usually filled with other work. She does lesson planning for the courses she teaches at York University and the Etobicoke School of the Arts. “I’m often drafting or project planning for side builds and projects, like elaborate children’s photo shoots, baby showers, weddings or whatever other life events my inner circle has coming up. My mind is rarely idle.”

But at the end of the day, Lisa’s favourite thing to do is go home to her brothers, with whom she has lived for the last five years, and spend time with her family. “My nephews are my world and there is nothing better than going home to them.” 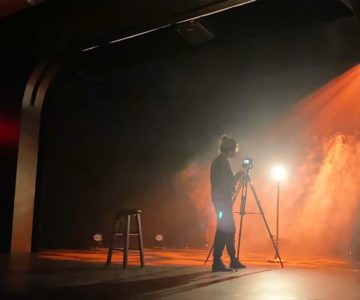 How to Save a Theatre

The creative minds at Theatre Orangeville were not about to be upstaged by a pandemic. 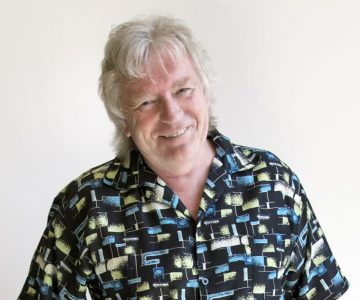 Professional actors, amateurs, young people and people with developmental disabilities come together on an outdoor stage for A Midsummer Night’s Dream. 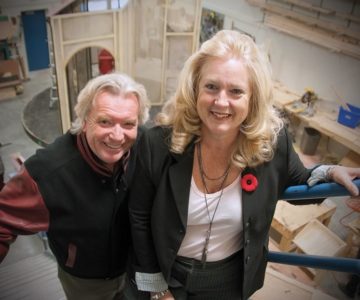