A landscaper expresses his love of chess by carving oversized limestone and granite sets built to last.

“All chess players are artists,” declared Marcel Duchamp, the French painter, sculptor and chess aficionado. This connection between player and creator certainly holds for Colby Chin. The lifelong lover of the game has recently branched out from his landscaping business to create exquisite outdoor chess sets using Ontario granite and limestone.

Colby, who lives near Creemore with his wife, Ashleigh, and two daughters, five-year-old Emma and two-year-old Sophie, learned to play chess in Grade 7 through a club at his Grand Valley elementary school. Rather than enter ranked tournaments, Colby organized informal competitions with friends, often playing outside on a deck or in a backyard. He did the same while studying landscape design at Niagara College. A self-described slower, defensive player, Colby continues to challenge friends to casual games, and has even started teaching Emma the names and moves of individual pieces. 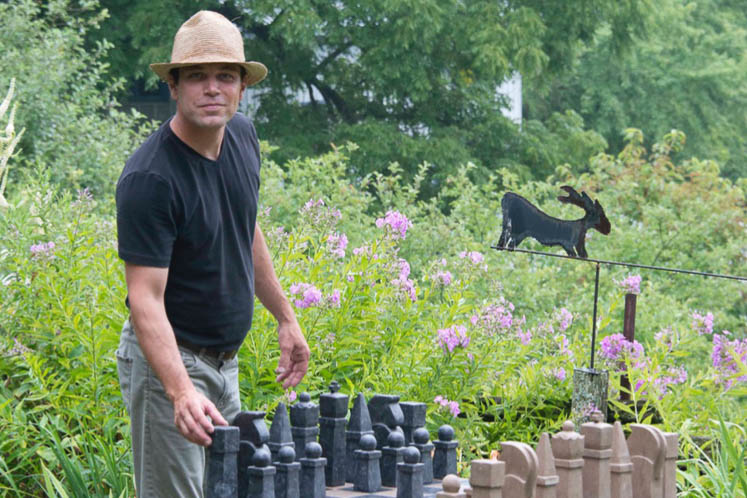 Colby’s desire to hand carve his own stone chess sets arose during his first landscaping job after college. “Doing patios or walls, there are these smaller pieces – offcuts – that get tossed,” the artist explains. “That’s how I came to it, years ago. I started seeing pawns and rooks in those.”

Though he had often toyed with piece shapes and stone, it was not until the spring of 2021 that Colby created his first complete set, including a 32-inch square board. That set, whose pieces range from about five to nine inches tall, was carved in a tent pitched on his lawn. He has since built a workshop in his backyard especially for the purpose.

There, wearing goggles, a double-filter mask and teal coveralls, Colby squares the bases of the oblong, often irregular pieces of stone with a diamond blade and cuts the design for a given piece with a grinder. Once he has achieved the rough shape, Colby smooths the stone with the polishing pads on his drill. The diamond bits on the artist’s Dremel tool enable him to work into the material’s crevices, to achieve smaller, fussier details like the crown of a queen or the cross atop a king. To make the board, Colby adheres squares of limestone and granite to a quarter-inch thick metal plate. 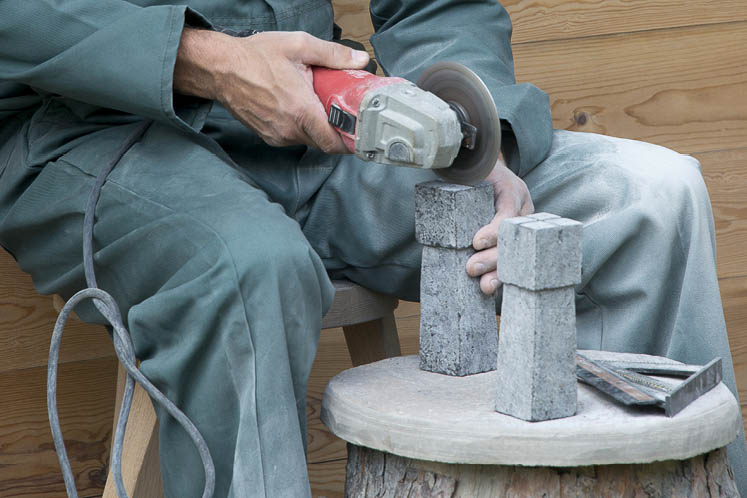 Colby uses tools including a diamond blade and a grinder to craft individual chess pieces. Photo by Pete Paterson.

Finally, the sets are clear-coated with a water-based sealer. This not only enhances the natural colour of the limestone and granite by drawing out each stone’s grain, but also provides protection against the weather. For Colby, durability is crucial. His sets are intended to be left outdoors and played on year-round. The artist himself has played on one in the winter, sitting bundled up beside a fire. “The pieces weather a bit, but the weathering adds character,” he notes.

Colby speaks passionately about creating works which will last. His chess sets offer a kind of enduring retreat, a reason to pause while walking outside, to take up the pieces and enjoy a quiet – almost timeless – moment. Envisioning a set’s final home as he works, the artist imagines it next to water and in gardens. He pictures forests in which “two people dust off the leaves to sit down on logs and play.” 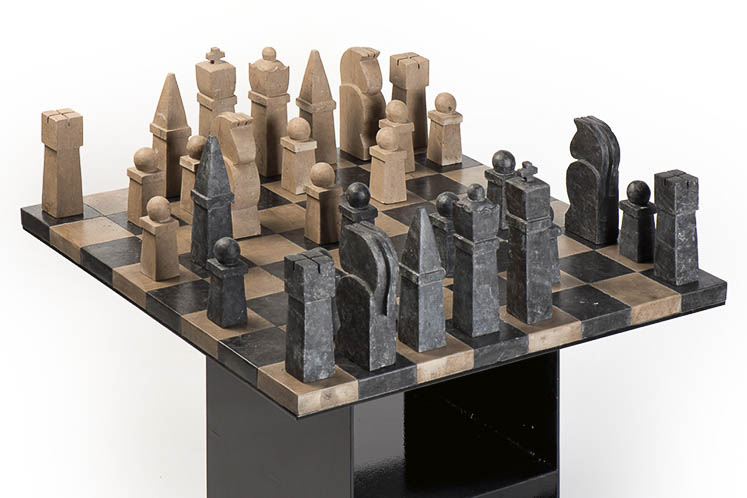 It’s a vision others appreciate, too. In the fall of 2021, he showed his prototype to a neighbour and landscaping client, acclaimed furniture designer Klaus Nienkämper. He bought the set on the spot and has since helped showcase the artist’s work, encouraging Colby to stay true to the elegant, timeless designs that flourish in his imagination, to nurture the love of material and form that initially inspired the project.

Colby launched his website, chessmason.com, last winter. To date, he has made three complete sets and is at work on a fourth. He is also experimenting with designs for smaller, 18-inch square boards, but he is not yet sure what the future holds. Still, just as when he plays chess, he is content to work slowly, thoughtfully.

“As long as I’m sending out pieces that I’m happy with, I’m happy,” he says.

About the Author More by Ellie Eberlee

Ellie Eberlee grew up in Caledon and recently completed her master’s degree at the University of Oxford in the U.K. 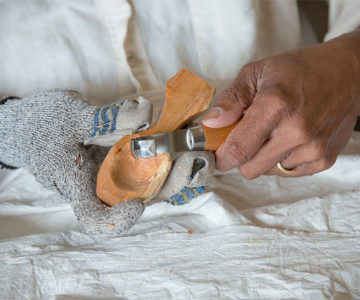 How a woodcarver finds his flow while crafting handsome – and durable – utensils and charcuterie boards. 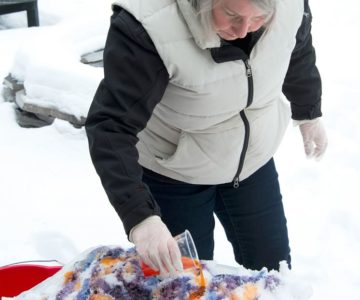 This Orangeville weaver expanded her repertoire by making an outdoor sport of dyeing silk scarves in the snow. 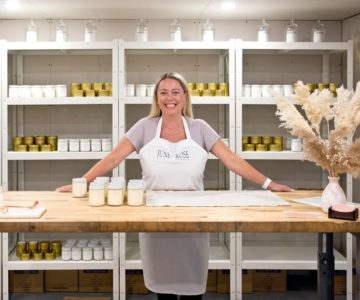 How the Caledon clothing retailer changed course to become a candlemaker with a knack for irresistible aromas. 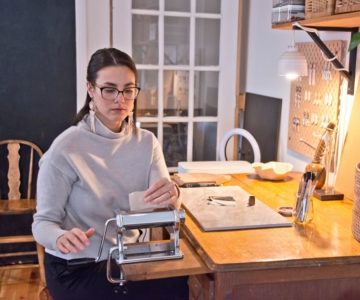