Habit of the Heart: Neil Morris

Neil was awarded Caledon’s Community Champion Award 2022 for both his longtime participation as a member of the Bethell Hospice volunteer team and his involvement in a wide range of Caledon environmental initiatives.

It’s midmorning on a Monday at the Coywolf Coffee shop in Inglewood. As the place slowly fills with patrons, more than half approach the table where Neil Morris is sitting – just to say hello.

Neil is the 2022 recipient of Caledon’s Community Champion Award for both his longtime participation as a member of the Bethell Hospice volunteer team and his involvement in a wide range of Caledon environmental initiatives.

Along with his wife, Janice, an animal welfare advocate who works to rescue and adopt dogs from northeastern Quebec, Neil moved to Inglewood in 1998.

When Bethell Hospice first opened near their home in 2010, Neil says plenty of women volunteered, but not so many men. Janice’s father had recently died – “It was my first adult experience with death,” says Neil – and it inspired him to sign up for the 40-hour training program to become a hospice volunteer. 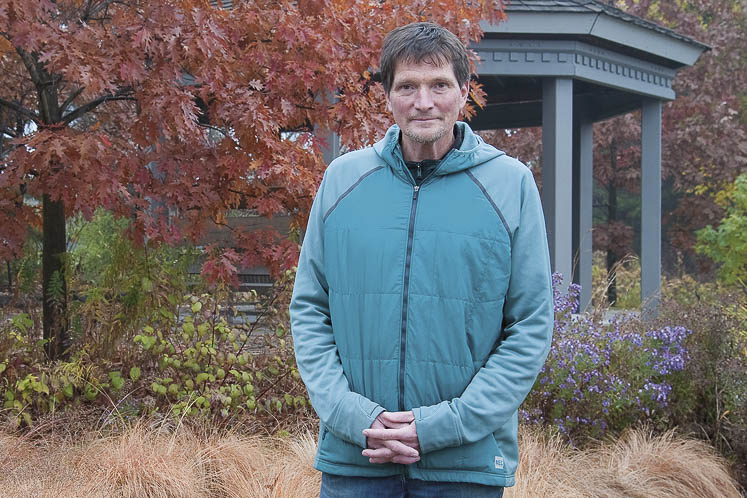 “When you’re introduced to the hospice, you realize you know nothing about it until you’re standing in it. It’s its own community,” he says. “The cluster of wonderful people who do the volunteering often make me think of that saying, ‘Habit of the heart and mind.’”

Neil’s main role at Bethell is on the maintenance team, but that has evolved into working in the kitchen and at reception, among other things. During the pandemic, he often found himself jumping in to cover shifts for others. Overall, he says, “the goal is to support the staff and try to be a positive influence.”

As a side hustle, Neil collects the crop from apple trees on the Bethell grounds, making jellies that the hospice sells to raise funds. “Learning how to make apple jelly might be my biggest achievement,” he quips, adding this touching note: “It’s a way for people to have a little piece of the hospice.”

Though Neil believes his work at Bethell is his most important volunteer role, and the one he’s most proud of, over the years the self-employed environmental consultant has also given time to more than 10 mostly environmental causes. The most rewarding, he recalls, was his nine-year stint on Caledon’s Environmental Advisory Committee, including four years as chair, and his work as a Bruce Trail maintenance volunteer, which he has been carrying out since 2000.

Neil says he would always encourage people to keep an open mind about volunteering. His first experience was donating blood as a teenager, and he says, “From the minute I took that step, it has added to the way I understand the world.”

Later he adds, “One observation I’ve had is that in all the different philosophies and religions, one prevailing theme is service to others. It gives you a better sense of the world, and of yourself.

“I like to think of that expression ‘spending time.’ Well, volunteering is a great way to spend your time.” 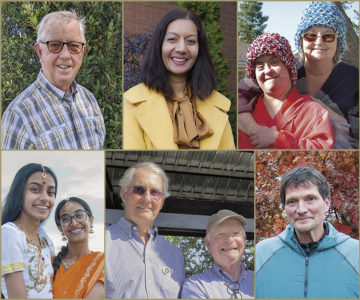