Our annual review of new recordings by local musicians with flavours of rock, country, jazz and more.

Artists often can’t explain why they start their creations and fiercely continue their devoted work until the project is complete. Despite doubt, procrastination and the spectre of criticism, magic gets concocted.

Then the artist moves on.

The art remains and is exposed for others to view, wag tongues, praise or judge wanting. And the call to produce original art remains incessant.

Michelangelo was a sculptor rather than a painter, yet decorated the glorious Sistine Chapel ceiling using an unfamiliar painting method, against his better judgment. The glorious result compromised the artist’s back and neck, and damaged his eyesight irrevocably. But the masterpiece was completed.

The creative engine of an artist can be sparked from seemingly anywhere and the engine engages to develop something unique. Extraordinary music is part of that expression, and the determination and courage to transmute a quiet signal into glory astounds me.

It is with admiration and respect that I review the music discussed on these pages, with an understanding of the odds against it being created, recorded and performed at all. I salute the courage required to wrestle and then share something that is passing through you to an audience. 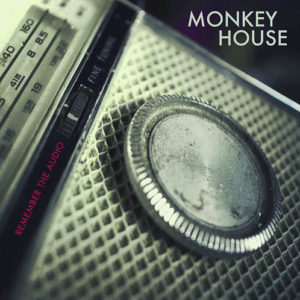 Sometimes when times are challenging, we can’t see the good things coming ahead. Don Breithaupt and Monkey House released a musical reward this year with Remember The Audio, an album that is the welcome light approaching from the end of the tunnel.

The title track, “Remember The Audio,” recalls days of listening to music on a classic transistor radio and punching presets on the car radio to draw in the sounds of Booker T. Jones, the Rolling Stones and Marvin Gaye.

Although there is an aura of impending trouble embedded in the lyrics of some of the material, such as “The Future Is Almost Gone” and “Before You and After,” Breithaupt is no pessimist.

The overarching spirit of this album is uplifting, revolving around superb musicianship from the core tribe with solo appearances from luminaries such as Drew Zingg, Michael Leonhart, Guido Basso and Randy Brecker.

All 11 tracks are exceptional and Mark Kelso’s second line drum groove on “Skin in the Game” supporting trombonist Chris Butcher’s solo work was a highlight for me. Monkey House has absolutely surmounted their previous best yet again.

Jacob Lang, a former resident of Mono Mills, has been creating unique and alluring music in the form of structured dialogues between baritone vocals and meandering instruments since 2011. 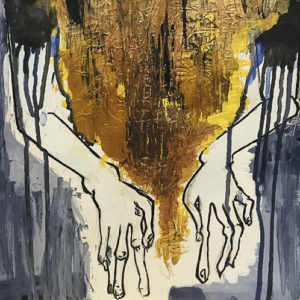 Now based in Montreal, under the pseudonym Afterwald, Lang presents listeners with “Embrace,” an ethereal collaboration of voice, strings, saxophone, bass and synth, all beautifully mastered by Lorenzo Frati.

Afterwald is also a featured vocalist on the 2022 single releases “Bebel” and “Annie” from Caesar Mirage’s EP, Negative Land, as well as on “Twilight Alone (Reimagining Infinitum Bye’s Ocean of Tears”).

Afterwald has collaborated with jazz and experimental artists based in Estonia, Italy, the U.K. and the U.S., deploying a background in both organic and electronic music and has also been involved in multimedia collaborations.

All the musical explorations channel traditional and electronic sounds to stretch the singer-songwriter form and the results are like a musical calming blanket. 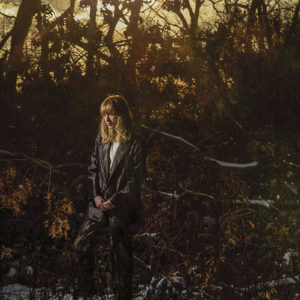 After the boldness of The Weather Station’s Ignorance, one-time Mulmur resident Tamara Lindeman, aka The Weather Station, has gone back to expressing music modestly on How Is It I Should Look at the Stars. This collection of songs was written along with the music released on Ignorance but is expressed with a different temperament.

Ignorance advanced at us, but How Is It That I Should Look at the Stars beckons us to listen to thoughts whispered out loud, chaperoned predominately by piano.

There is much to huddle up with on this recording, including “To Talk About,” which shares a view of intimate love away from late nights attempting to fit the world into a song.

“Ignorance” is also the name of a track on How Is It I Should Look at the Stars and contemplates messages received and the idea of “dragging every river for meaning.”

“Sway” was an uplifting highlight for me, with its resonating chord progression topped by brawny and buoyant vocals that somehow landed differently.

This recording is about an artist creating and expressing the way all masters do. Doing the work, then giving it away. How Is It That I Should Look at the Stars is certainly a well-received gift.

Before the pandemic, the Jay Kipps Band had their heads down at Pacha Sound in Toronto, working with producer Guillermo Subauste to finish a followup record to How to Polish Your Longhorns. 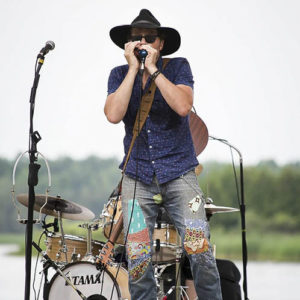 After being shut down from recording, things are back in process with final touches being added to five original tracks and individual releases appearing in short order. I recently enjoyed an under-the-radar listen and things sound better than ever.

“Little Black Train” has the signature rebel sound that this Mono-based artist has become well known for. Once the pistons and cylinders engage and the harmonica sounds, hang on for a punchy blues ride.

“Dumb Luck,” a traditional country/bluegrass shuffle, showcases Kipps’ aunt and cousin from The Blue Ridge Mountains area on banjo and fiddle respectively. It’s all about a wonderful blue VW Vanagon Westfalia adventuring toward the East Coast.

“Hot Crossed Buns” is a surf-like rocker about Simon and extra baked goods that somehow make their way to Jay Kipps during a delivery to Hockley Resort.

There are more tunes on the way and I look forward to what this roots-rock band offers up next. 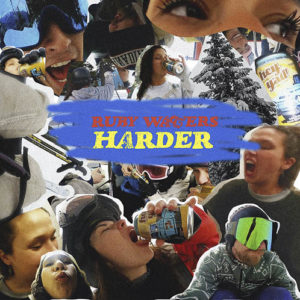 I swear that Ruby Waters visited here in a past life, basking in the music of the ’60s, absorbing the vibe of the times while preparing to make her own musical statements.

Everything this unique artist, who originally hails from Shelburne, writes and performs feels raw, confident and pounds with an honesty that connects.

Just like the days of Joplin, Baez, Melanie and Grace Slick, Ruby Waters performs with a passion intended to convey her convictions straight from the soul. It’s refreshingly inspiring.

She sings like she’s been sharing her songs for decades and this year she released two singles, “Open Arms” and “Harder.”

“Open Arms” is an invitation to sing an anthem about welcoming life with open arms, despite some days being tougher than the previous, and “Harder” is a sassy relationship song with a pleading chorus that could not possibly be repeated enough.

Ruby Waters is a musical force. Hearing this year’s singles led me to return to her earlier music and it all might be the soundtrack we need in our lives right now. 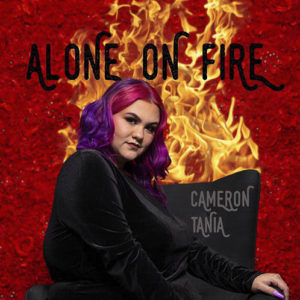 It has been written for the ages that love hurts, and “Bruised” reiterates the theme and the deterioration of reality that can happen in a demeaning relationship.

“Since You Stopped Loving Me,” which this Mulmur resident wrote at the young age of 17, is a gospel-blues-inspired ballad concerning breakup and the resultant grief, featuring Carson Freeman on saxophone and supporting vocals from Trevohn and Rianna Jones.

“Never Regret Loving You” is a sweeter recollection of the good fragments of a second-rate past relationship.

Cameron Tania conveys the emotion in her original songs by way of a refined voice and a specialty in musical theatre performance that translates well here. Alone On Fire is akin to a one-woman show, expressing stories about the one thing so many of us have shared, with Tania’s voice downstage centre, serving as the source.

Ethan Luce typically likes to take a playful approach to making music as mirrored in earlier songs such as “I’m Done” and “Fam Jam.” Associated videos are jocular and uplifting, but there’s more substance to this artist. 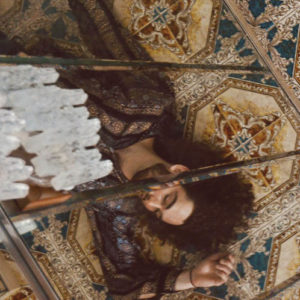 With an EP still in the works, Luce, who grew up in Orangeville, released the single “Airplane Mode” this year with a deeper message to convey.

The pandemic kept us physically apart, yet digital routes to our senses with their sometimes threatening messages continued to proliferate. “Airplane Mode” touches on this and the resultant need to get off the grid and away from the digital noise, including questionable news media.

Ethan Luce’s welcome signature vocals are up front and as silky as ever, but the chorus is punchier with a new solemnity that beats of concerning business.

The genesis of the single came from a blissful night flight with restricted internet access and how being removed from the din of the world left ample room for quiet reflection.

Get set for more music soon from this promising talent. Ethan Luce is more focused on his craft than ever and that’s a good thing for us.

Emily Gilbart
From The Road (EP)

Emily Gilbart is a singer/songwriter from Mono who has a faculty for painting experiences and feelings into her songs that attracts listeners like bees to a bloom.

From the Road is the followup EP to her inaugural release, Long Gone, and the focus is once again where it should be, on this artist’s distinctive and warming singing voice. 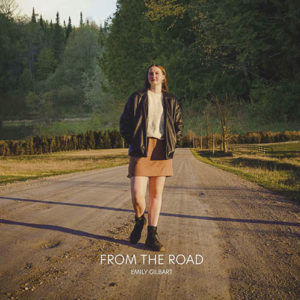 All five songs on From the Road are invitingly performed by Gilbart, with producer Bruce Ley providing a discriminating splash of accompaniment and production.

This collection begins with the pleading “Throwing Rocks,” drawing you in after only a single verse. The reflective love ballad “For You” is unabashedly shared with the listener before the album wraps up too soon with the country-flavoured tip of the hat, “From the Road.”

Emily Gilbart believes in the healing power of music to connect and inspire others to shine. She is pursuing that vision further via her current academic studies.

From the Road was a delightful listening experience from start to finish, demonstrating that Gilbart is already using her musical powers to great effect.

About the Author More by Scott Bruyea

Scott Bruyea is a musician, sales consultant and internet entrepreneur who lives in Orangeville. 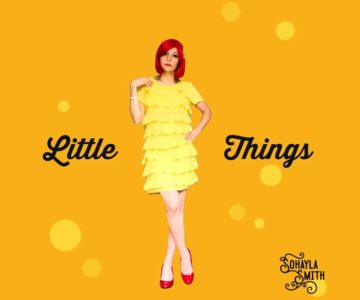 Our annual review of recordings by local musicians taps into a collaborative music scene that has stayed busy despite a pandemic keeping many apart. 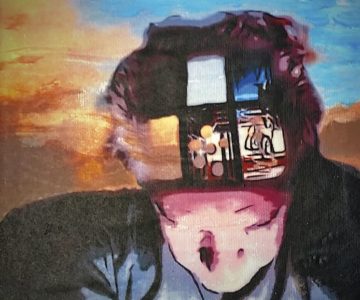 Our annual review of new recordings by local musicians.