For more than 40 summers CACY has been introducing local kids to their artistic sides. The CACY Fine Arts Show, granddaddy of the local fall art shows, helps make it all possible.

Painting and sculpting and crafts – awesome! And copper and glass and mosaics – too cool! What about cosmic art from outer space? And fleece creatures? Is this Dorothy experiencing the wonderful land of Oz or could it possibly be Caledon’s best-kept secret?

These tempting offerings were part of this summer’s Caledon Arts and Crafts for Youth (CACY) workshops for children aged five and up, a program that has existed for over forty years and shows no signs of losing steam.

Guided by artists who are professionals in their fields, the fourteen workshops, each a week long, ran from early July to the end of August. Depending on the art medium, class sizes ranged from six to ten students. This year, 135 children spent their mornings or afternoons happily lost in the joy of artistic creation. And, over the years, thousands of children have experienced the same thing.

Also new to the program this year was digital nature photography for seven to ten year olds. “I learned a lot about the camera, and now I know more, so it will be easier to use,” said Maggie Clare, 9, of Caledon East on the final day of the course.

I sat in on that last class and learned a little about downloading photographs myself, before heading outside with students and instructor Kathleen Rogers for a final photo shoot of insects, flowers and landscapes.

Photography was the f irst of three CACY programs that Hannah Raymond, 10, enrolled in over the summer. “I love it,” she said, as she clicked away at butterflies balanced fleetingly on wildflowers. “And I also love the arts and crafts part – making my photography book and decorating the cover.” She eagerly showed me her book – twice.

Teaching the photography course brings instructor Kathleen Rogers, 26, full circle this year. The Bolton resident was first introduced to CACY at the age of nine. Over the years, she took pottery, stained glass and watercolour courses, among others. Kathleen went on to score at the top of her class in the photographic arts course at Robert F. Hall Secondary School. She continued with studies in creative photography at Humber College while interning at the Royal Ontario Museum. She recently added an honours degree in media studies to her resumé and, since 2004, has operated her own company, Kat Eye Imaging, specializing in digital photography and image enhancement.

Kathleen never forgot her childhood CACY experience. In 2005, when she presented an exhibit of images at the Caledon Centre for Recreation & Wellness, she decided to donate a portion of the profits to a charity.

“I find it upsetting that arts are disappearing from the schools. I was always a big art student and I think it is really important for children to have art classes, whether fine arts or functional arts,” Kathleen says. “So I thought CACY would be a great organization to help out.” 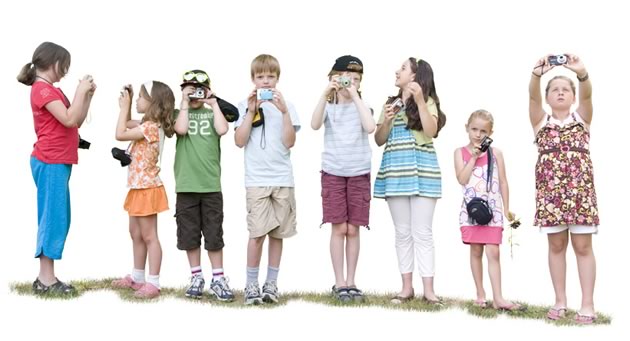 Reconnecting with CACY, Kathleen attended the general meeting that year. It was a good fit. She has been secretary of the organization for the last three years. And this summer she taught her first workshop for CACY in the same room in the same building where she attended her childhood classes. This year she has also taken on the role of co-ordinator of the 52nd CACY Fine Arts Show.

Kathleen is passionate about the fall show. Profits from the show help to finance the summer workshops and to provide high school art scholarships, and she wants to see this granddaddy of local art shows return to its former glory.

In 1981, the show had forty vendors at three venues, with shuttle buses to transport the 5,000 who attended. Since then numbers have dropped off. Kathleen attributes the decline to competition from the growing number of other area art shows, a lack of volunteers and a miniscule advertising budget.

“I’m trying to get the information out there about CACY and the fall show to drum up more enthusiasm and participation,” she says.

This year’s show will offer an eclectic mix of works by more than twenty artists, the majority of whom are from Caledon and area.

Kathleen notes some changes to the event since its fiftieth anniversary in 2007. “It used to be strictly an art show, but now we are combining the art show with free art classes and youth involvement, as well as displaying artwork created by workshop instructors.”

Also new this year is the art show’s amalgamation with the second annual Caledon Day at the Caledon East Community Complex. It’s a move designed to introduce more Caledon residents to local artists and more parents and kids to CACY’s summer programs.

So, on October 3, slide into those ruby slippers, click your heels together and say, “There’s no place like Caledon.” You might be in for a surprise.

A brief history of Caledon Arts and Crafts for Youth

1957
The Fine Arts & Crafts Show is founded by the Caledon East Women’s Auxiliary to promote the arts in Caledon and support local Guide and Scout groups.

1976
Spearheaded by Daphne Lingwood, one of the original members and a long-time sculptor and painter of leather art and jewellery, the Fine Arts & Crafts Show is reborn as CACY (Caledon Arts and Crafts for Youth), which holds the arts shows along with other events. For over forty years, the show has served as a fundraiser for the summer arts workshops and also supplies art scholarships to local high school students.

1981
CACY Fine Arts & Crafts Show has a banner year with forty vendors and 5,000 in attendance. The new Caledon Community Complex opens and the CACY summer art program moves into its own room.

2007
Daphne Lingwood is honoured with a stone on the Caledon Trailway Walk of Fame for her artistic contribution to the quality of life in the area and for her work with CACY. A successful gala is held at the Royal Ambassador in celebration of CACY’s fiftieth anniversary.