Babies arrive trailing clouds of happy expectations. But often those first few months can be anything but a joyful experience. Fortunately, this region is rich in programs to help mothers cope.

Jennifer Van Winden is a confident and assertive woman, but when her second baby was born, she felt more like a lost kindergartener on the first day of school.

Her son Tommy was just 19 months old and Jennifer was breastfeeding baby Sarah every two hours around the clock. By the time Sarah was a month old, Jennifer was exhausted and irritable, with little time left over for her son.

It didn’t help that the family had moved to Orangeville from Hamilton just three weeks after Sarah was born. In Hamilton, where Tommy was born, Jennifer’s family had been readily available to lend a hand. Now, feeling anxious and inadequate, Jennifer didn’t know which way to turn.

Jennifer’s feelings are hardly uncommon. When a new baby is born, a new parent is born as well, and both have much to learn. Every baby is different, and even second- and third-time parents can lack confidence in their skills and need to learn to trust their instincts. To make things more difficult, many mothers, like Jennifer, have moved away from their families and no longer have that support to help them through the learning curve. 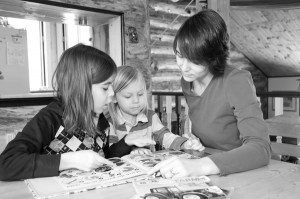 Amanda Philip was fairly new to the Hillsburgh area when her daughter Timber was born. Most of her family and friends lived in Hamilton and Amanda had recently left her job at a Georgetown chiropractic clinic. She felt isolated in her country home and had no one nearby to ask for advice. After Timber went through a growth spurt at three months, Amanda was concerned that she was not getting enough milk.

Amanda called the local La Leche League, a mother-to-mother support network for breastfeeding women. The volunteer leaders at La Leche are experienced mothers trained to provide one-on-one counselling by telephone and in person. The organization also sponsors monthly meetings where discussion centres around breastfeeding, but can include other parenting concerns.

Amanda was invited to the next meeting and quickly became a regular attendee. The meetings offered her a chance to socialize and share experiences with other mothers.

“I was always encouraged to listen to my mothering instinct first and foremost, as this was telling me what was best for my child.”

That confidence has carried into other parenting decisions and, seven years later, Amanda is still attending meetings, but now as a leader. “I feel strongly about the need for new mothers to have the information and support I gained through La Leche League.”

Amanda, who now lives in Amaranth, made long-lasting friendships with some of the other mothers in her group and they introduced her to other local resources, including the Ontario Early Years Centre (OEYC) which offers Family Time (a drop-in program), parenting and child-parent workshops, a childcare directory, and other services. The programs vary from centre to centre. Some are geared toward mothers only, but most also welcome fathers and even grandparents.

Pam Seidel of Bolton has been visiting the local OEYC since her oldest daughter, now three-and-a-half, was just a few months old. “The staff is amazing,” she says. “They genuinely care about the mothers and their children and are passionate about what they do. It’s more than a job to them.”

She attends the OEYC at least a couple times a week and both her daughters (the youngest is 17 months old) are enrolled in activities. She calls it her “home away from home,” a safe place to meet other mothers and playmates for her children.

One of the first programs Pam participated in was You and Your Baby, for new mothers. Weekly classes cover topics such as nutrition, health and safety. A similar program, called Baby Basics, is offered in Dufferin and Wellington by the public health unit.

Pam says the opportunity to share the highs and lows of motherhood is important. It can be lonely staying home with a new baby whose only form of social interaction on some days is crying.

Pam now serves on the volunteer board of OEYC, as well as two committees. She also works as a part-time teacher on evenings and weekends when her husband is available to care for their children. Without OEYC, she says she would have had a harder time staying home during the week.

According to literature from Best Start, Ontario’s maternal, newborn and early child development resource centre, four out of five mothers will experience the “baby blues,” and one in five will have a postpartum mood disorder, making it a more common complication of pregnancy than cæsarean section. 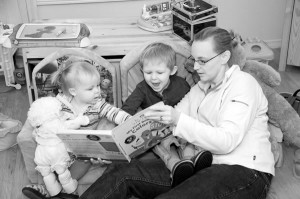 Jennifer Van Winden reads with her children Sarah and Tommy. After attending the Feelings After Birth program, she came to realize that “being a great mom is an evolution, not an inborn trait or something you can learn from a book.” Photo by Pete Paterson.

Looking back, Jennifer Van Winden realizes she suffered from postpartum depression after the births of both her children. With the help of her family she had struggled through in Hamilton, but alone in Orangeville it wasn’t until she found OEYC that she was able to grab a lifeline.

She took the advice of a friend and began attending a support group called Feelings After Birth (FAB). It is a collaborative program run by OEYC, public health and Dufferin Child and Family Services. A similar program, called Adjustments After Birth, is available in Bolton.

Jennifer still describes her first FAB session as “horrible!” Tommy cried at being left in the on-site childcare, while she sobbed through her story in the meeting room. She left more exhausted than when she’d arrived – something she hadn’t thought possible.

Nevertheless, she returned the next week, apprehensive, but encouraged by the unconditional acceptance and understanding, along with the useful information, she’d received that first week. Tommy quickly fell in love with the childcare providers, and after a couple months, even Sarah – who rarely left Jennifer’s arms – would stay in the childcare room for an hour or so.

Robin Berger, the public health facilitator at FAB, is a lactation consultant as well as a nurse. She reassured Jennifer that it was normal for Sarah to nurse so frequently, and offered other breastfeeding information. Jennifer began to relax – and so did Sarah, who soon began sleeping in four-hour stretches at night.

Jennifer now describes OEYC as “one-stop shopping” for all the support and information her family needs. In one place she found answers about breastfeeding, toilet training, nutrition, child development and postpartum adjustment.

She has taken several of the parenting workshops where she has not only met other parents with similar concerns, but also discovered lots of great ideas to try and a sense of community. “Not only have I benefitted,” she says, “but my kids have been given the best start in life.”

These resources also give mothers somewhere to turn for guidance besides parenting books and the Internet. While these are also useful, it can be difficult for a new mother to find the time or energy to read the books or sift through all the information on the Internet. As Jennifer explains, “A book can’t pass the tissues or offer a hug in support.”

Attendance at FAB is “open,” so new mothers begin and others leave (or “graduate”) according to their own needs. The new members witness how symptoms of depression have subsided for the veterans, and the veterans can see how far they’ve come. The groups are kept small and discreet, so they aren’t intimidating for the newcomers.

The weekly meetings begin with a check-in, where each mother can talk about her week, ask questions and receive feedback, or simply vent. The facilitators strike a balance between this “air time” and offering tools the mothers can use in the future, such as problem-solving techniques. DCAFS facilitator Nina Little describes the program as a truly “group” experience where both mothers and facilitators participate fully in the process.

After her positive experience at FAB when Timber was an infant, Amanda Philip returned to the program after her son Rush, now three, was born. “Having a safe place to talk about my frustrations, feelings and disappointments helped to relieve some of the pressure building up inside, and allowed me to relax more with my children.”

The mothers who attend FAB come from all walks of life. They are first-time and fifth-time moms, young and “mature,” single and married. Postpartum mood disorders do not discriminate against anyone. Still, many mothers feel the need to hide their struggles because they’re afraid of being judged or are ashamed that they need help. As one mother put it, “I was crumbling on the inside, but no one knew.”

At FAB, mothers can take off their masks, shed the illusion of perfection, and discuss their feelings with women who understand because they’ve been there too. “It helps just knowing you are not alone,” Amanda says. “There are other mothers who aren’t perfect.”

Jennifer says the group was a life-changing experience where the skills she learned, such as active listening and a greater degree of empathy, help her in other areas of her life. 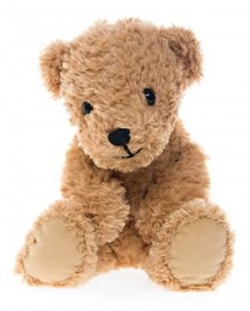 Among those lessons, she says, “I now understand that asking for help does not weaken me.” Instead of aiming to be the “perfect super-mom,” she is content to be the best mom she can be. “Being a truly great mom is an evolution, not an inborn trait or something you can learn from a book and implement overnight.”

Indeed the benefits for many mothers often reach beyond the problem or question that prompted the original contact. Mothers say their relationships with their babies, their other children, and even their partners are improved. Perhaps more important, the mothers are getting their needs met – for friendship, reassurance, encouragement and support, or even a small break from the daily routine – and this has a positive effect on those around them.

Susan Willnecker, Orangeville’s OEYC program co-ordinator and FAB facilitator, often uses this analogy: Flight attendants tell passengers that in emergency situations, adults must put oxygen masks on themselves before helping their children. This is, of course, because a person deprived of oxygen will not be able to help others for long. The same principle applies to motherhood: mothers whose needs are met have more to give their families.

For a full list of services and contact information mentioned in this article, along with other services available to parents throughout the Headwaters region, visit www.kidswww.inthehills.ca

Dufferin parents will also find a useful directory of family services at a new website recently launched by the Dufferin Coalition for Kids, or DuCK, an advocacy group comprising organizations that provide services to families and children up to 18: www.dufferinfamilydirectory.org

Below is a quick reference to some of those services:

Both public health units offer a variety of services for parents of newborns and toddlers, including breastfeeding centres, drop-in programs and parenting classes.

Infant and Child Development Service Peel For children at risk of, or experiencing, developmental delay. 1-877-266-4566

A freelance writer and mother of five, Laura LaRocca lives in Laurel.
Add a Comment