“We want people to taste the bounty of the land that is threatened by the quarry,” says Stadtländer.

We are stardust
We are golden
And we’ve got to get ourselves
Back to the garden.

The garden, in this case, is thousands of acres of prime farmland in Melancthon Township, currently under siege by a Boston-based hedge fund that plans to turn it into the second largest limestone quarry in North America.

By now you’ve probably heard the mind-numbing details: 2,316 acres, 600 million litres of water diverted daily, 300 trucks every hour, the source of five rivers. Maybe you’ve already signed a petition or written your MPP or sent a cheque. Well, now there’s something else you can do to help stop the mega-quarry: Set aside Sunday, October 16 and take the whole family to Foodstock.

The Canadian Chefs’ Congress invites everyone who cares about food and water to attend a mega food festival in Melancthon Township, a day-long event that organizers say will be to local food and water what Woodstock was to rock and roll. CCC president Michael Stadtländer, who lives and works not far from the proposed quarry lands, is hoping as many as 20,000 people will attend Foodstock and lend their support to the cause. 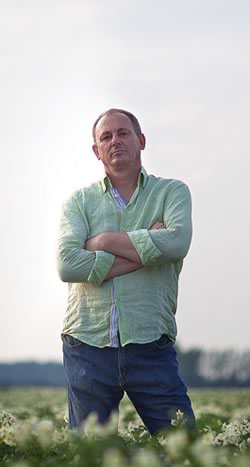 “We want people to taste the bounty of the land that is threatened by the quarry,” says Stadtländer, and to sample the clear, clean water that comes from the farmlands The Highland Companies plans to destroy.

As many as 70 chefs will each create a signature dish for the event. Among those contributing their culinary genius are Jamie Kennedy, Anthony Walsh (Canoe), Donna Dooher (Mildred Pierce), Chris McDonald (Cava), Anthony Rose (Drake Hotel), Paul Boehmer (Boehmer) and, of course, Stadtländer.

“The idea,” says Christian Morrison, one of Foodstock’s organizers, “is to get as many people as possible to show up.” The event is being hosted by the four farm families who held out against Highland’s offers to buy their land. Details were still being worked out at press time, but organizers hope to close Highway 124 for the day so people can move freely from farm to farm, sample some great food and lend their voices to the groundswell of opposition to the quarry. Admission is pay-what-you-can with proceeds going to underwrite the considerable costs of fighting the proposed quarry.

“We want this to be a giant food fair,” says Morrison, “bringing together as many people as we can because it’s clear that this is a mad, mad project.”

Seems like we have to do something to ensure all that aggregate needed to pave Paradise isn’t going to come from right here in our own backyard.

For directions and details, go to canadianchefscongress.com.

In the meantime, we hope you enjoy this second issue of Food In The Hills, a meaty one in every way, including Brad Holden’s profile of some very special cattle, Nicola Ross’s investigation of the plight of small abattoirs, and our pick for this season’s Best Bite, house-made charcuterie from the Hockley Valley Resort. It’s also the baking issue, and wherever possible, we have passed along recipes – for everything from Jean Denison’s prize-winning date squares to Wilma Zeggil’s apple pie – created by people a lot like yourselves: home cooks who care. 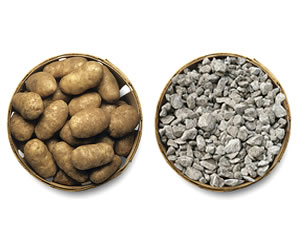 Or drink cement. Or greet your neighbours across a 2,300 acre pit.