A highly selective guide to the picks of the winter season in the Hills of Headwaters.

Looking for high-quality, handcrafted gifts for the special people on your list? There’s no need to head south and battle for parking at Toronto’s One of a Kind Show. Instead, just skip on over to Dufferin County Museum & Archives for the Holiday Treasures Show & Sale. The sumptuous offerings include original works by more than 45 of this region’s finest artists and artisans. You’ll find festive hats, scarves and other knitwear, functional and decorative pottery, glass and wooden items, paintings and cards, and all kinds of seasonal decorations.

Now in its eighth successful year, the Holiday Treasures Show & Sale is on until December 4. The museum is located at Airport Road and Highway 89. Special admission price for the show is $3. For hours and more information, see dufferinmuseum.com. 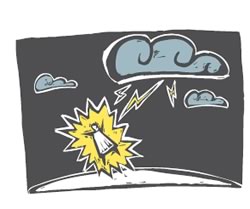 Come February, all the Valentine’s Day schmaltz will get a kick in the pants when Caledon Townhall Players presents the premiere of Can Lightning Strike Twice? Writing under the pen name Roxanne Thornton, Erin playwright (and retired Erin high school teacher) Pamela Niesiobedzki-Curtis has crafted a broad romantic farce in which Don “Juan” Defleur visits his old buddy Howard on a stormy night to seek advice on his problems with his mistress and his older female benefactor. Enter the irate mistress, and in the rapid-fire (literally) mayhem that follows, Don is shot at the exact moment he is also struck by lightning. Instead of dying he is transformed into a woman and suddenly experiences life from the other side of the gender divide.

Evening performances of this wacky, romantic cautionary tale take place at the Old Townhall Theatre in Caledon Village on February 16–18, 24, 25 and March 2, 3, with a matinée and dinner theatre on February 25. Showtimes and prices at caledontownhallplayers.com, 519-927-5460. 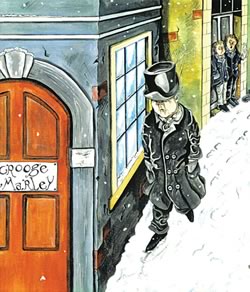 This season you can take your pick from at least three versions of the timeless tale, A Christmas Carol.

From the time Charles Dickens first published his novella, A Christmas Carol, in 1843, the story has been retold and reworked like no other. At the heart of every adaptation, though, remains the heartwarming redemption of the greedy and loveless Scrooge. This season you can take your pick from at least three versions of the timeless tale.

Theatre Orangeville presents a musical adaptation in which, along with the ghostly apparitions, there is dancing, singing by the T.O.Y.S. choir and traditional carols. December 1 to 23. Box office: 519-942-3423; theatreorangeville.ca

Rose Theatre in Brampton presents A Christmas Carol, The Musical, an adaptation that ran for ten years on Broadway, staged with falling snow, exuberant dancing and flying ghosts. It runs from December 15 to 18. Showtimes and details at 905-874-2800; rosetheatre.ca

Must feed a family 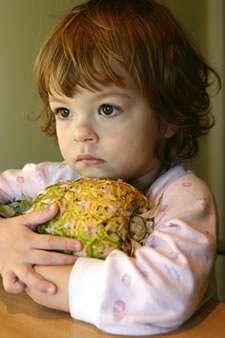 You can do your Christmas shopping and help out a Caledon family in need without ever leaving home – all via the gala online auction presented by Caledon Community Services. Friends of CCS are invited to go to the website and find more than 250 large and small items (with new ones added daily) donated by a host of local businesses and individuals. The items up for bid range from hockey tickets and toys, to electronics and clothing, to vacations and jewellery – all organized by category.

Or if you prefer, you can help out a family directly by purchasing one of the six items in the “Best Stuff” category. For example, you can “Feed a Family for a Week” for $250. However, the proceeds from any purchase you make in any category go toward the organization’s goal of raising $40,000 to carry on such programs as its food bank, Santa Fund, seniors’ support, and educational counselling.

To get started, just go to ccs4u.org, click on “You’re Home for the Holidays” – and start bidding. But act fast, bidding closes at 11pm on November 30. 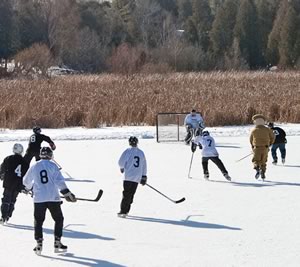 Come out and cheer on your hometown hockey team at the third annual Alton Millpond Hockey Tournament on January 28.

Come out and cheer on your hometown hockey team at the third annual Alton Millpond Hockey Tournament on January 28. Teams (30 years or older) from Alton, Belfountain, Inglewood and Caledon Village will spar off in pursuit of the Millpond Cup, refereed by former NHL official and Hockey Hall of Famer Ray Scapinello.

The puck drops on the frozen pond for the first of the village teams’ four games at 9:30am. There will also be a women’s game at noon. During the day, players and fans alike can refuel with hot chocolate and snacks or relax in the beer tent sponsored by the Caledon Lions Club. It all wraps with a barbecue dinner put on by the Caledon Optimists ($30). All proceeds go to the Millpond Rehabilitation Fund.