How a couple of avid tomato lovers are helping preserve the amazing variety of their favourite heritage fruit. 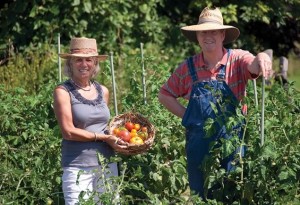 SueAnn Wickwire and Bill Mann in the garden at SueAnn’s Lavender Farm. Photo by MK Lynde.

Box Car Willie, Aunt Gertie’s Gold, Arkansas Traveller, Banana Legs, Matt’s Wild Cherry, and the curious Radiator Charlie’s Mortgage Lifter: the names read like entries from the daily racing form at the track. Yet these are just a few of the colourful monikers, rich in story, place and era, belonging to the humble heirloom tomato.

Once an abundant mainstay for the home gardener and market farmer, the heirloom tomato’s future is now in doubt. A potential victim of mass production and monocultured times, varietals of its seeds are currently being preserved against extinction in the curatorial collections of seed banks around the world.

Decades ago commercial growers, wanting to standardize tomatoes for efficiency and profit, created genetically altered hybrids with thicker skins to withstand long distance shipping and extend shelf life, as well as consistent shape and colour for uniform display. Somewhere along the line, flavour fell off the truck.

“Once you’ve tasted an heirloom tomato, it’s going to make winter tomatoes in Canada taste even worse!” warns Creemore-area resident Bill Mann, an enthusiastic ambassador for heirloom tomatoes. A long-time tomato passionné who loves to cook and insists “having good tomatoes to start with makes for a better final product,” Bill used to drive out to Mennonite country for his tomatoes because he realized the taste difference “was phenomenal.”

“That’s when I got interested in growing heirloom tomatoes,” he says. After a few seasons of experimenting with varieties, Bill wanted to share his journey with the world around him, especially his neighbour and consummate gardener SueAnn Wickwire. Together they organized a communal seed ordering scheme so they could introduce friends and neighbours to the joys of growing their own. It was locavore power in action.

Passionate about the merits of growing these historic beauties, Bill and SueAnn cheerfully proselytize to anyone who will listen. While it’s hard to resist the pair’s infectious enthusiasm, it’s really the tomatoes’ own pizazz and beauty that knocks people over. As Bill will tell you, “We eat as much with our eyes as with our taste buds.” 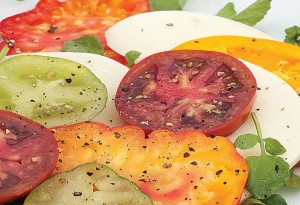 Bill invariably arrives at a community potluck supper bearing a rainbow platter of wildly colourful tomatoes sprinkled with olive oil and balsamic – and that’s just the prologue. Wait until you taste them. “It’s fun to watch a new discovery happen,” he admits. As one blown away convert puts it: “It’s a huge WOW!”

SueAnn and Bill research and experiment endlessly with historic heirloom tomato varieties, sharing their detailed findings each January (including sugar content measured on the vintner’s Brix scale) with a growing following of heirloom converts who receive an informal order form the pair organizes. It’s their way of espousing a philosophy of “grow local, eat local, reap the joy.”

For more than six years they have been introducing the uninitiated to this wisdom and, not unintentionally, helping conserve and propagate an important part of genetic history.

“We wanted to make it easy for people who’ve never had them before to grow their own, and to get the great pleasure that comes from producing them,” says Bill, adding, “I think it’s a personal equivalent to the locavore thing. There’s nothing more local than your own garden, and the joy you get from pulling something out of your own garden.”

They’re not in it for a profit. It’s simply about sharing the good word. As Bill puts it, “What we do primarily is try to be missionaries for heirloom tomatoes. We try to do that by making access to good heirloom tomatoes easy because it’s often hard to find these heritage varieties in plant form, and it takes some artistry to grow them to a good plant from seed.”

Using their own observations and feedback from members, Bill and SueAnn make up a list of varieties in late fall. Each year, they drop a few and add new ones, trying to keep a nice mix between early and late producers, small and large sizes, and a range of colours. Members choose from the list, and Bill and SueAnn order the seeds from Canadian heritage seed houses. 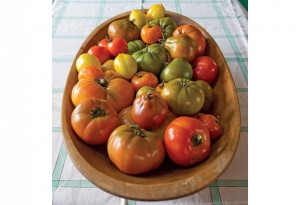 When the seeds arrive, they pass them on to Katie Dawson, owner of Cut and Dried Flower Farm near Glencairn. In mid March Katie starts the seeds in her temperature-controlled greenhouses under perfect conditions for producing strong and healthy young plants. By the end of May, the tomatoes are 12 to 15 inches tall and ready for planting outdoors.

Katie, a professional horticulturist, is full of praise for the venture. “Their little project has really grown over the years. It was Bill who introduced me to heirloom tomatoes. He and SueAnn were way ahead of the wave of popularity for them,” she says.

At first, Bill and SueAnn offered their extras to Katie to sell at her nursery. But over time, more of Katie’s other customers began asking for them. As a result, she has begun marketing her own assortment of heritage tomato plants, which she grows on her farm and sells at her nursery. And so Bill’s little seed of an idea is sown again and again.

Meanwhile, will people wake up to the immense differences between heirloom and commercial tomatoes?

“There’s just no comparison in taste!” says SueAnn with conviction. “If you’re a foodie, you must move towards heirloom tomatoes. You’ll get completely spoiled once you move to the heritage tomato camp. You’ll never go back!” 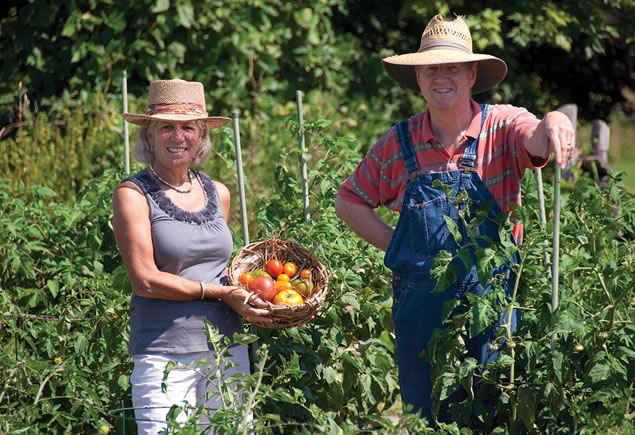 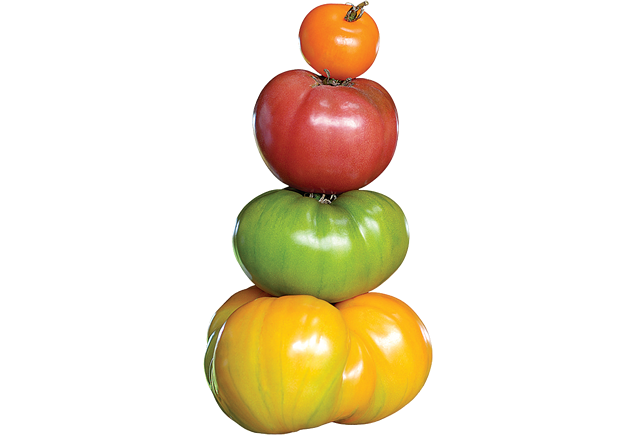 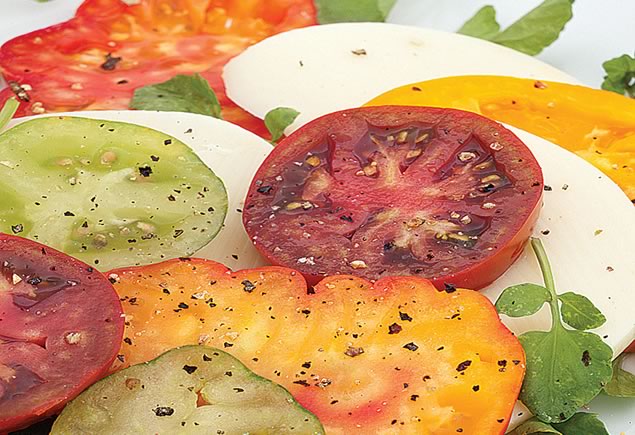 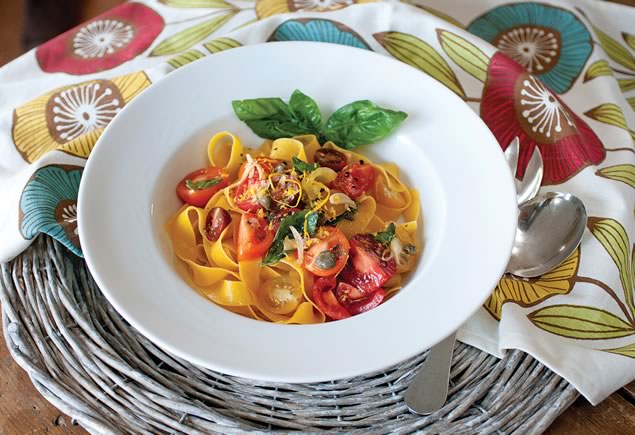 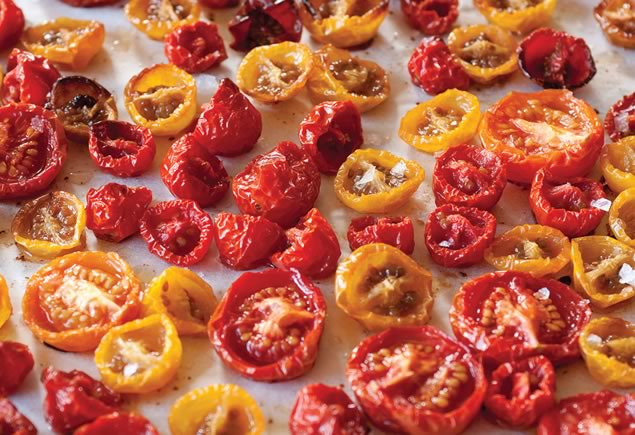 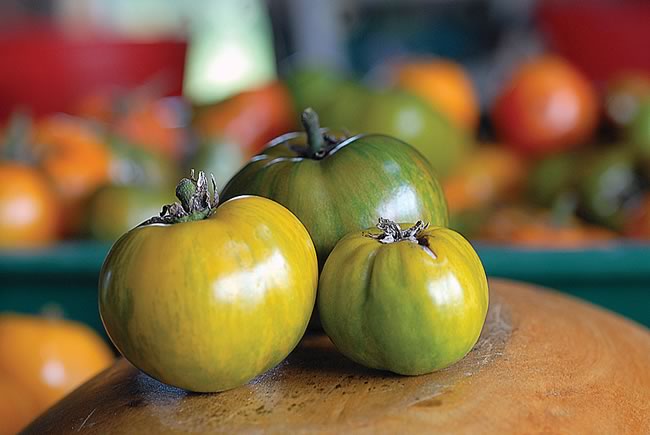 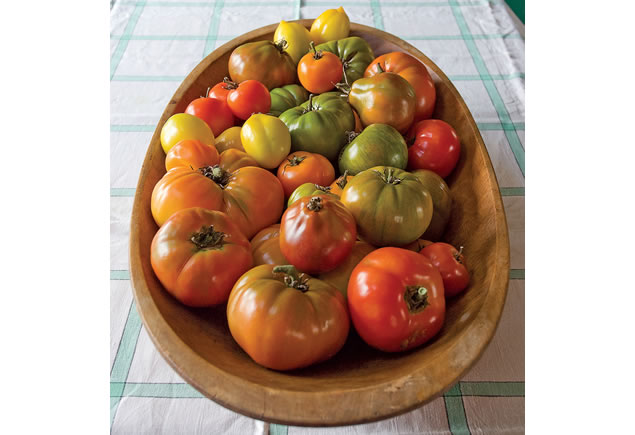 There are many books on the topic of heirloom tomatoes, but Bill and SueAnn’s bible is Amy Goldman’s The Heirloom Tomato: From Garden to Table (Bloomsbury 2008). It’s gorgeously illustrated and equally rich in recipes, portraits and the “history of the world’s most beautiful fruit.”

Seeds of Diversity is a Canadian charitable organization dedicated to the conservation, documentation, and use of non-hybrid plants of Canadian significance.  It has over 1,400 members who together grow, propagate, and distribute over 2,900 varieties of vegetables, fruits, herbs, grains and flowers. It’s a living gene bank, without which many of our heirloom varietals would be lost forever. Take a look at their website – it’s both an education and a wake-up call. www.seeds.ca

About the Author More by Nancy Falconer 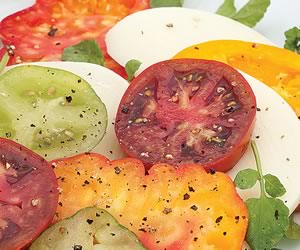 There’s just no comparison in taste! If you’re a foodie, you must move towards heirloom tomatoes. You’ll get completely spoiled once you move to the heritage tomato camp. 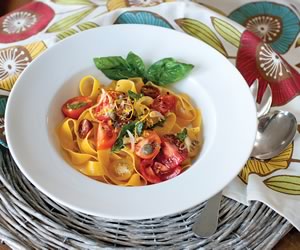 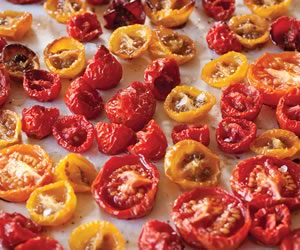 Use the small varieties of heirloom tomatoes for this. They collapse on the trays and the taste is deep, rich and oily after roasting for 2 to 3 hours.