A Home Designed for Generations

The property had to have a swimming pond, privacy and a great view. 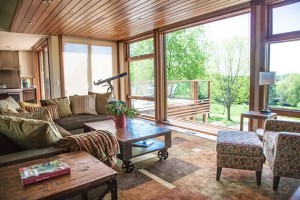 The living room overlooks the woods, a long lawn and boardwalk to the pond. Photo by Pam Purves.

This husband and wife are very different people. She loves the city. He loves the country. She loves contemporary traditional style. He loves ultramodernism. How on earth did the two manage to build a country home that both would love?

The idea of living in the country took root a long time ago. The husband, a physician, wanted to practise in a smaller community. The wife wanted to remain close to city-based book clubs and arts. On the surface it may appear he won the debate. They sold their Toronto home and moved to a property in central Caledon.

But she had criteria for the move. The property had to have a swimming pond, privacy and a great view. It also had to be close enough to the city for her to get in and out easily every week. After five years of searching, they actually found a property that fit all the criteria – so here they are.

The country was an immediate hit with their daughter and her first child, who spent a lot of time there. But the house was so small their granddaughter’s crib sat in the hall. In time, other grandchildren started to arrive, so the two were faced with a choice: sell or rebuild. 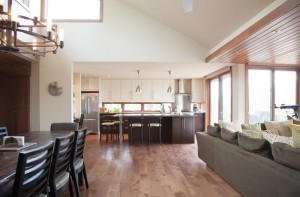 The public spaces are bright and roomy, and the cook has the place of honour at the top of the order. Photo by Pam Purves.

Collaborating with architect Neil Ironside of Ironside Architect of Toronto and local builder Patrick Skuce of Caledon Building & Design, they built a home that offers comfort to families with children and privacy for everyone. The architect’s brief was to create something that would work for a growing family, that would afford privacy and that would not be too expensive.

To this list, Neil added “beautiful.” He is an exponent of the modestly beautiful home and of form fitting function. Everything about this house was well thought out – from the family’s current living requirements through to their potential needs as seniors in the future. Patrick brought in the construction phase close to budget and transformed the plans into reality with a degree of precision, attention and imagination that went beyond expectations.

The home is a good example of a two-storey bungalow. Built on the side of a hill, it presents at the front as a single-storey home, but it also boasts a spacious lower level that offers a wall of windows, walkouts, light on three sides, and a screened porch facing the pond and gazebo.

The lower level was specifically designed for children and grandchildren. It includes two bedrooms for adults, a bedroom and playroom for little people, and a living/kitchen area where midnight bottles can be prepared without disturbing the grandparents upstairs. 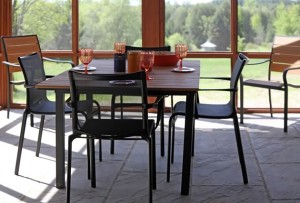 The screened dining area looks onto the gazebo and pond. Well shaded by the terrace above, it’s a cool place on a hot evening. Photo by Pam Purves.

But it wasn’t just the youngsters who were taken into consideration. The upper level was designed with the future of the owners themselves in mind. The doors are wider than standard and have no obstructive thresholds, and the light switches are lower than normal, so if anyone ever needs a walker or a wheelchair, accessibility won’t be an issue.

The house is hugged by mature trees on the east and west sides, and on the north side the steep hill is held in place with a retaining wall that doubles as a large, nearly vertical rock garden, providing protection from the northwesterly winds. To the south a long green sward runs down to the pond. The ample windows on all four sides of the main level mean that, from almost anywhere you stand inside, you can see out to both the long view and more intimate, woodsy views.

In short, with its large windows, terraces and screened porches galore, it all feels as close to living outdoors as possible in our variable and buggy climate. (The screened porches are particularly important because one family member is highly sensitive to mosquito bites.)

Neil says what he likes best is the upper-level deck, which is placed off to the side rather than centred on the building. This location means it doesn’t interfere with the view. And by projecting out into the landscape, it created an opportunity to build a screened porch below, providing another comfortable sitting area. 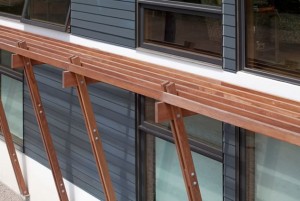 The brise soleil is a brilliantly simple device that looks good and helps the heating and cooling system. Photo by Pam Purves.

Another favourite element is the brise soleil, a light structure that breaks up the long expanse of the south wall while functioning as a sunscreen to assist the geothermal heating and cooling equipment. The brise soleil sits just below the broad plane of the upper-level windows and provides a comforting break in the drop for anyone with a touch of vertigo.

Inside, the kitchen, living and dining areas are one clean, open space. The ceilings are high, the floor space expansive and the view breathtaking in all seasons. The interior features a great deal of wood. The original concept called for concrete floors, but a change to wood means the floor is softer and quieter to walk on, and easier on the cook’s joints. The ceiling and trim are Douglas fir, which reinforces the sense of warmth and softens the acoustics.

To further enhance the feeling of warmth, the furniture is soft and the fabrics are earthy greens and browns, a fall palette brightened by the occasional orange chair or butter-yellow cushion. A wood-burning fireplace adds to the coziness during chilly seasons.

The exterior cladding is hard plank, a wood composite siding that looks like wood but is much less expensive, and stucco. The decking and screened porches are built of top-quality cedar.

This project was a labour of love enhanced by the relationships between the two owners, the architect and builder. With their common attention to detail and respect for one another’s needs, Neil Ironside, Patrick Skuce and the owners found themselves working with kindred spirits. The result? A happy project, a happy home and new friends. 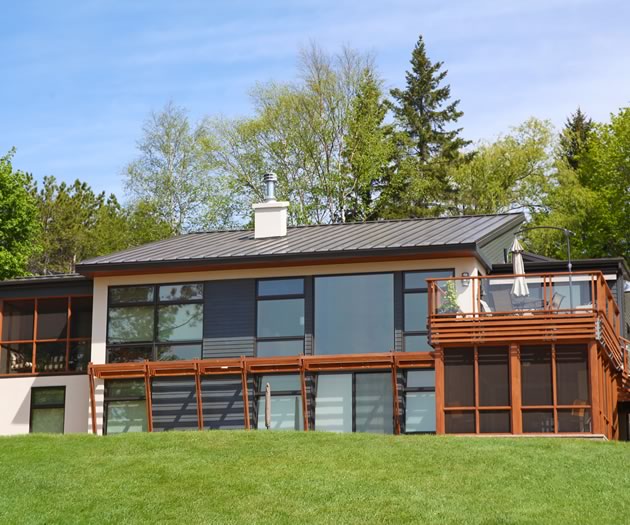 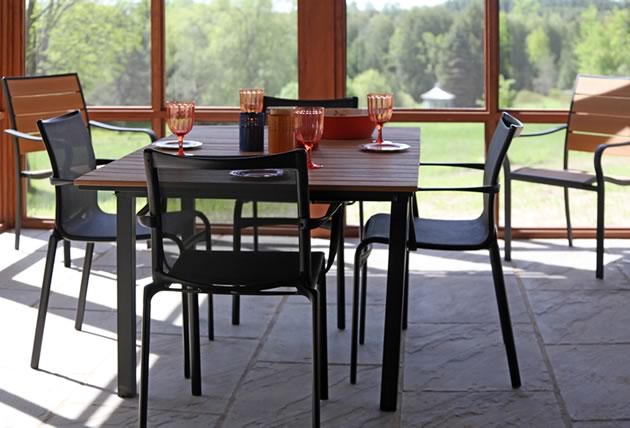 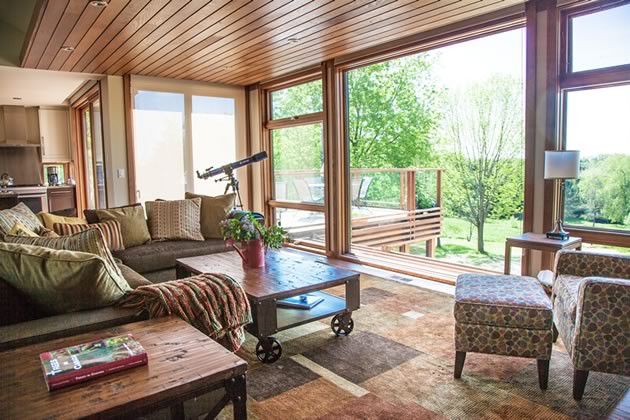 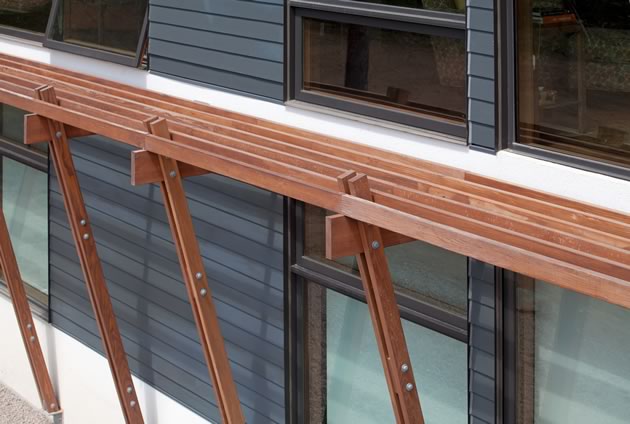 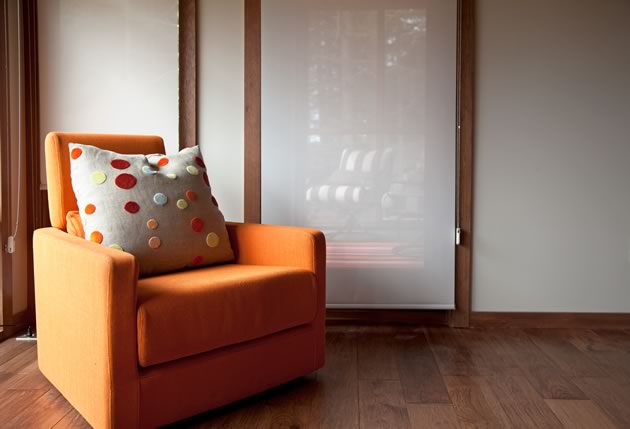 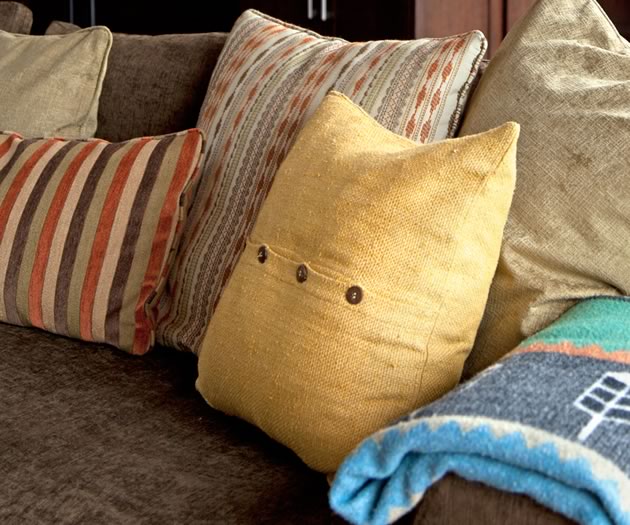 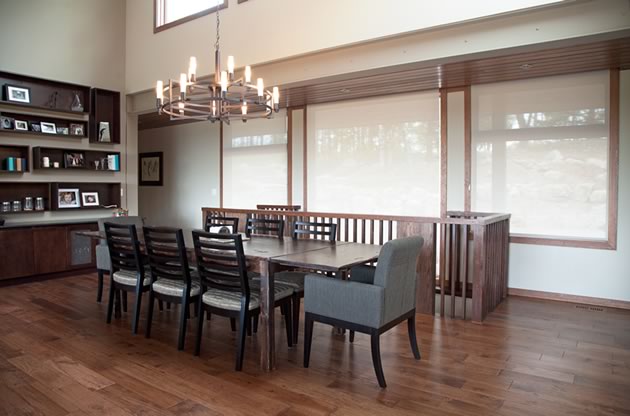 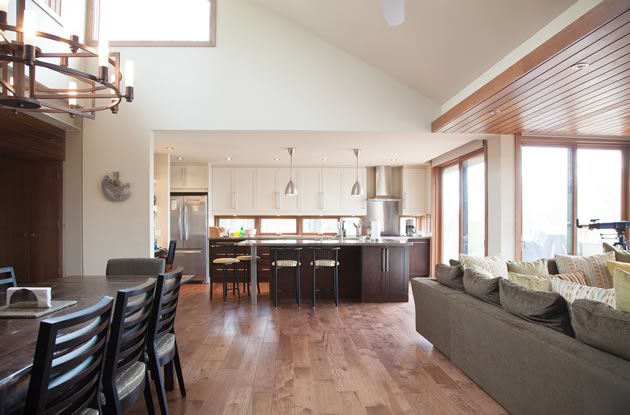 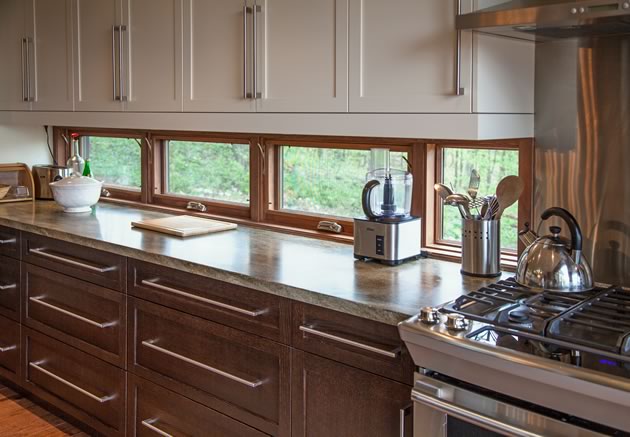 <
►
>
The backdrop to the dining area is a rock garden. When the translucent solar screens are down, it looks like a work of photographic art. Photo by Pam Purves.