Over the last two decades, we’ve been proud to see In The Hills become a must-read for everyone who wants to get the most out of living in Headwaters. While the subject matter varies widely, the magazine always showcases the most talented writers, artists, photographers and publishing professionals in the region. Each issue this year will feature profiles of the people who make up the In The Hills family, and provide readers with a chance to get know a little more about the talented folks behind the pages. This is the second installment. Learn more about our contributors: Behind the Pages installment one, two and three. 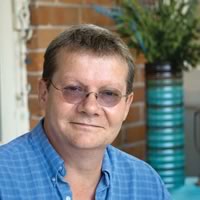 Trained and still working as a civil engineering and planning technologist, Jeff cut his teeth as a business writer. But he is not a writer trapped by one style or subject. His many stories for this magazine have ranged from humorous personal accounts, such as learning to ride a horse, to extended features on public policy, such as land use planning, and social matters, such as mental health, as well as his annual profiles of local heroes. Jeff lives in downtown Orangeville with his wife Brandy and dog Alice. He likes Thai food, martinis, David Sedaris and John Irving, and admits to a “strange attraction to photographer Pete Paterson’s chicken portraits.” SB 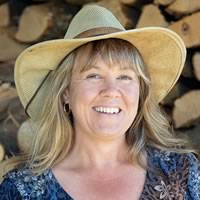 As web manager, Valerie is responsible for taking all the editorial and graphic content produced by In The Hills’ contributors and making us look as good in digital form as we do in print. She’s also the person behind the magazine’s social media presence, and guru to our bloggers.

When not at the helm of her business, Echohill Web Sites, Valerie is a devoted golfer, and says she is also known as “Fairway Jones” because “I always hit it right down the middle!” Valerie divides her time between these hills, South Carolina and the Caribbean, just so long as there’s a WIFI signal. 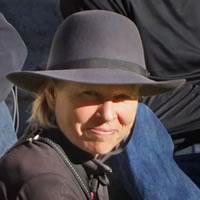 Nicola Ross tried to escape the family writing curse by studying biology at the University of Guelph, but the lure of a blank page proved irresistible. So, like sister Cecily Ross, editor of Food In The Hills, brother Oakland Ross of the Toronto Star, and niece Leah McLaren of The Globe and Mail, she succumbed to the urge to tell stories.

Since her first In The Hills piece appeared in 1997, Nicola has chronicled environmental issues facing Headwaters, and more recently delivered regular columns on sports and the business of food. A Caledon native who still loves to listen to the Credit River flowing outside her bedroom window in Belfountain, Nicola is the author of two local history books, Caledon and Dufferin County. 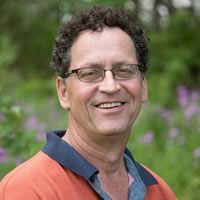 The first story wildlife biologist and forester Chris Wedeles wrote for In The Hills, in 2010, revealed the surprising fact that earthworms are species with a dark, invasive side. Although his professional life involves a lot of writing, he says it is usually aimed at specific clients, and then ends up in “binder heaven.”

Magazine work provides an outlet through which he can share his knowledge with a wider audience. The father of two resides near Erin where he indulges his passion for birds, horticulture and food. “My wife’s a good cook,” he says, “whereas I am a great heater.” 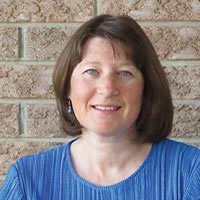 Copy editor Janet Dimond saves us all from catastrophic commas, abused apostrophes and phonetic fiascos. She also compiles the What’s On event calendar, both print and online versions, copy edits Food In The Hills, and writes the What’s Cooking section for that publication. (When not editing, she loves to bake.)

An avid reader of In The Hills since its inception, Janet was “over the moon” when the call came to work on the magazine. Though she sees all the raw text before publication, she says, “I still get chills when I receive the final copy, just like all those years ago.” She is currently awaiting a trip to England full of history and theatre. 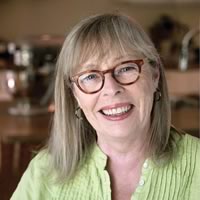 Before becoming editor of Food In The Hills, Cecily Ross was an editor at The Globe and Mail, Harrowsmith, Chatelaine and Macleans. Her feature writing earned a National Magazine Gold Award in 2008. She is the author of a memoir, Love in the Time of Cholesterol (McGraw-Hill, 2005).

Cecily says, “There are two unpublished novels gathering dust on my hard drive,” and she is currently working on a fictional account of the life of Ontario pioneer Susanna Moodie. Cecily shares good scotch, spicy food and a bungalow in Creemore with husband Basil, shih tzu Banjo and schnoodle Harpo. 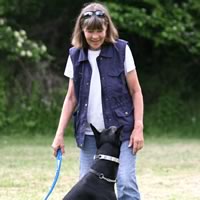 A language maven and history buff, Dyanne has written about everything from the evolution of the apostrophe to a tongue-in-cheek call for the dandelion to become one municipality’s official flower. She has edited everything from an article on winter tourism in the Scandinavian North to textbooks on history, philosophy and globalization. While living in Orangeville, Dyanne helped found the Local Architectural Conservation Advisory Committee, now Heritage Orangeville. After moving to Erin, she helped found the East Wellington Advisory Group for Family Services, now East Wellington Community Services. Given Dyanne’s interest in history, it isn’t surprising that her Doberman pinscher, Jack Sharp, is named after one of John and Elizabeth Simcoe’s dogs – or that Jack is training in the history-rich, but abstruse, German dog sport of schutzhund. 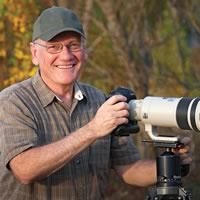 Photographer Robert McCaw is a somewhat unusual contributor to In The Hills, in that his stunning shots, which often accompany writer Don Scallen’s natural history stories, are drawn from his extensive catalogue of images, and not shot to order. A leading North American nature and wildlife photographer, Robert’s work has appeared on the cover of more than 400 publications including National Geographic, Canadian Geographic and Audubon. Five of his photos are currently featured on Canada Post stamps depicting baby wildlife.

Not surprisingly, Robert says he is most passionate about the negative impacts of loss of habitat, and is guided by the motto “If it flowers, flies, swims, walks or crawls, I’m interested.” 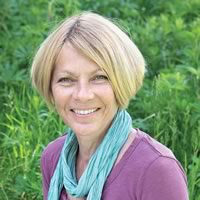 Even those who have never seen In The Hills are likely to know Shelagh Armstrong’s illustrations – because they adorn such a wide range of products as Tim Hortons holiday cups to Kleenex facial tissues to various food packaging. She has also designed Olympic commemorative coins, stamps for Canada Post, and served as a courtroom artist for Citytv, Global, CTV and CBC.

Shelagh’s illustrations were paired with author David Smith’s words for the book If The World Were a Village (Kids Can Press, 2011), which won numerous awards and has been published in more than 14 languages. A long-time Orangeville resident, Shelagh currently resides in a 1920s home in The Beach in Toronto with her husband, son, and a small menagerie of pets.