Sunny and Share, The Stop by Nick Saul and hemp and hazelnut granola from the Purple Kitchen. 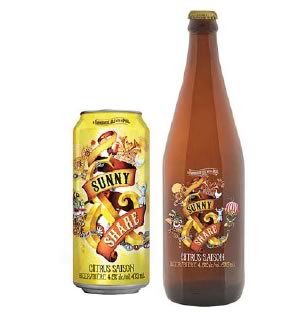 Sunny and Share is steeped in lemon and orange peel giving it a tart, refreshing taste, perfect for summer quaffing.

Mad & Noisy Brewing’s newest craft beer is all about bad puns and good taste. This summer’s offering is called Sunny and Share, a nod to the ’60s singing duo, but also a reference to the beer’s yellow, orange honey colour and the fact that it comes in a 625 ml bottle that’s big enough to “share” with a friend. If you’re not in the mood for sharing, never mind, at a breezy 4.5 per cent alcohol go ahead and drink the whole thing yourself. Billing itself as “a farmhouse ale with a peel,” Sunny and Share is steeped in lemon and orange peel giving it a tart, refreshing taste, perfect for summer quaffing.

Made in the style of a Citrus Saison, a Belgian French beer traditionally brewed by farmers, it has a sweet and spicy earthiness that makes it particularly food friendly, the ideal accompaniment, according to the brewmaster, for Thai and Vietnamese cuisine. Or try it with grilled peppercorn steak, crab cakes or grilled sausage. Mad & Noisy Brewing is part of Creemore Springs Brewery’s Craft Beer Exploration Series. Last year’s release was an India Pale Lager called Hops and Bolts. (Sigh.) Both are available at the Creemore Springs Brewery in Creemore or at an LCBO outlet near you. creemoresprings.com 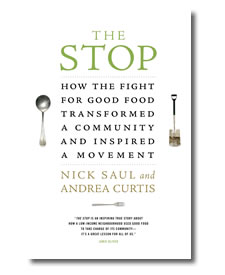 The Stop: How the Fight for Good Food Transformed a Community and Inspired a Movement

Fifteen years ago, Nick Saul took over the operation of a small Toronto food bank located on the bottom floor of a public housing development in one of the city’s poorest neighbourhoods. Today it is a thriving “community food centre” with gardens, kitchens, a greenhouse, farmers’ markets and a commitment to make good food accessible to everyone. The Stop: How the Fight for Good Food Transformed a Community and Inspired a Movement, written with Saul’s partner, Andrea Curtis, is the story of that journey and of Saul’s commitment to what he calls “a new politics of food.” He believes that because food brings people together, it has the power to fundamentally change society.

By treating the marginalized and the poor with respect and dignity, by involving them in the growing, preparation and sharing of a good meal, The Stop treats food not as a commodity, something to be bought and sold, but as something “imbued with cultural, social, health and environmental significance.” The Stop is an invaluable manual and an inspiration to everyone who believes in the power of good food.

The Stop by Nick Saul and Andrea Curtis (Random House Canada, 3013) is available at your favourite independent local bookstore. 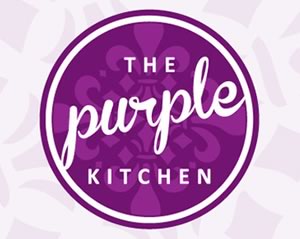 The Purple Kitchen in Bolton

Named for Bolton baker April Hodgson’s purple kitchen where she began perfecting her all-natural cereals and cookies, The Purple Kitchen’s hemp and hazelnut granola shown here is just one of three delicious flavours. Like the others – fruit and nut, and nut-free – April’s granolas are made with care and attention and zero preservatives. The nut-free option is a particular favourite for allergy sufferers. “The idea to sell these products,” she says, “began with some store-bought granola and the notion that we could do better.”

April is also a benefactor of Palgrave’s certified kitchen where she now prepares her granolas as well as her cookies (blueberry-shortbread and ginger), gourmet marshmallows (strawberry, vanilla, chocolate) and caramel popcorn. She uses local organic ingredients including flour milled at K2 Milling in Tottenham. The Purple Kitchen’s granola (and cookies) is available at Rock Garden Farms and at the Brampton farmers’ market, or you can order it online. thepurplekitchen.ca