May/June is the time that turtles emerge from a long winter’s dormancy to bask in the sun. Unfortunately fewer and fewer of them appear every spring. 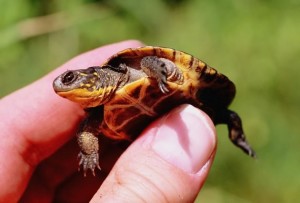 Seven of Ontario’s eight native turtle species are considered “at risk,” “threatened” or “endangered.” Turtles are almost certainly the most imperilled order of vertebrates in this province.

The four horsemen of the turtle apocalypse are habitat loss, road kill, egg predation and collection. Habitat loss is the overarching enemy – denying turtles the woods and wetlands essential for their survival.

The roads that lattice southern Ontario also take an awful toll. Turtles have no evolutionary experience with these ribbons of death and readily attempt to cross them as they traverse their expansive home ranges.

Egg predation means most turtles don’t even have an opportunity to hatch. Overabundant raccoons are the main egg raiders. The wolves and cougars that once kept the raccoons in check are gone, and our garbage and crops swell their numbers.

Finally, turtles are collected, destined to simmer in pots in urban restaurants, or to be sold illegally into the pet trade. Even otherwise well-meaning people are at fault – those who can’t resist taking a turtle home to become a family “pet.”

One species that has suffered serious decline is the Blanding’s turtle. These medium-sized turtles with brilliant yellow throats, were probably found throughout much of Headwaters at one time.

Blanding’s turtles are very susceptible to road death because of their wandering habits. They often leave one wetland to journey overland to another.

Able to almost completely close their hard shells when predators threaten, Blanding’s turtles once undertook these journeys with little risk to life or limb. Shells, though, offer no defence against cars and collectors.

In recent years the only records for Blanding’s turtles in Headwaters have come from Luther Marsh. Any sightings of this species elsewhere in this area would be of great interest to organizations involved in turtle conservation.  (See the links below.) 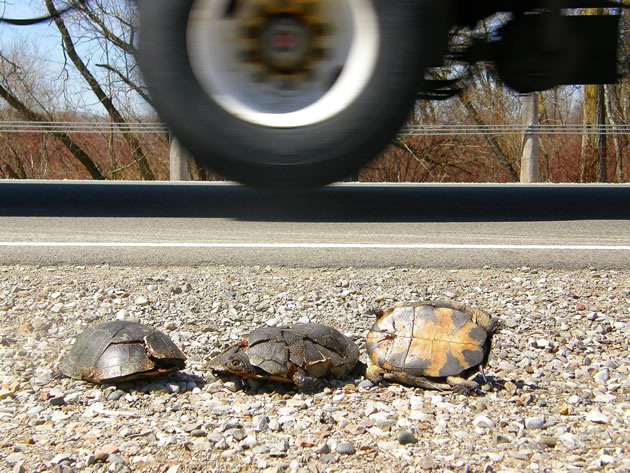 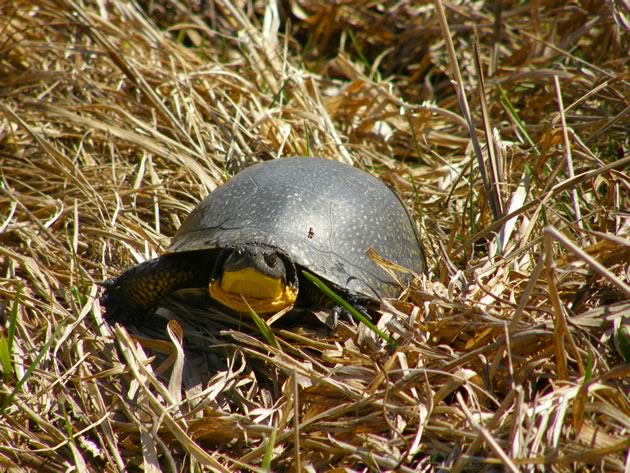 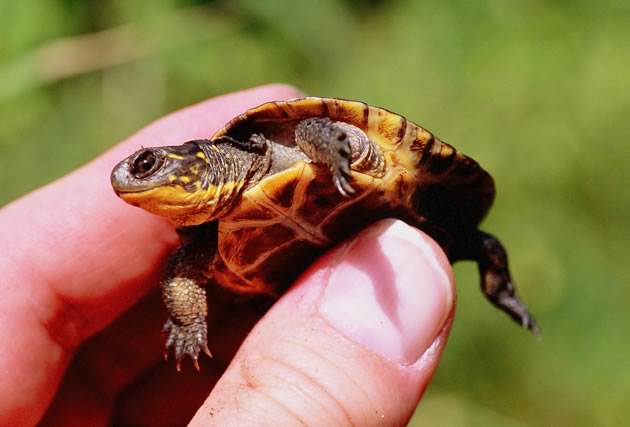 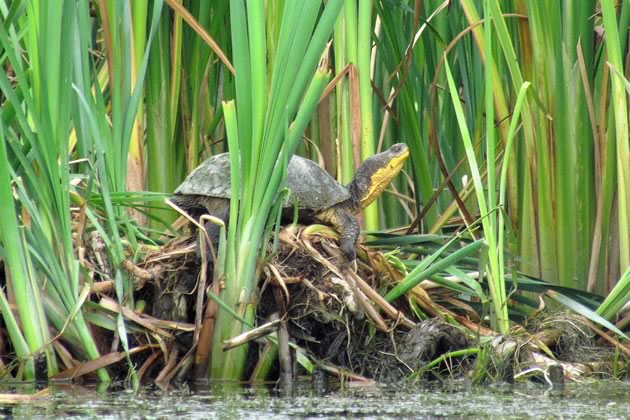 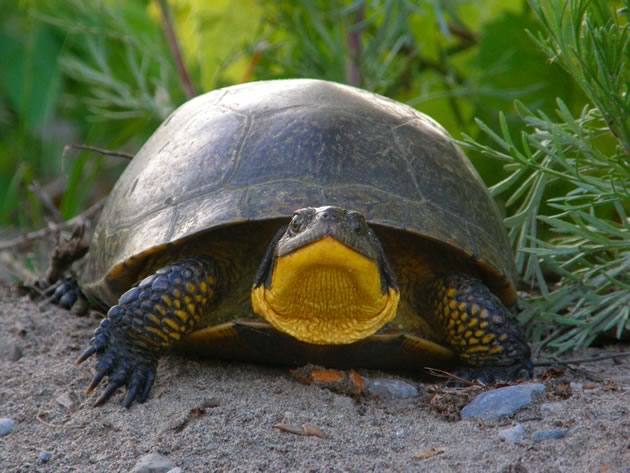 <
►
>
Blanding's turtle about to cross a road 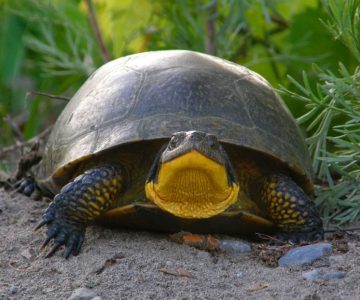 Help the turtles by signing a petition being circulated by Friends of Ontario Snapping Turtles. 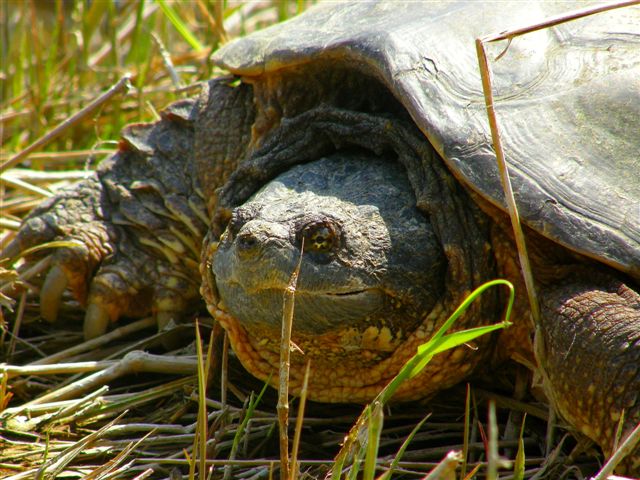 Grist for spinners of tall tales, snapping turtles are on the verge of becoming endangered. May these reptiles of prehistoric visage long patrol our wetlands.