The Caledon Horse that Could

With typical Canadian modesty, Rumble attributes the lion’s share of the credit for his achievement to his mount, a big-boned gelding named Cilroy. 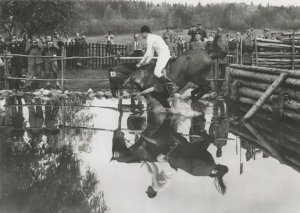 Cilroy, the Cheltenham-born horse John Rumble rode to a medal in the 1956 Olympics.

The equestrian sport of eventing has deep roots in Caledon. They were put down 58 years ago when John Rumble brought home a team bronze medal from the 1956 Olympic Games, when the equestrian events took place in Stockholm. With typical Canadian modesty, Rumble attributes the lion’s share of the credit for his achievement to his mount, a big-boned gelding named Cilroy (pronounced “Kilroy”), who was born on a farm near Cheltenham.

Cilroy’s name might have disappeared in the mists of time – if it hadn’t been immortalized in Barbara May’s 1959 book, The Five Circles. Selling 6,000 copies, the book qualified as a Canadian bestseller at the time, and though it is long out of print, a generation of young riders, myself among them, were inspired by the story of this dark bay horse.

Cilroy was a 17.2-hand warmblood cross between a coach horse and a thoroughbred. At the time only thoroughbreds, with their superior stamina, were considered suitable for the considerable endurance required by eventing.

“No one thought he would be going to the Olympics,” says Rumble. Least of all Rumble himself, who accepted owner Harold Crang’s offer of Cilroy only after his own horse broke down a few months before the Games. “Harold stepped up and offered to help,” says Rumble. “Cilroy was basically a hunter who had also been well trained in dressage by Harold’s stable manager, Fred Hughes, who had formed a tremendously close bond with him. But he had never jumped in a horse show.”

Combined with saddle and bridle, the six-foot-two Rumble weighed in at 20 pounds more than the 165-pound minimum set for competitors. Even carrying a much heavier load than most other horses, Cilroy was one of only 12 horses out of a field of 57 to complete a clean round on the cross-country course. It had rained throughout the day before and was still raining on the day of the event, so the course was treacherous, Rumble says.

Of the 19 teams in the competition, just seven, including the Canadians, managed to get all three of their horses through without being eliminated. Sixty-six horse-and-rider falls were recorded. “That’s how people get killed,” Rumble says. In those days a rider who fell could remount and carry on. “Spectators would catch your horse for you and vault you back into the saddle,” he says. Today, a fall means automatic elimination.

But eventing was a different sport back then. Today, eventing dressage has increased in both degree of difficulty and overall importance in the three trials that make up the three-day event. Stadium jumping, too, is more difficult than it used to be. But the cross-country portion has undergone the biggest transformation.

In Rumble’s day, the cross-country was a gruelling 22-mile endurance test – now known as the long or classic format – performed in four phases: five miles of roads and tracks at a brisk trot and canter; a two-mile traditional steeplechase at a gallop over 12 fences; another 10 miles of roads and tracks at a trot and canter ending with a rest and a veterinary check (in this phase, the rider often dismounted and ran alongside the horse to save its strength); and finally, a 4.8-mile cross-country gallop over 33 obstacles. 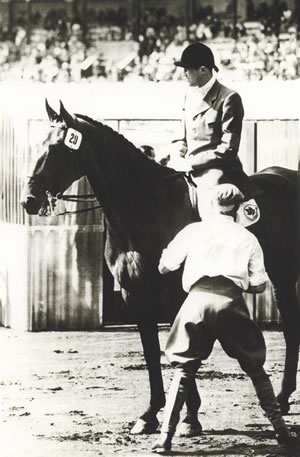 This monumental challenge to horse and rider originated in 19th-century Europe as a way of identifying the best cavalry officers and horses in preparation for battlefield action. Indeed, until 1948, the sport was restricted to male military officers. The first woman competed in 1964.

Eventually, the cost and the large venue required for the long format’s first three phases led the International Olympic Committee to consider dropping eventing from the Games altogether. And so, to preserve the sport, today’s short format was adopted after the 2000 Olympics in Sydney. It retained only the final phase of the original sport: an approximately four-mile cross-country gallop over obstacles.

Rumble, for one, was happy with the change. “It was tremendously challenging and dangerous,” he says. “Three-day eventing, in its traditional format, has been recognized as one of the highest-risk sports in the world.”

And though spectators at next summer’s Pan American Games can expect to see a much tamer cross-country event than the one Rumble rode in, the course is also much more technical – with tight turns and jump combinations requiring horse and rider to use strategy and intelligence when executing them.

The Pan Am cross-country course at Will O’Wind Farm in Mono is classified under FEI (Fédération Équestre Internationale) rules as a two-star course. The fences are not as high and the course is less demanding than Olympic four-star courses. This is because, in a sport still dominated by Europeans, many South and Central American countries do not have teams qualified to compete at a three- or four-star level.

Still, the cross-country portion of the event at Will O’Wind next July 18 promises to be exciting. And Rumble plans to be there. After he returned from Stockholm in 1956 with his bronze medal, his eventing days were over, he says. But the sport remains in his blood.

Cilroy was exceptional, and his legacy has inspired Rumble to help another rider along the same path. Eighteen years ago he bought a farm in King Township, and he later purchased a four-year-old gelding he named Foxwood High, aka Woody. If all goes well, Woody – ridden by eventing veteran Selena O’Hanlon of Kingston – will represent Canada at the Pan Ams.

“Foxwood High is great,” says Rumble. But Cilroy will always hold a special place in his heart. 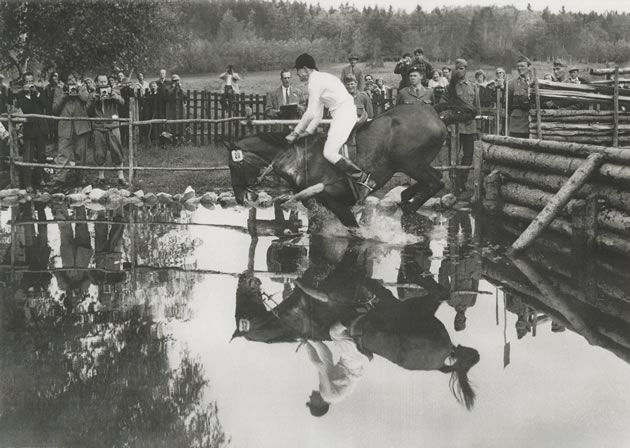 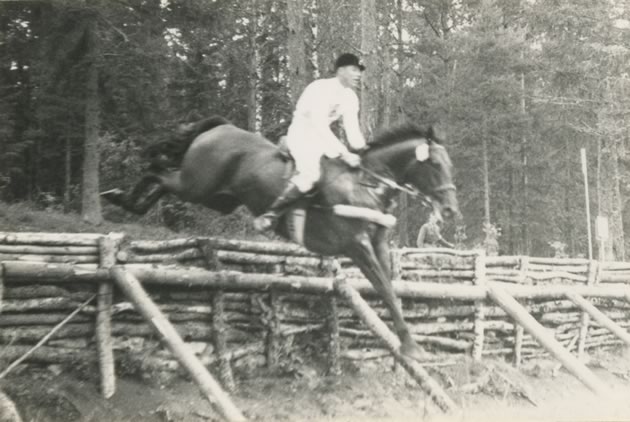 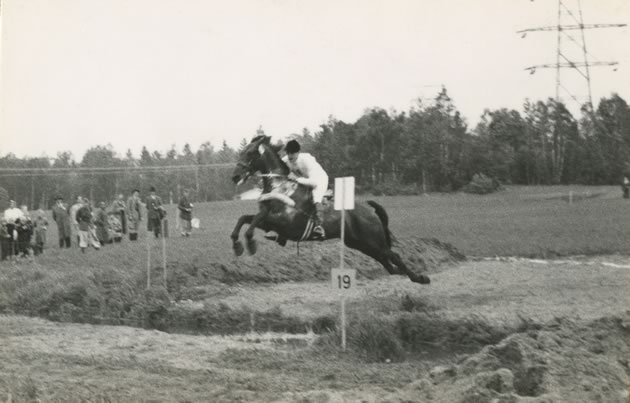 <
►
>
Combined with saddle and bridle, the six-foot-two Rumble weighed in at 20 pounds more than the 165-pound minimum set for competitors. 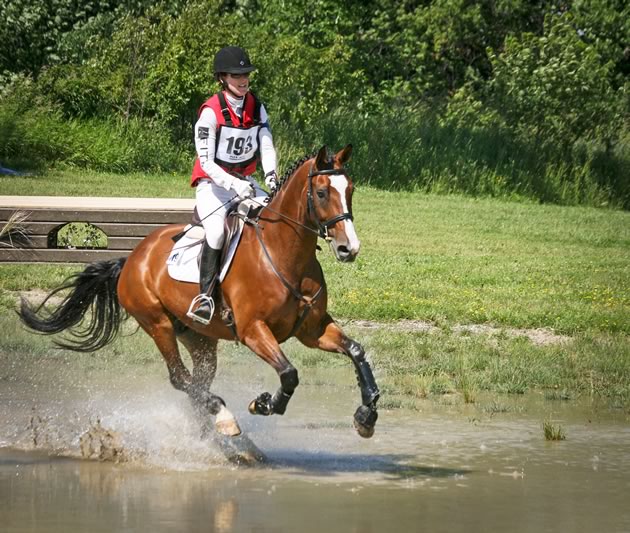 Cross Country at a Gallop

For one day next summer, the eyes of the Americas will be on Mono’s Will O’Wind Farm, site of the cross-country phase of the Pan Am Games three-day event.