A Sunday drive in the hills took a surprise turn, leading a Toronto couple on a delightful journey into the past. 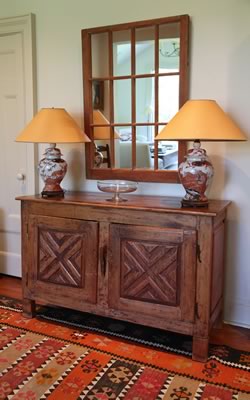 This is the story of a couple from Toronto who weren’t looking for a country property. Not because they didn’t like the countryside, but because their children were grown with families of their own and there no longer seemed to be a compelling reason to move out of the city. It is also the story of what can happen when you’re ambling around these hills and happen to fall in love.

It started innocently enough – a weekend drive in the country, a visit with friends, a peek past a for sale sign to see what a property was like. How many of us know what a dangerous game that is! Beyond the sign, they found a slice of history with a wonderful view.

The wife is a landscape architect with a particular interest in the history of gardens. As the two wandered the property, she saw it had once boasted apple and pear orchards. Although the orchards were mostly gone, a few apple trees had survived and were clearly very old. And a very old, unusually tall pear tree also remained. Covered in vines, it was in need of serious doctoring.

The home itself was a historically designated, charming Gothic revival farmhouse with a wide front veranda and a big old maple out front. The setting was breathtaking. But the couple had no real interest in buying – or so she thought.

On the Monday after their ramble, she was at work when she took a call from her husband, who said, “You’ve got a farm!”

“We had never had a second property and didn’t have a single spare spoon!” she said. “This was starting from the bottom up.”

They acquired the spoons, and much else besides, and began to make the place their own.

It wasn’t long before they began to look into the history of the property. The original farmstead was registered in the early 1800s by the widow Cobean. She had immigrated from Northern Ireland with her five young sons during a period when many Irish Protestants were looking for economic betterment. They were part of the wave that had made the Irish one of the largest ethnic groups in Canada.

The early days of the family’s life in Mono Township must have been brutal. The land had to be cleared and a dwelling built, and the children, all younger than seven, were too small to assist much, though there may have been money enough to hire some help.

In any event, the Cobeans stayed, prospered, and over time bought more land in the surrounding area. The original section of the current house was built by one of the sons. A small graveyard nearby is filled with tombstones bearing the family name.

One day, an elderly man arrived at the door and told the couple that when he was young, he had walked by the house every day on his way to school and that he and his friends used to sneak in and steal the “grapefruit-sized” apples from the trees. And another man, in his 90s, dropped by to tell them about the 30 years he had lived in the house and farmed the land. Layer by layer, the history of the place was coming to vivid life. 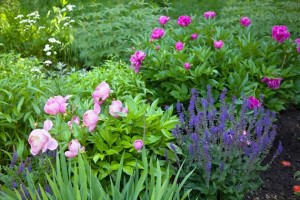 One of the first things the new owners tackled was the gardens. The pear tree got special attention, and days were spent pulling down vines and pruning dead branches. It was touch and go for a while, but the tree survived and is once again producing pears.

Perennial beds were reshaped and simplified. All the original plant material was kept, carefully moved and replanted, so that the gardens are ablaze with the colour of traditional favourites: old-fashioned perennials such as peonies, irises, poppies and black-eyed Susans.

Along with weeds, the digging turned up an old English silver spoon, bent and twisted but now treasured as a relic of a past age.

Standing proudly in the turning circle at the top of the lane is a heritage lilac. Probably planted to improve the appearance and certainly the fragrance of the first privy, which would have stood near the widow Cobean’s original dwelling, this lilac has been carefully nurtured as a tribute to the resilience of the property’s first owners. “It really speaks to the past,” said the wife.

A narrow cattle path leading into a “cathedral forest” has been widened into a walking and skiing trail. It took weeks of effort to rid it of brambles and wild grapes, but the avenue now leads to a special destination.

When they weren’t elbow deep in the soil, the couple noticed that their surroundings were quiet – too quiet. They realized the property, which had a perfect lawn, was probably contaminated by pesticides. That stopped, and within a year or two, birds and butterflies were back in abundance.

The couple tackled the house in phases. As in many farmhouses of the period, the rooms were small, making them easy to heat. They didn’t want to change the character of the house, but they wanted more light, as well as spaces more accommodating for children and grandchildren. They also wanted to simplify its appearance, so they worked with Toronto architect Paul Roth to reconfigure the existing space. 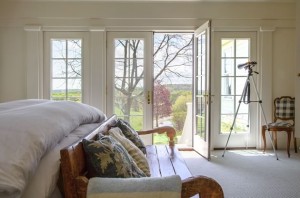 They shifted the main entrance from the side to the front of the house and took out some walls to make a foyer that is roomy and elegant. The original “birthing room,” which would have been the warmest room in the house, is now an intimate library.

The previous owners had added a large master bedroom, living room and later a dining room. The couple’s major task was to improve the flow from one room to another. Walls were knocked down or through, so the foyer now connects to the living room and the kitchen to a spacious sitting room. The changes also created long vistas from one room to another, making the interior brighter and giving it a more expansive feel.

Mindful of their growing family with young grandchildren, the couple completely renovated the basement, creating a new staircase and a two-bedroom suite with windows and a walkout to the garden.

Although this country home wasn’t always part of the family’s life, it has become a centre of family activity. Summer days are likely to be alive with the sounds of children and dogs splashing in the large pond, adults huffing and puffing as they work in the beautiful gardens, and ice cubes tinkling in tall glasses on the porch. 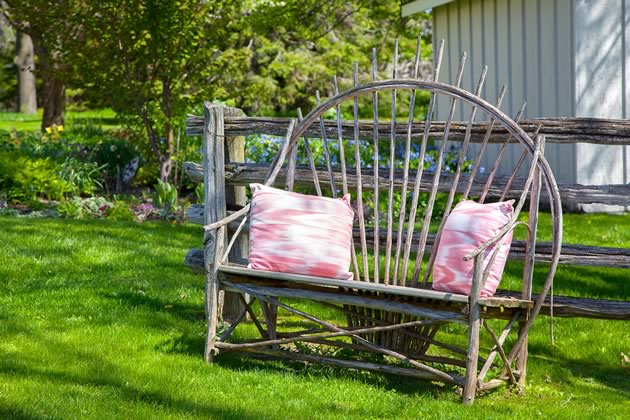 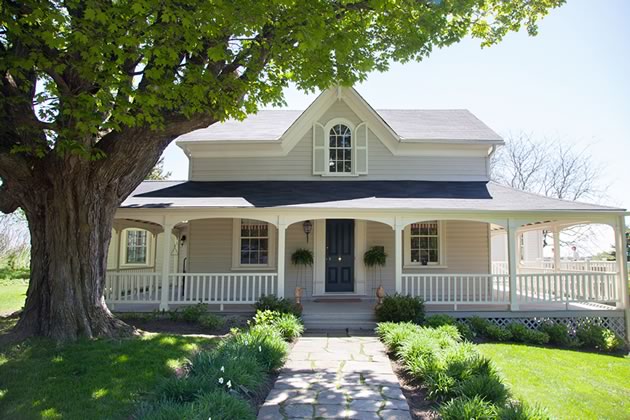 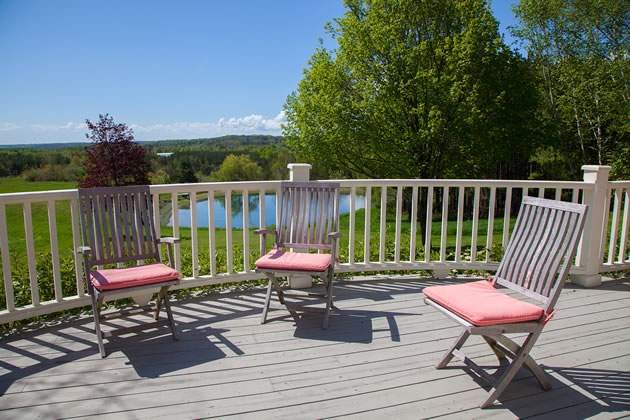 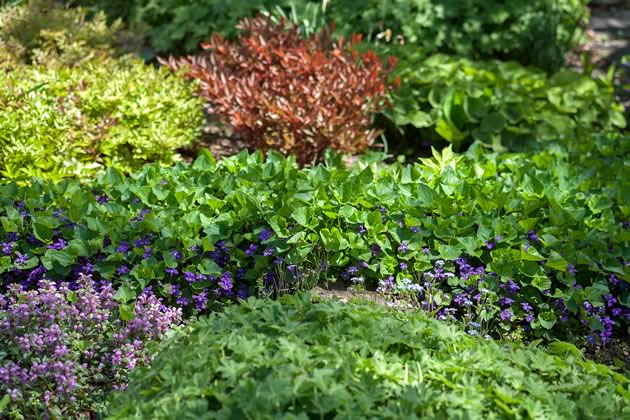 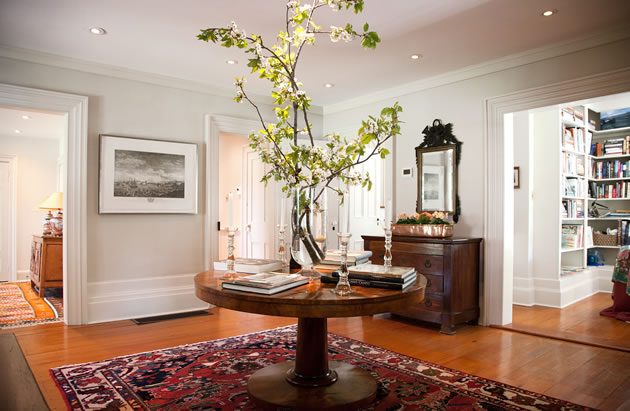 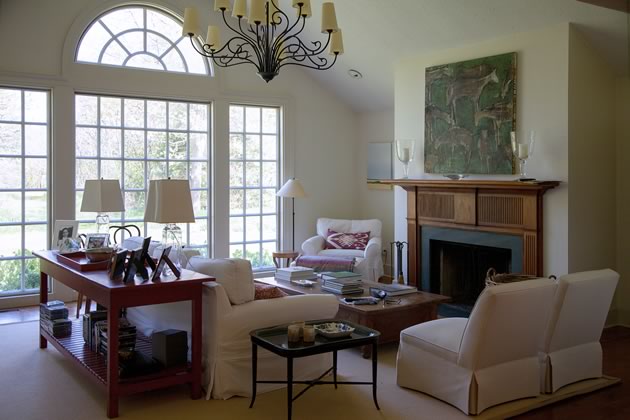 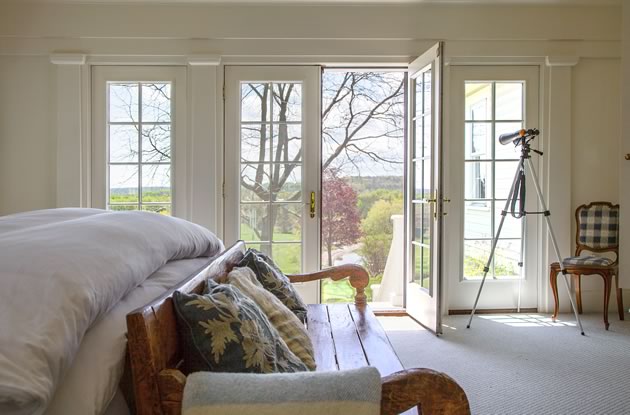 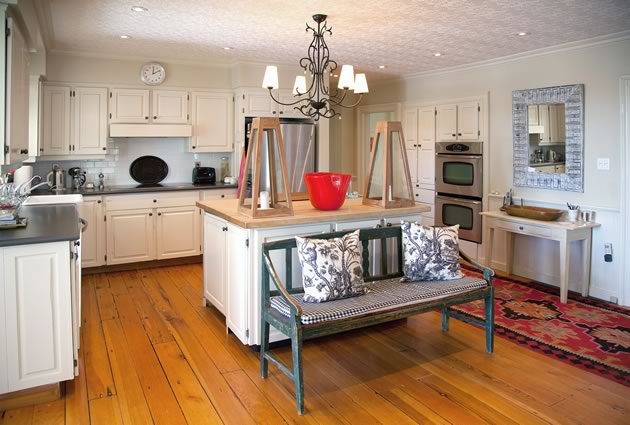 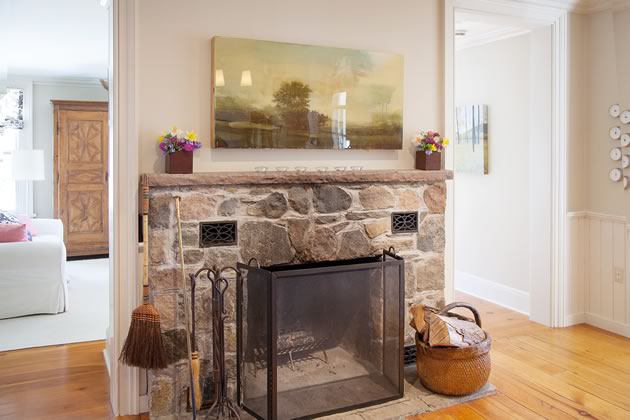 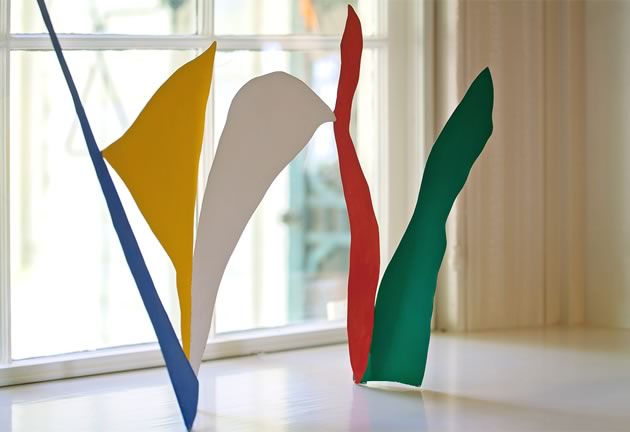 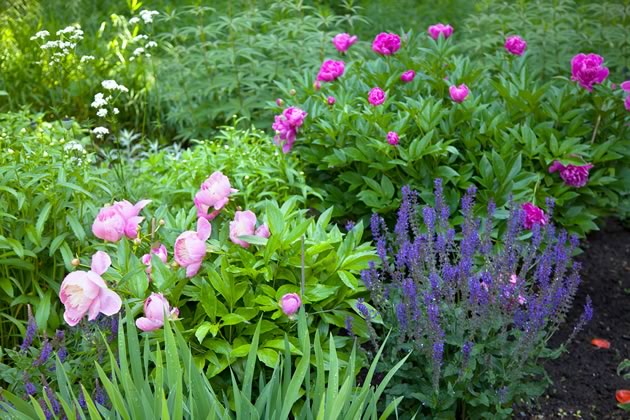 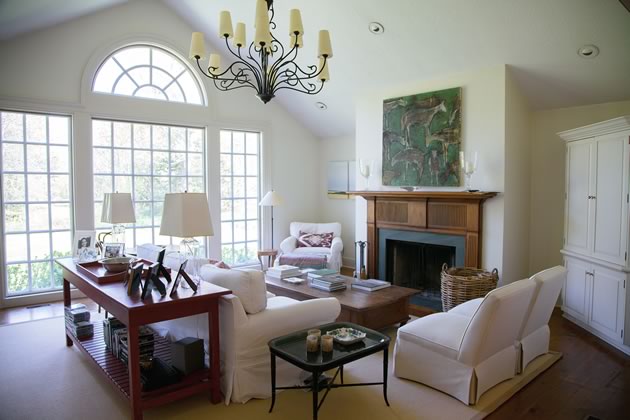 <
►
>
The bright and cosy living room is home to some of the owners’ wonderful collection of paintings. Photo by Pam Purves.