As each decade clicks by, the inevitability of my own demise begins to worm its way into conscious thought. Over the past few years, I have watched one friend after another leave behind a grieving spouse, family, friends. I am saddened, altered and somewhat uneasy with each passing. 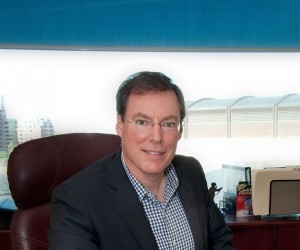 Perhaps this is why planning for the inevitable has taken on new significance for me and can no longer wait for “some day.” Getting my affairs in order and restoring my peace of mind is rising, like cream in a milk jug, to the top of my to-do list.

Okay, so this is the task: I need a strategic estate plan, while I still have the mental ability to create one.

A logical first step in this pursuit would be to visit a lawyer and have my long-outdated will overhauled. Mark Penfold, a Bolton lawyer specializing in wills and estates, is considerate and understanding, but as I sit across the desk from him, it rapidly becomes clear that I have not done my homework. Before I can tell him what I want in my will, I need to grapple with and articulate my wishes.

Thanks to healthier lifestyles and medical advances, the average life expectancy of Canadians is more than ten years longer than it was a mere five decades ago. The overriding perception is that our generation has a realistic shot at living to 90 and beyond. Those additional years will demand significant retirement savings.

I call my investment adviser, who asks me to complete a questionnaire outlining details of all bank and investment accounts, real estate, insurance, business interests, liabilities and projected future expenditures. She feeds this information into her computer and confirms that I’m financially okay, as long as I continue my current spending habits and don’t suddenly develop a penchant for expensive toys.

Though boomers were raised in a time of affluence and relative peace, their parents struggled through the Depression and the war years, and were generally thrifty savers who made do with what they had. Remember the balls of string and the wads of rubber bands that might “come in handy someday”?

According to a BMO Wealth Institute report, the biggest wealth transfer in history is now underway, as Canadian boomers are expected to inherit about $1 trillion by about 2030. And a 2012 survey by Investors Group found that more than half of Canadians are expecting an inheritance, and of those who believe they know the size, 57 per cent expect the value to be more than $100,000.

As a longtime Caledon resident, I like the idea of leaving behind a legacy for the betterment of the community. With this thought in mind I contact Jim Boyd, president and CEO of the Brampton and Caledon Community Foundation. Its goal is to increase the value of funds endowed to the foundation by community members and use the money to support local charitable activities.

Community foundations exist in more than 190 communities across Canada and granted about $189 million to worthy charitable organizations and ventures in 2014. The Vancouver Foundation, the largest community fund in Canada with about $985 million in assets, was established in 1943. Last year it invested about $57 million in the community.

Though the Brampton and Caledon Community Foundation is a relative upstart compared with Vancouver’s and is therefore more modest in scope, it has still managed to invest nearly $3.5 million in the form of more than 500 individual grants to community charities since its inception in 2002.

“The endowment model of a community foundation favours capital preservation,” Jim says. “A fund set up today will exist in perpetuity to monetarily help the charitable causes most meaningful to those creating the endowment.”

Since joining the organization in 2004 with an impressive professional résumé in the for-profit sector behind him, Jim has been instrumental in increasing the foundation’s assets to more than $9 million from $1.2 million, though he graciously gives full credit to the professional money managers and many community leaders who volunteer their time to oversee both the growth and granting sides of the foundation.

Creating a legacy that allows family members to direct funds toward eligible community charities would be a worthwhile exercise, highlighting the importance of charitable donations and giving back to the community.

So my next step is to call a family meeting and run the community endowment idea by them. This should be a good segue into a discussion about the estate planning I’ve been doing, as well as an opportunity to let family know my thoughts and wishes.

But in the meantime, I really must compile a list of all financial information my family will need: bank and investment accounts, credit cards, insurance policies, tax information, car details, and names of and contact information for my investment adviser, accountant and lawyer. With this information in hand, as well my lawyer’s completed questionnaire, I will revisit Mark Penfold and finally get that will updated.

Hopefully, the peace of mind I’ve been seeking will follow.