Our Favourite Picks for Autumn 2017

A highly selective guide to the picks of the season. 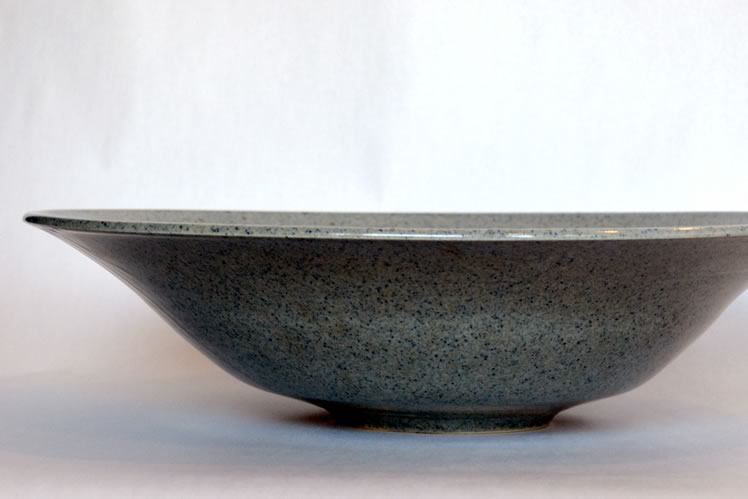 The fall arts season is underway with festivals and studio tours galore. Hit the cozy town of Creemore for the Autumn Arts Weekend, cohosted by the Small Halls Festival and the Purple Hills Arts and Heritage Society, on Saturday, September 30 and Sunday, October 1. Enjoy works of art by more than 35 artists and artisans, many of whom will be on hand to chat about their work in the participating studios, galleries and shops.

But that’s not all. Kid and grown-up fans of Harry Potter’s pet owl Hedwig should check out the Owl Show, which features artistic renditions and crafts exploring the fascinating bird, including stunning wildlife photography by Ann Brokelman. There’s also the Re-Vision Exhibit featuring artist Jim Stacey, who reimagines reclaimed material (such as wooden pallets) as rustic art and furniture – think shabby chic, salvage style. And the Canada 150 Bowl Show is a celebration of ceramics commemorating our big birthday and also showcases unique pottery on loan from private collections. Visit phahs.ca. 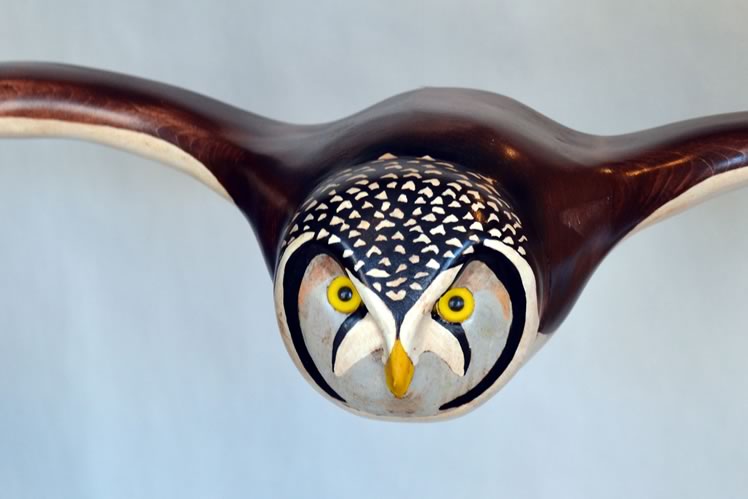 Go eye-to-eye with this owl by Jim Harkness at the Owl Show part of Creemore’s Autumn Arts Weekend. 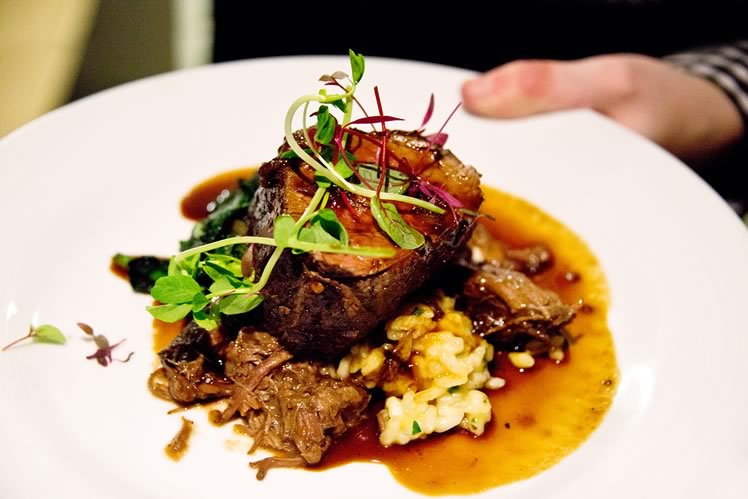 The 23rd Annual Taste of Autumn Gala at Hockley Valley Resort on Saturday, October 21. For an idea of what the five-course extravaganza will offer, consider last’s year’s menu which included whole roasted beef tenderloin and Headwaters squash fritters. Photo by Pete Paterson.

You’ve had your fill of summer barbecue, burgers and ribs. Now with the turning of the season, it’s time for a more polished menu. Take, for one, the 23rd Annual Taste of Autumn Gala at Hockley Valley Resort on Saturday, October 21. For an idea of what the five-course extravaganza will offer, consider last’s year’s menu which included whole roasted beef tenderloin and Headwaters squash fritters. Bid at live and silent auctions and dance to the acoustic duo Old School who roll out hits from the ’60s to the present. The gala benefits the Rotary Club’s local and international projects. Tickets at tasteofautumn.ca.

If you’re a craft beer lover, the Feast of Hops is for you. Seven local restaurants, including The Busholme Inn and The Friendly Chef, compete for the People’s Choice Award for favourite food creation (with a beer theme) on Sunday, September 24 from 2 to 5 p.m. at the Erin Agricultural Centre. Because there’s more to fall flavours than pumpkin spice. Details at feastofhops.ca.

The Canada 150 celebrations just keep on coming. The fascinating exhibit 150 Muslim Contributions to Canada at Peel Art Gallery, Museum & Archives offers a contemplative take on our country’s cultural makeup. Running from Saturday, September 30 until late January, it’s a mixed-media exhibit that celebrates the ways the Muslim community has helped Canada grow over the past 150 years, with a focus on building positive relationships and stimulating dialogue.

PAMA deepens the focus on Islam with Islamic Heritage Month Activities. On Thursday, October 5, experience visual arts, calligraphy and ebru, the art of marbling patterns on paper using ink and pigments. Then on Thursday, October 26, it’s all about music, including vocalizations, drumming and other impromptu performances. Both events start at 7 p.m. For info, go to pama.peelregion.ca. 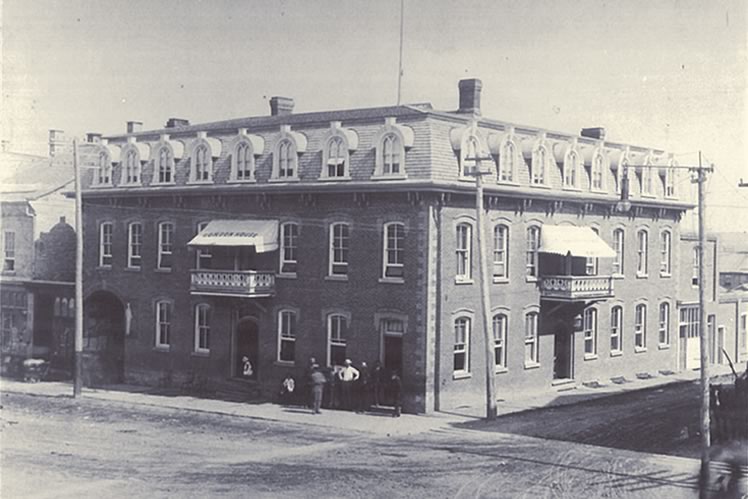 The Gordon House, situated where the public library now stands in Orangeville, is the site of some spooky tales you’ll hear on the Haunted History Tour of Orangeville. Photo Courtesy Dufferin County Museum And Archives. DCMA P-0955.

If the month of October has you yearning for some great ghostly yarns, check out the spooky entertainment of the Haunted History Tour of Orangeville led by the “Ghostbusters” at Dufferin County Museum & Archives. Held on Saturday, October 28, the 90-minute tours leave Orangeville Town Hall at 3 p.m. and 5 p.m. The treks will chronicle storied ghost sightings, strange occurrences and misfortunes that can only be described as horrifying. What happened at The Gordon House, pictured here? Visitors to the public library on Mill Street, which stands where the hotel once did, might want to know before wandering alone in the stacks! As phantoms are not much bothered by the weather, tours take place rain or shine. Learn more at dufferinmuseum.com. 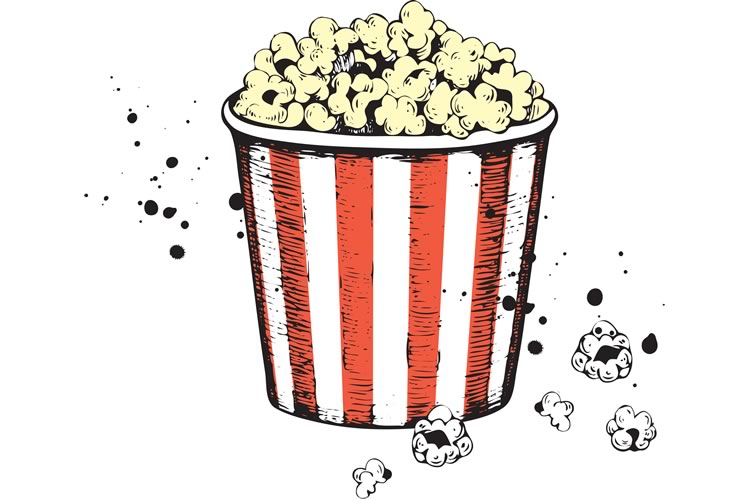 Ever notice your friends are nowhere to be found on Monday nights? It’s not you – they’re probably out enjoying Monday Night at the Movies. Now in its 20th year, the nonprofit organization run by dedicated volunteers partners with the Toronto International Film Festival to bring high-quality, under-the-radar films you would otherwise have to drive to Toronto to see on a big screen.

This fall, MNM visits World War II London, where a female scriptwriter pens propaganda films in the dramedy Their Finest (September 25). Then it’s over to France for the 19th-century biopic Cézanne et Moi (October 2) and 1970s Copenhagen for an adventure in communal living with The Commune (October 23). Alone in Berlin (November 6) follows a grief-stricken couple disseminating anti-Nazi postcards while under constant threat of discovery. Screenings are at Orangeville’s Galaxy Cinemas at 4:30, 7 and 9:10 p.m. Check out the whole lineup at mondaynightmovies.ca. 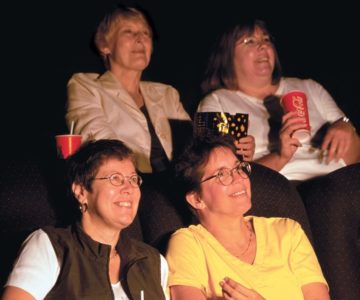 Each year, Monday Night Movies presents about a dozen films on one or two Monday nights a month from September to May.