How to Find Owls 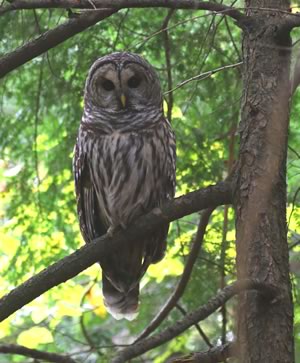 People find the big eyes and expressive faces of owls irresistible. Those faces, along with the air of mystery that swirls around these elusive, nocturnal flyers, place owls near the top of the avian popularity list. Myths, legends and modern literature feature owls, a notable example being Hedwig the snowy owl, loyal companion of Harry Potter.

Where do owls hide?

At least six species of owls spend the winter in our hills, but they aren’t easy to find. Hedwig’s snowy owl kin are an exception when they appear in force, as they have again this winter. These Arctic visitors can be found by driving slowly on rural roads during the day and looking for white “blobs” in corn fields. Most owls though, hide until dusk, usually in evergreens like pine and spruce.

What species of owls are in Headwaters?

Barred owls and long-eared owls are two of the species that can be found by searching evergreen trees. Barred owls are quite large and can be distinguished from their even larger cousins, the great-horned owls, by the lack of ear-tufts. They have a wonderful “who, who, who, cooks for you!” call. Long-eared owls are a little smaller than crows. When discovered, they often elongate their bodies and impersonate tree branches.

A concerted effort is necessary to find these owls, which means methodically searching evergreens for their poop, euphemistically called “whitewash.” This white excrement, splashed on trunks and limbs, indicates recent owl presence. If the owl is still at home, a glance above the highest splotch of whitewash may reveal it. 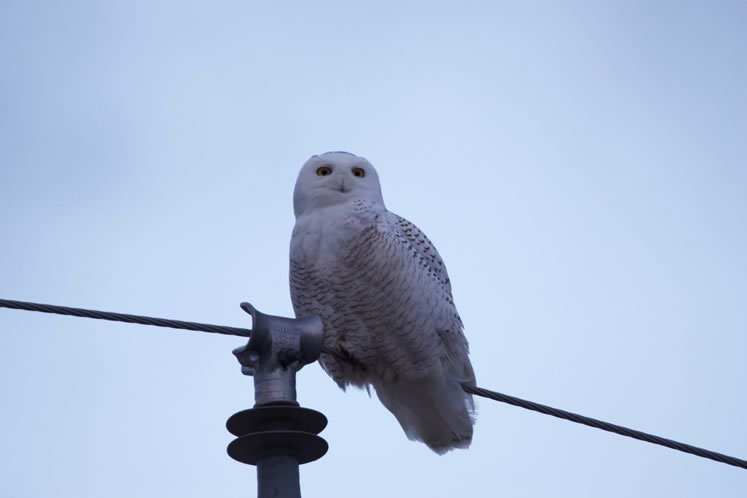 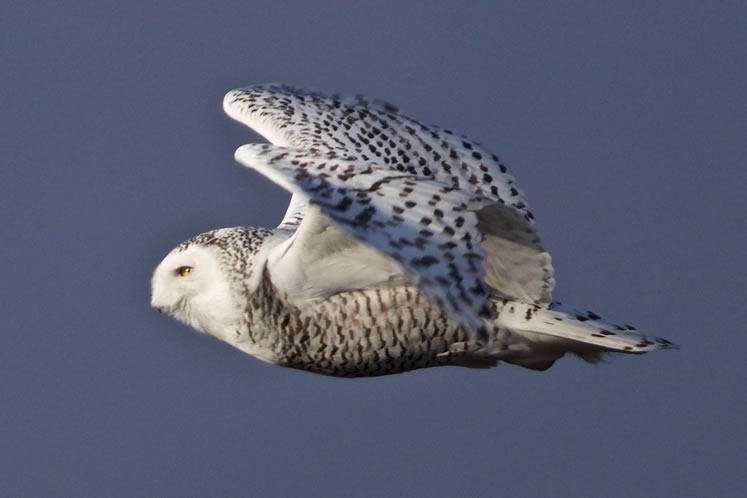 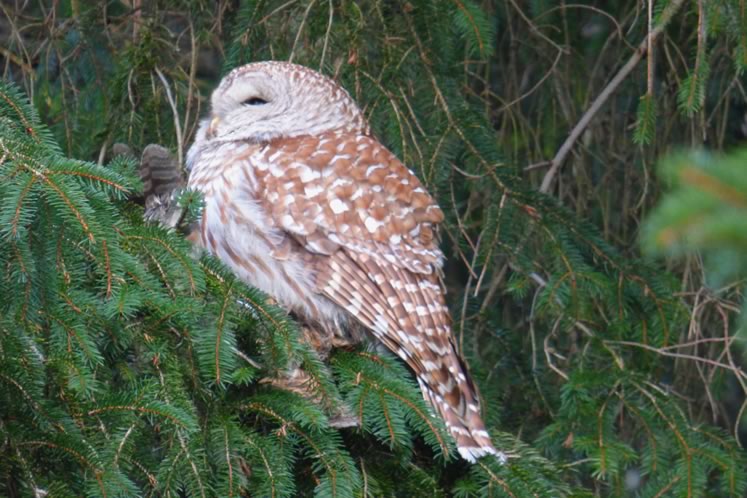 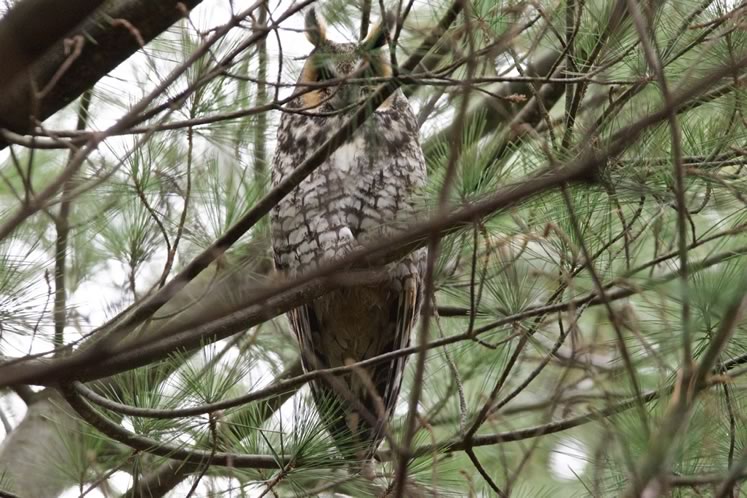 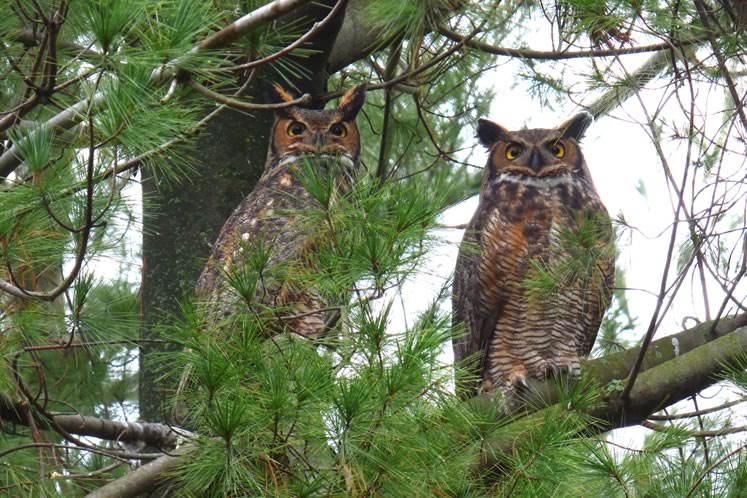 Searching the ground under evergreens for “owl pellets” can also be productive. Owls cough up these oblong-shaped packages of fur and bones after digesting their food. Owl pellets are generally grey in colour and, depending on the type of owl, can range from jellybean-sized to the dimensions of a Mars Bar.

So there you have it. To find owls seek poop and pellets! 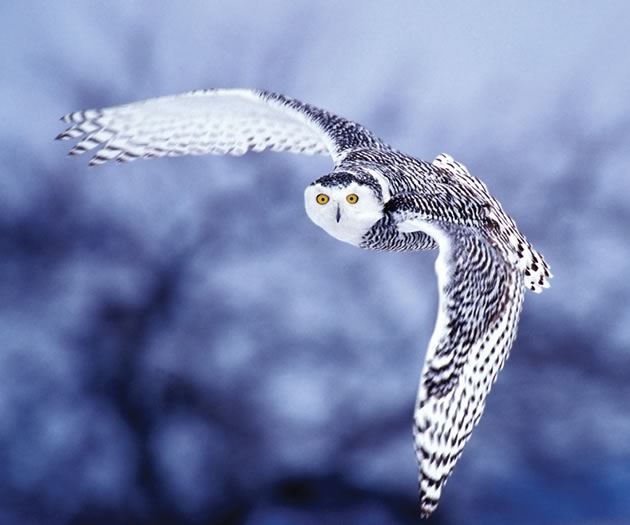 With piercing eyes and haunting cry, so flies the lord of the midnight sky. 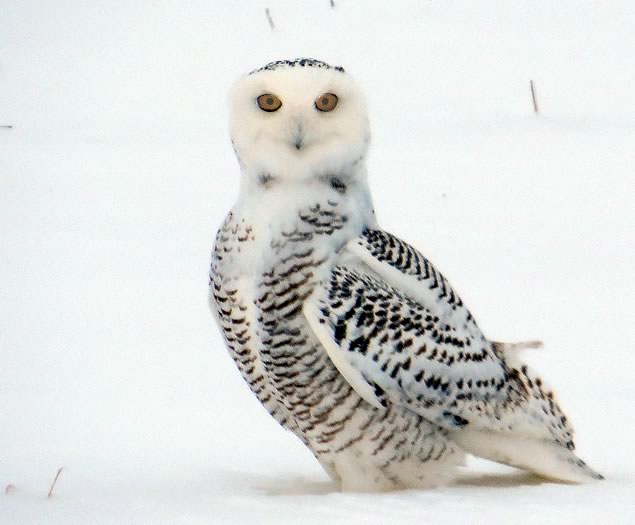 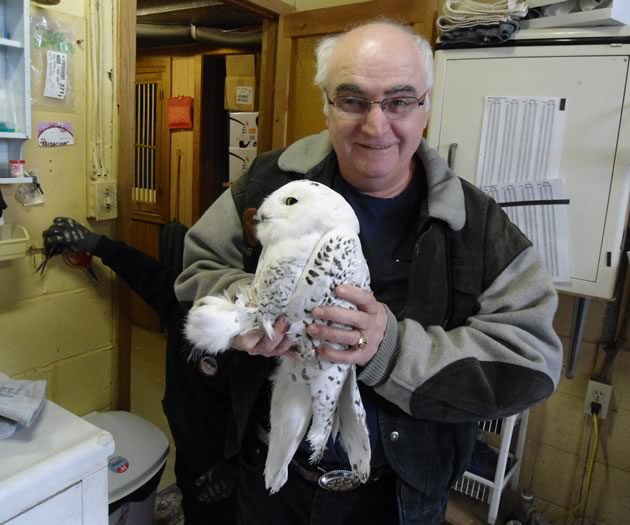 The winter of 2013-14 has seen a “the largest movement of snowy owls in four or five decades” into southern Canada and the United States. 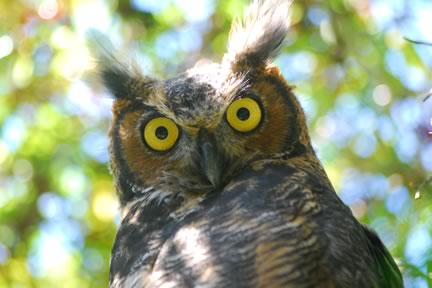