When Toronto physician Mike Evans released “23½ Hours” on YouTube, the video went viral. The engaging presentation explained that the best thing you can do for your physical and mental health is to walk for 30 minutes a day. The doctor’s list of the benefits derived from this simplest of exercise regimens is comprehensive and impressive. Now studies show you can go one giant stride farther if you take that walk among trees.

The practice of forest bathing, known as shinrin yoku in Japan, where it has been popularized, is simply a walk in a forest, preferably slowly and with intent. This kind of mindful walking is to hiking what the slow food movement is to those who wolf down meals for fuel. And just as eating healthy food prepared slowly and consumed with family and friends is thought to provide physical and mental health benefits, studies also suggest forest bathing generates significant rewards.

Researchers at the Nippon Medical School in Tokyo, as well as other respected Japanese agencies, report that trees release volatile essential oils called phytoncides that reduce blood pressure, lower the heart rate and suppress stress-causing hormones. Test results demonstrate a three-day forest visit has measurable health benefits that last for a month. Other studies point to similar results when test subjects walked for even a brief time in a forest rather than in an urban environment.

Mike Puddister, Credit Valley Conservation’s deputy chief administrative officer, is a force behind forest bathing. The co-chair of EcoHealth Ontario, he says the practice aligns with what he wants for the province. Normally a fast hiker, Mike said, “The practice slows us down so we can absorb more of the forest.” I could relate when he said, “[Slowing down] is something we almost have to be forced to do.”

I recalled my Belfountain neighbour Ann Seymour telling me that forest bathing had raised her awareness of “the layers of nature.” With Ann’s words in mind, I embarked on what Credit Valley Conservation advertised as “a gentle, mindful and engaging [two-hour] walk” in the Terra Cotta Conservation Area, under the direction of Kaitlin Powers. 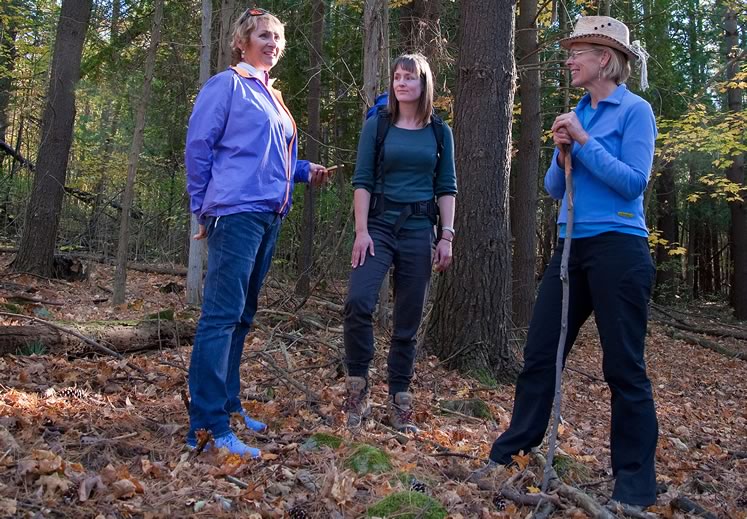 A soft-spoken certified nature and forest therapy guide in her early 30s, Kaitlin described forest bathing as “taking in the ambience of the forest for your health, wellness and happiness.” As she explained that we would be stopping from time to time to observe the forest and that she would ask us to move exceptionally slowly and refrain from speaking to one another, my wolf-it-down, Puddister-like hiking psyche surfaced. I resisted the temptation to ask Kaitlin if she could take my friend Gail and me on a speeded-up forest bathing experience so I could get back to work.

About 15 minutes in, Kaitlin stopped us, offering, “You may want to find a comfortable spot to sit down.” Gail and I found a handy large rock. “Close your eyes and focus on your breathing,” Kaitlin said. For the next 15 minutes, perhaps longer, she led us through a body meditation that will be familiar to anyone who practises yoga.

“Breathe deeply, notice your breath. Can you tell if there is a difference between the temperature of the air you take in and that you breathe out?” she asked. I noticed with surprise the considerable difference. Cool in. Warm out. Cool in. Warm out. I imagined the air making its way down to my toes and into my fingers and ears before returning to my lungs all warm and depleted of oxygen. 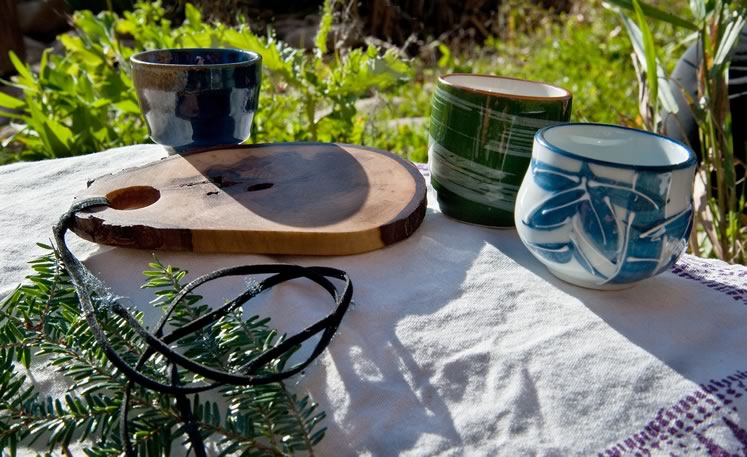 “Listen to the outer, farthest reaches of the forest,” Kaitlin suggested. With eyes closed, I strained to go beyond what I presumed was a red squirrel scurrying in the dry leaves behind me. I reached with my ears past the woodpecker’s tap, tap, tap. Way out there, at the very limit of my hearing,  I noted the muted call of a blue jay.

When Kaitlin asked us to open our eyes, I was surprised at how much easier it had been to suppress the chatter inside my head than it is in an indoor yoga class. The sounds and earthy smells of the forest had engaged me fully. Reluctantly I got up as Kaitlin explained we would now walk very, very slowly. “Listen to the forest; smell it,” she advised.

The late afternoon light angled through the maples as I ambled along, noticing how few were mature. I realized I was walking through a recently reforested area. Then I spied a magnificent oak, then another. Crunch. Crunch. Crunch. What were all these seeds scattered on the ground?

When Kaitlin asked about our experience, I was once again taken aback. The forest, and the stories it was telling me, had drowned out the trials and tribulations of my daily work. I was in the moment.

When Toronto physician Mike Evans released “23½ Hours” on YouTube, the video went viral. The engaging presentation explained that the best thing you can do for your physical and mental health is to walk for 30 minutes a day. 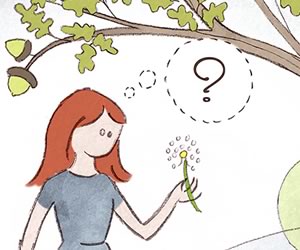 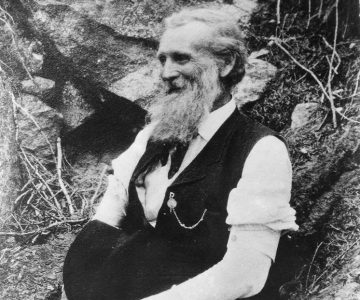