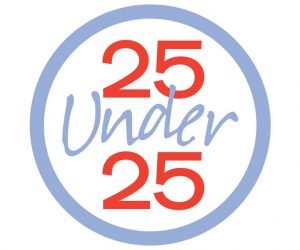 We cannot tell a lie: Choosing just 25 talented and accomplished young people under the age of 25 from an awe-inspiring stack of nominations was a difficult task!

The idea seemed simple enough. In The Hills, Theatre Orangeville and Museum of Dufferin wanted to celebrate our own 25 years at the heart of cultural life in Headwaters by teaming up to shine a spotlight on the community’s next generation of innovators and creators. So we asked you to tell us about the fantastic young people in your lives.

We were flooded with nominations from sports coaches, educators, neighbours, friends, parents and grandparents telling us they knew the perfect person for us. A few brave souls nominated themselves. And we were blown away by the talents, volunteerism and energy that those nominations uncovered.

We sincerely thank everyone who reached out to participate in this project. The 25 recipients who made our final list are outstanding young people who represent a broad cross-section of the Headwaters community. They have all achieved a great deal in their young lives and seem to be just getting started. We’ll be toasting them at a celebration Saturday, October 13 at Orangeville’s Opera House.

If this is what the future of Headwaters looks like, we’re in good hands. 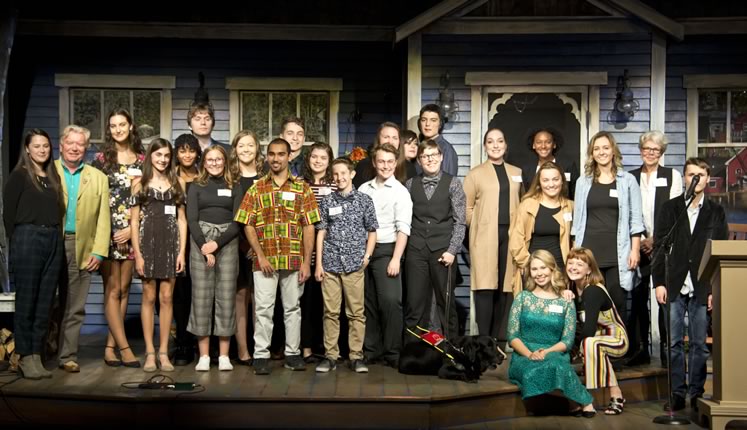 On October 13, we toasted the 25 amazing young people selected for the 25 Under 25 Award by In The Hills, Theatre Orangeville and Museum of Dufferin. We squeezed *most* of them on stage with us! Photo by Pete Paterson.

The recipients, in alphabetical order: