There are many ways to live a good life, but I’m intrigued by people who are unconventional about it. John Wheelwright is one. He always finds creative ways to spend his time – and to test himself.

Consider: This past August, as he has done every 10 years for the past four decades, John joined a Canoe North Adventures trip led by Al Pace of Hockley Valley. On the Upper Horton River, 140 kilometres north of the Arctic Circle, the group, which included three generations of the Wheelwright family, canoed 300 kilometres through the wilderness. For 11 days they slept in tents and coped with near freezing temperatures.

He met his wife, Isabel, when the two were in high school. The couple, who married in 1952 and raised four children, were together for nearly 65 years until Isabel’s death last year.

As a McGill civil engineering grad, John moved to Toronto early in his career. There he worked for CP Rail, temporarily relocating tracks while the city built some of the major traffic routes, such as the Don Valley Parkway and the Bayview Extension.

The six Wheelwrights spent three summers living in makeshift quarters on a property they bought near Palgrave before building their home and settling into country life full time. The local pony club, the tennis club and Palgrave’s three-room schoolhouse were the Wheelwrights’ activity centres.

And they gave back, in spades. While other schools in the area were organizing field trips to Quebec City, the Wheelwrights, and Isabel in particular, helped put together student excursions to the Arctic.

When John isn’t canoeing or tending his 60-acre property, he spends two days a week at the office of the Wheelwright Group, the company he founded in 1961. Now headed by his daughter Ruth, the company constructs pre-engineered steel buildings worldwide. 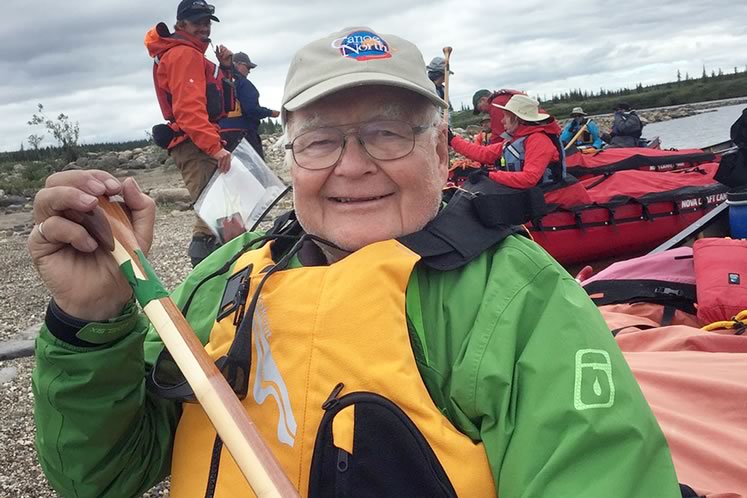 John Wheelwright, 89, paddled 300 kilometres on the Upper Horton River north of the Arctic Circle this past summer. Courtesy Pate Neumann.

In his spare time John builds clocks, chairs, chopping blocks, birdhouses and pepper grinders in his combination machine and woodworking shop. And he is a member of Orangeville’s Probus Club, the Upper Credit Trout Club and the local gun club.

The thought of slowing down hasn’t occurred to him. 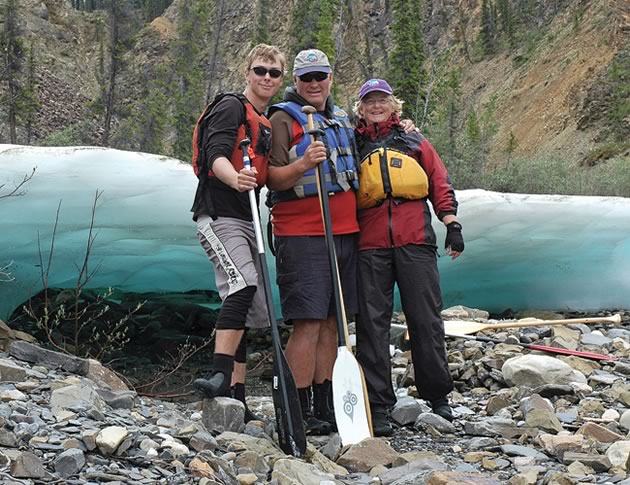 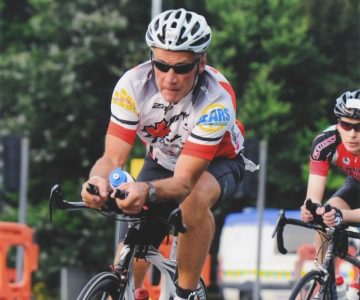 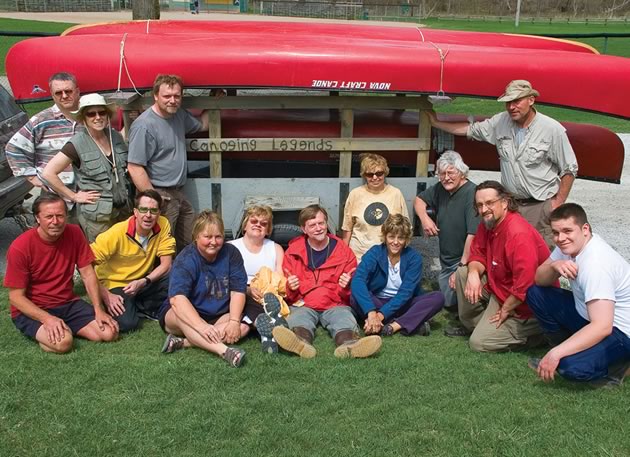 A group of adventurers challenges the Credit River during spring runoff.