Caledon’s Shailyn Pierre-Dixon, 15, won a Canadian Screen Award for best supporting actress in the The Book of Negroes. 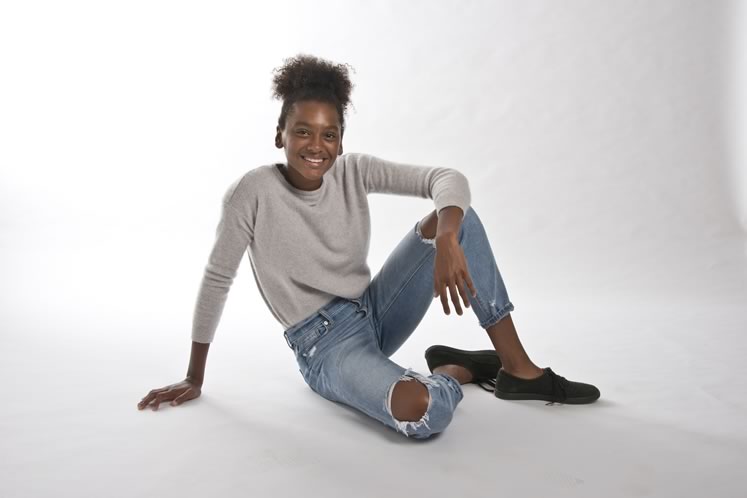 Racking up roles in a big-time literary miniseries (The Book of Negroes), a Will Smith blockbuster (Suicide Squad) and the first Canadian Netflix coproduction (Between) would be a big deal for an actor at any age. But at just 15, Shailyn Pierre-Dixon has done all that and more.

Shailyn won a Canadian Screen Award for best supporting actress in her role as Young Aminata in the miniseries adaptation of Lawrence Hill’s novel The Book of Negroes, which she landed at age 10. One Los Angeles Times writer called her performance, “Deep, serious and at surprising times sweet.”

For now, Shailyn is deep into the dramatic arts program at Mayfield Secondary School, where her other interests are staying on the honour roll, volunteering and track and field.

Meet her in person and you can’t miss that preternatural glow so many movie stars seem to have. At the same time, Shai, as she’s called by those close to her, has an unabashed silly streak that reminds you she’s still a fun-loving young girl.

When talking about her numerous accomplishments in school sports, she shoots her mom a glance, laughs and admits she’d like to make it to the Olympics – mostly because she’d also really like to make it onto the box of her favourite breakfast cereal, Vector. Based on what this teen has accomplished so far, we’d all do well to watch the cereal aisle.