For 20 years, Lee Anne Downey had known that she wanted to move to the country – specifically, to a stone house on a farmstead. Three years ago, after reading a book called Lavender Fields of America, she amended that bucket-list item to include lavender farming. “I didn’t think that was going to be realistic,” says the lanky brunette in her newly renovated kitchen overlooking the lavender field. 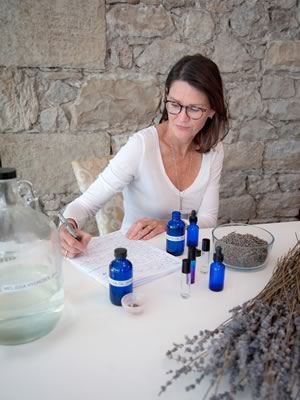 Lee Anne Downey sits at her kitchen counter with the lavender oil she pressed last summer at Stonewell Farm. She is developing ideas for a small-batch line of lavender products to debut this year. Photo by Rosemary Hasner / Black Dog Creative Arts.

Then she and her husband, Tom Hitchman, found the perfect 1872 stone house on 93 acres in Erin and moved in two years ago. Realizing she had “calcareous” soil, rocky and dry enough for lavender, Lee Anne gathered a crew of friends and family, and in the summer of 2017, they planted about 2,500 plugs. She chose the French cultivars ‘Phenomenal’ and ‘Gros Blue’ and the English ‘Folgate,’ ‘Melissa’ and ‘Royal Velvet.’

“You work really hard from April to November,” she says of the new rhythms of her life. When the conditions are right, she has to step up and take advantage of the moment. Case in point: “The first summer they’re not supposed to have a lot of blossoms, but mine did, so we harvested for buds.”

Last year Lee Anne harvested for her first oil. She’s currently working on developing a small-batch line of products using both the oil and hydrosol, the aromatic water that is a byproduct of the distillation process. Lavender takes two years to fully mature, and the oil needs six to 12 months before it’s ready to be used in products. These built-in breathers have given this go-getter time to think about how she wants the Stonewell Farm experience to unfold.

“It’s the perfect scenario because you have two years to learn and figure out what your market is,” says Lee Anne, who has worked in the fashion, finance and conference industries. She’s already on the board of the Ontario Lavender Association and aspires to achieve organic certification status in a few years.

At this point she has opened the farm as a paid location for professional photographers and may launch a small-scale agritourism business, which she envisions as workshops on the terrace facing the field rather than busy bus tours.

As she sits at her counter wafting bottles of the heady oils under visitors’ noses, Lee Anne has the air of someone still pinching herself to make sure her good fortune is real. At the same time, she admits that once the bucket-list gears started turning, there was no stopping them. “I jumped in, as I do everything in my life,” she says. 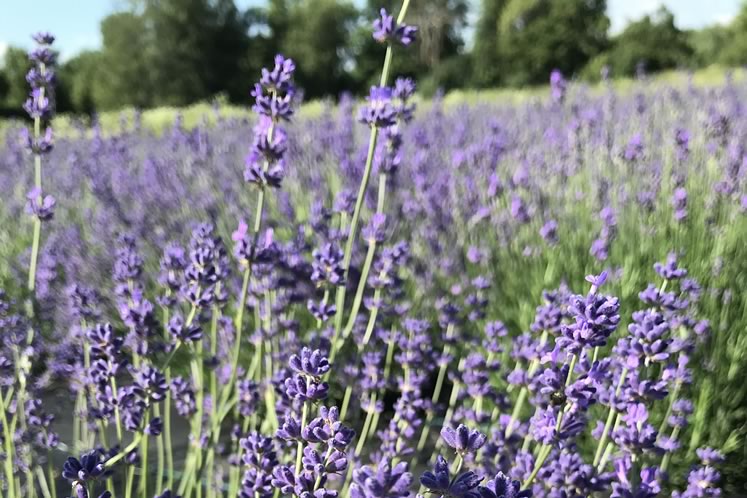 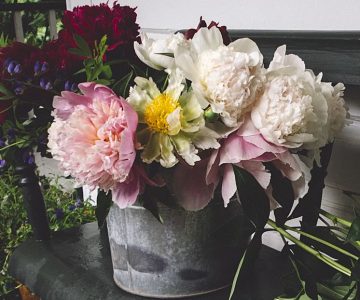 Looking for a rare peony variety? Diana Hillman’s got you covered with rootstock from North America and the Netherlands. 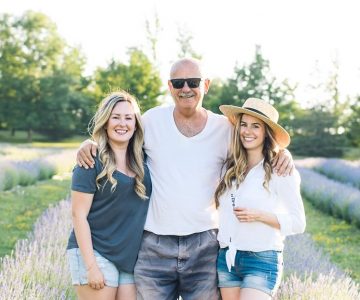 How Emma Greasley and Jessica Ridding transformed the Creemore farm where they grew up into a lavender dream. 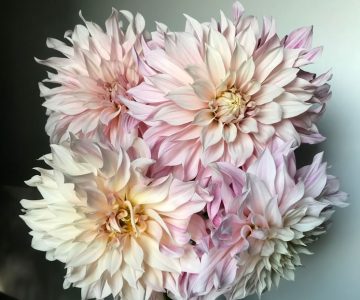 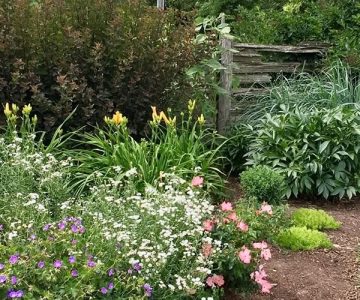 No time like the present to start working in the garden! Use these tips to clean up and get ready for new plants.