For many of us, collecting souvenirs on our travels is about stuffing our carry-ons with postcards, T-shirts or kitschy tchotchkes. For jeweller Heidi von der Gathen, it’s about filling her pockets with bark, wild vines, pebbles and shells.

“I collect textures,” she says, pulling out a piece of palm bark that looks like a hairy coconut shell. 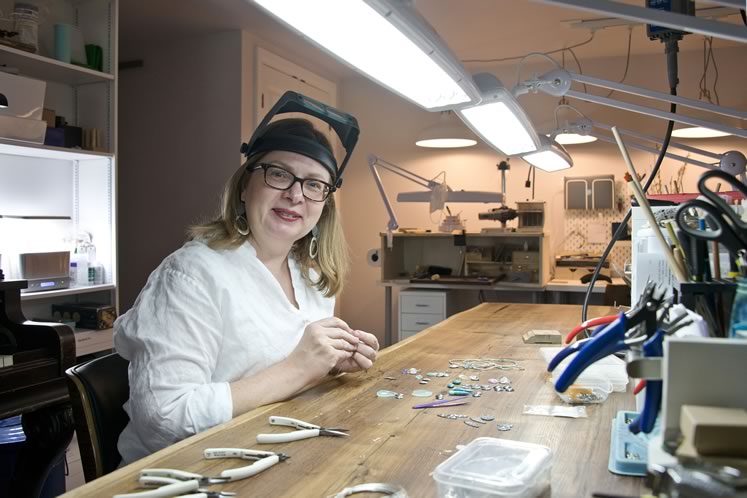 These collectables are not mere inspiration for the earthy necklaces, earrings and bracelets she crafts here in the bright renovated basement studio in her Orangeville home. Nor does Heidi fashion pieces out of the bits themselves. Instead, they act as molds for the sterling silver components she uses with gold findings, semiprecious gems and baroque pearls.

Her finds do duty as texture boards as she works with a material that originated in Japan called precious metal clay. By one method, she presses the pale beige clay directly onto the crevices and crannies of, say, a piece of bark, then shapes the clay by hand into a jewellery component. By another method, she’ll create a silicone mold of a pebble or shell she wants to copy, press the clay into that mold and then do further hand work.

The clay contains tiny flecks of sterling silver. So when the clay pieces are fired in a small kiln, the clay binder completely burns away and only the sterling silver form is left. After this, Heidi completes the components by sanding, tumbling or processing them to achieve the patina and finish she’s after. By design, nothing is perfect or symmetrical. “I like a little bit of wonk,” she says.

Heidi’s Air & Earth Design line is roughly divided into three looks. The rugged, moody Signature Collection is rooted in memories of a trip to Iceland in 2014, with stones such as jagged stick quartz and slabs of turquoise howlite evoking the country’s landscape. The Profusion Collection is contemporary and modern, filled with burnished sterling and lots of black. And beachy blues and seashells inspire the summery Shore Collection, which includes her “wobble” necklaces made of small beads such as labradorite, gold and pearl. They are strung on 19-ply steel and can do double duty twisted around the wrist.

Heidi is working on Shore pieces today, stringing a blue Peruvian stone called chalcedony on gold findings. “They’re little tiny sculptures to me,” she says as she pulls her magnifying headgear to the top of her head and puts down a pair of pliers. 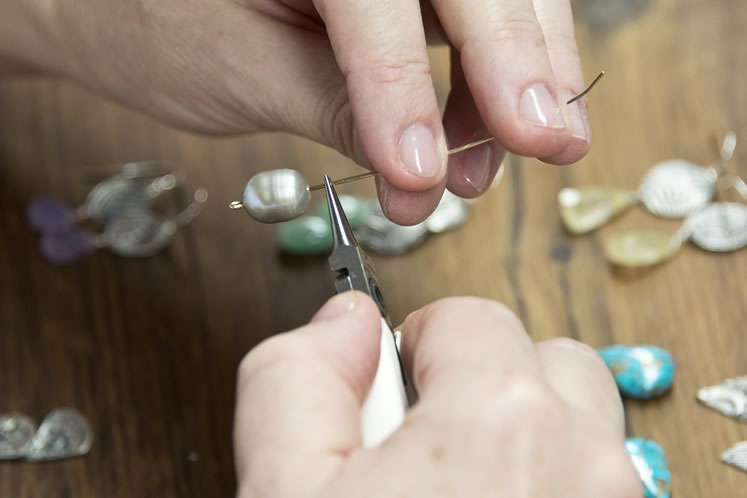 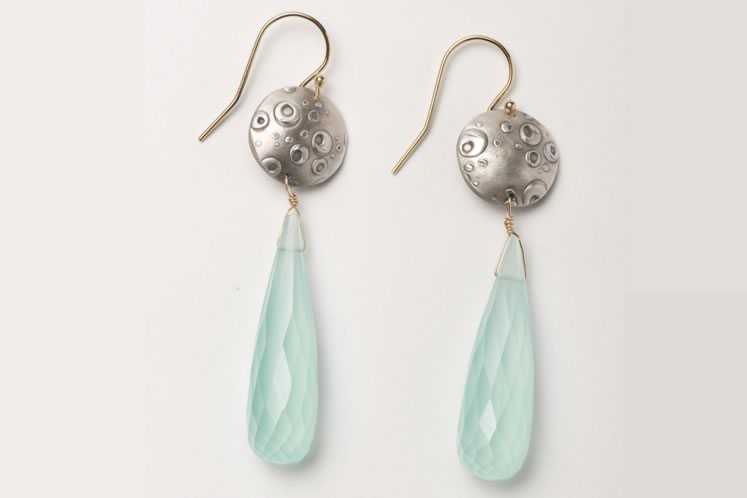 These sea-foam green chalcedony drop earrings have a sterling bubble top and gold findings.  They are from Heidi’s Shore Collection and sell for $85. Photo by Pete Paterson.

She’s not tossing around the sculpture reference lightly. Trained as a sculptor at the Art Institute of Chicago, she worked in hologram and video installations after graduating. She also spent time working with Toronto jeweller Betty Walton before shifting to a career in television post-production. She and her husband, Alan Tate (a former holographic art technician, now an optical designer), had been parents for a year with daughter Ella (now 13) when life in a small town beckoned and they moved here.

Having stepped away from television work, Heidi started making jewellery again for herself in 2016. After fielding compliments for the pieces she wore, she started the business in 2017. She won a Dufferin Arts Council grant in 2017, which she used to buy her small kiln. In 2018 she was awarded a small business grant from the Town of Orangeville. In turn she does her bit to support community charities, including Bethell Hospice and DAREarts. 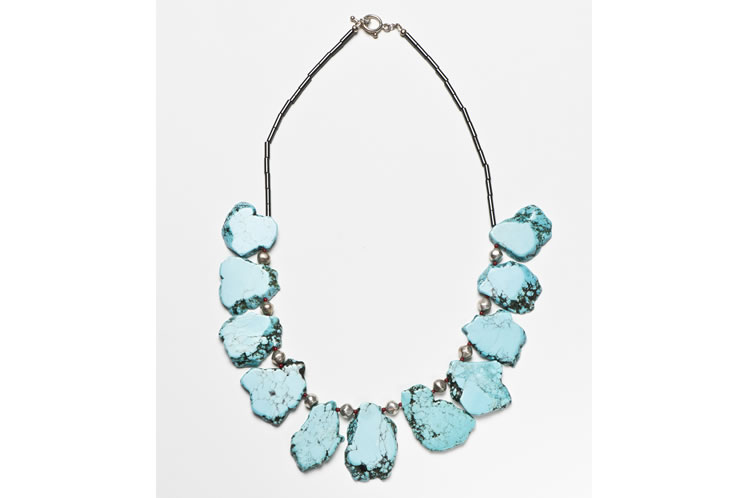 Heidi says her sculptures are on a smaller scale now, but she’s still exploring the classic concerns of the form, including texture, light, space and repetition. And she has one additional concern: “I like my customers to feel gorgeous in my pieces. They’re part of the sculpture.” 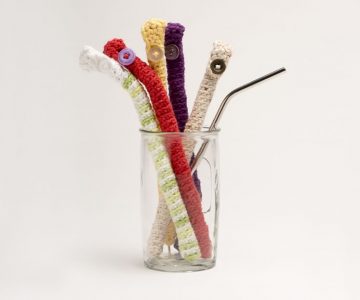 What we’re shopping for this summer in Headwaters. 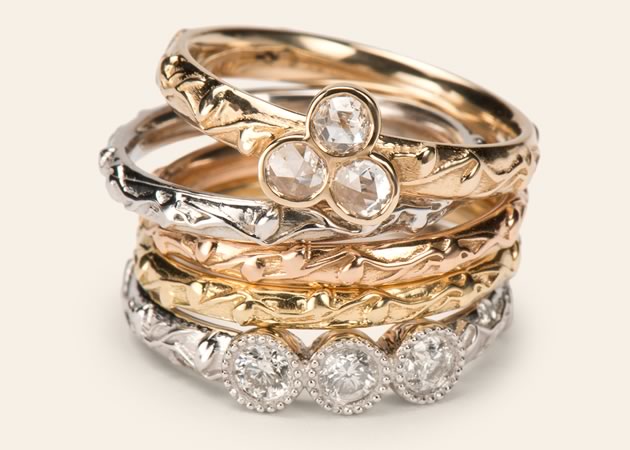 Made In The Hills – Here’s to a season of searching out the best our region has to offer – and sharing widely with family and friends.