In the bustle of modern life, work and family, it’s not hard to lose track of a few hours. Or, let’s be honest, even which day of the week it is. But as I stand at a rugged stone wall topped with flowering sedum, I feel if I stared long enough I might find it hard to remember what century it is altogether.

The mesmerizing fairy tale-worthy wall, which curves through a private property in Caledon, is the handiwork of Grand Valley dry stone craftsman Eric Landman. Eric’s timeless works embody the craft’s ancient past, predating the pyramids. He finished this project in 2017. 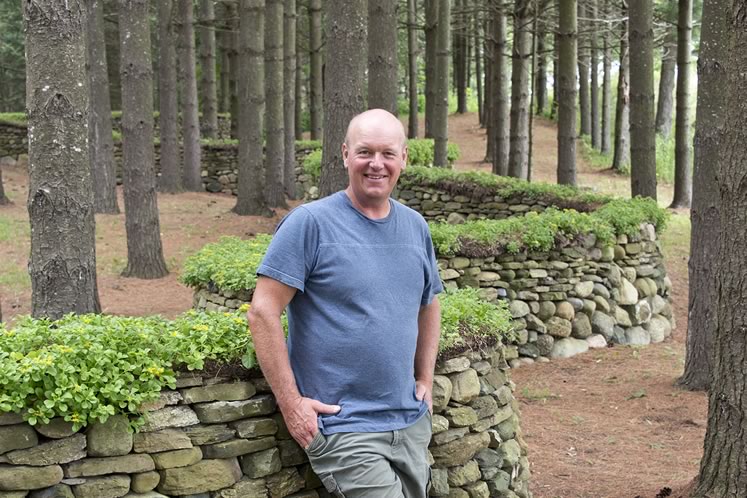 Dry stone waller Eric Landman stands on a private Caledon property where he has completed many walls and structures. Photo by Pete Paterson.

“This craft never goes out of style, and it blends in with the surrounding landscape,” says Eric. Dry stone structures are made without mortar or any fancy tools. A stone hammer and masonry chisel are just about all he uses. A small wall might take a week, larger jobs can stretch to several months. (Pricing depends on the size of the project and location, and the rate is hourly, by the square foot or a blend of the two.)

The stones are local field rock such as granite and limestone, sourced as often as possible on job sites and used as-is. More intricate designs require square or rectangular stone from local quarries.

“I don’t know what I am going to build or what the design will be until I’ve had some time with the location to get a feel for it,” Eric says. “It’s also a conversation with the client to get a sense of their ideas, and then a design, a structure and even a type of energy emerges.”

Eric is known for many public projects, including a new wall featuring a butterfly design in the Friendship Gardens near the cancer wing at Headwaters Health Care Centre. As he worked on that one, some patients thanked him for the peaceful sight. “Seeing the finished design was significant for them, and certainly moving for all of us working on the piece.”

Eric knows the feeling all too well. Perhaps his most famous local piece is the dedication wall featuring a Tree of Life at Dods & McNair Memorial Forest in Island Lake Conservation Area. It is a memorial to Eric’s late wife, Kerry, who died of cancer in 2011. Eric constructed the wall with his son, Jordan Mason.

Now, Eric says laying stone has become akin to a habitual movement like walking. Although he consults style references for building walls, each one is also a unique puzzle. He looks for the ways in which the contours of each rock fit best in combination with others in particular sections, like a game of Jenga in reverse. Friction and gravity are key players.

Eric builds a wall layer by layer (course by course, in walling parlance). Often, the wall will be topped by some form of coping, in many cases flat rocks laid vertically. Since these walls were historically built to keep animals in, the heightened pressure per square inch of vertical rocks offers much needed rigidity to the wall. 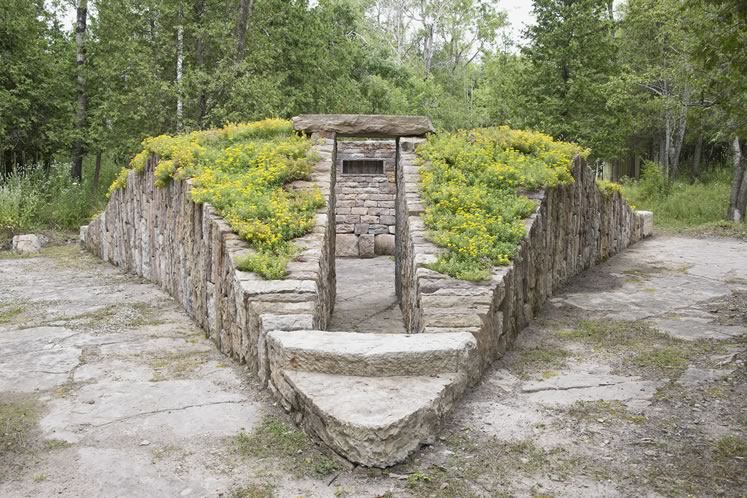 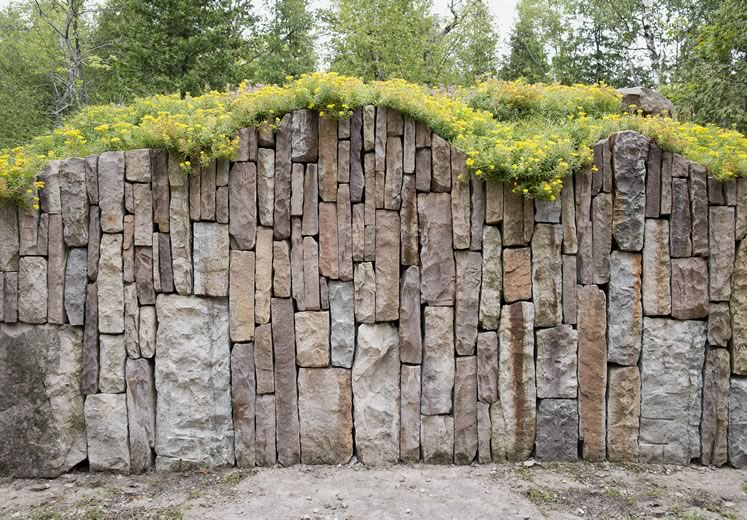 In a twist on the Scottish method of topping walls with sod, Eric used mats of sedum, a common green-roofing material. Photo by Pete Paterson.

Eric, who took his first training course with Port Hope expert and author John Shaw-Rimmington in 2004 in Campbellville, now holds leadership positions at Dry Stone Canada and organizes learning festivals for the group. The dry stone “moon gate” wall in the Alton Village Square was built during a recent gathering, as was the blackhouse on the Grand Valley farm where Eric grew up and still lives with his partner, Elaine O’Sullivan. His daughter, Rebecca, hosts dinners in the blackhouse as part of her food business, Landman Gardens and Bakery. Eric still remembers – not too fondly – picking stones here to clear farm fields.

“I have so much more respect for the stones now than when I was a kid.” 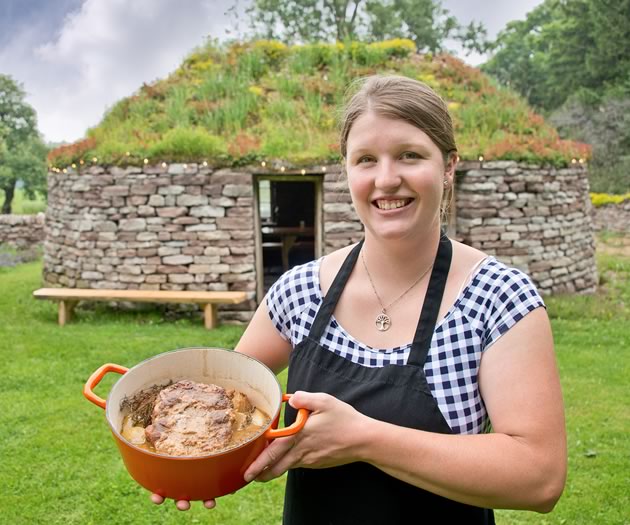 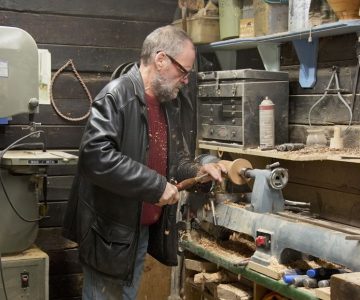 This Alton woodturner’s Spinning Tree Co. pieces are as artful as they are utilitarian. 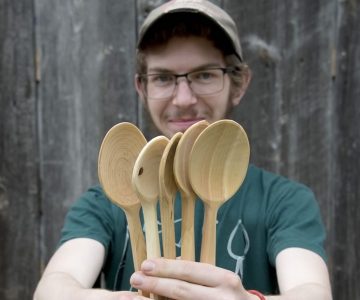 This Hockley Valley artisan is carving out a name for himself with each wooden utensil he creates.