This Hockley Valley artisan is carving out a name for himself with each wooden utensil he creates.

Woodworker Peter Moule is never short of raw material. Here at Hockleycrest, his family’s wooded weekend property, there’s a risk of tripping on the stuff as he approaches the workshop where he’s set up shop for the summer. 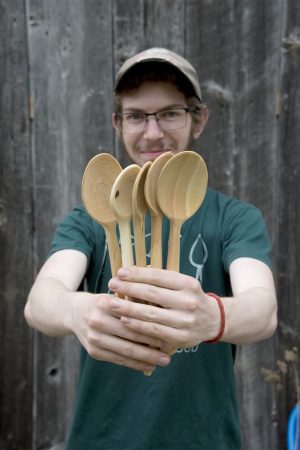 Woodcarver Peter Moule in his Hockley Valley workshop, using an axe and hand tools to craft the smooth wooden spoons he sells under the Hockleycrest Spoon Company banner. Photo by Pete Paterson.

His dad David has piled cut wood here and there, keeping up with recent ice- and windstorms on the property and the Bruce Trail segments he maintains as trail director. Barn boards and other pieces also wait to be upcycled – if not into the utensils Peter creates by hand, then into workbenches, tools and seating.

This is a DIY paradise. But when Peter wanted to double down on hand carving spoons and other useful utensils, he did what any modern artisan does these days – he took to Instagram. There he tapped into an international community of carvers who use only traditional tools and methods.

“There’s a surprisingly large spoon-carving community,” says the slim 21-year-old. Much of it is based in the United Kingdom where he sources many of his hand-forged tools. He has also connected with the North American scene, with plans to visit a four-day green woodworking weekend called Greenwood Fest in Massachusetts.

Peter has carved since he was a kid, but admits his early attempts at carving spoons four years ago, using all the wrong tools, were predictably bad. Since then his virtual tutelage has paid off.

“Hundreds later and they’re much better,” he says, and he can now make a spoon in an hour instead of the four it once took. (He charges about $30 for a large spoon.) He’ll make about four a day while on summer break from Lakehead University where he’s studying outdoor recreation, parks and tourism. You’ll find his wares at the Creemore Farmers’ Market, Am Braigh Farm in Mono and online at hockleycrestspoonco.com.

His current inventory includes smooth – never sandpapered – yet rugged cooking spoons, spatulas, jar spoons for jam and honey, spreading knives, citrus reamers and eating spoons in woods including cherry, maple, butternut and birch. It’s hard not to see the assortment and wonder if you’ve been narrow-minded about using wooden spoons only for pasta sauce or cookie batter. “I use my eating spoon every day,” he says.

To make a spoon Peter first examines a log to ponder its contents. “You have to see the spoon even before you start,” he says, echoing a notion attributed to Michelangelo about chipping away marble to find the shapes hidden within. “You just have to free it, get it out.”

He wields a Flintstones-esque beater stick to drive a tool called a froe into a log to split it. Next, he chips the split piece with a small axe until it’s spoon-like enough for him to sketch a design on. Peter then clamps the wood into his “spoon mule” and pares away using a drawknife. Curls of wood fall as he hand carves with a straight knife and finally a hook knife. While his setup here seems ideal, come fall, Peter will fill an old fabric Eaton’s bag with his travel kit – an axe, three knives and a sharpener – when he heads back to school for his final year.

Peter says he hopes his customers feel connected to him as a hands-on craftsperson and, in turn, to the land his pieces come from. But he also urges those new owners to embrace the nicks and patina that will come with regular use.

“Wood gets better with age,” he says. 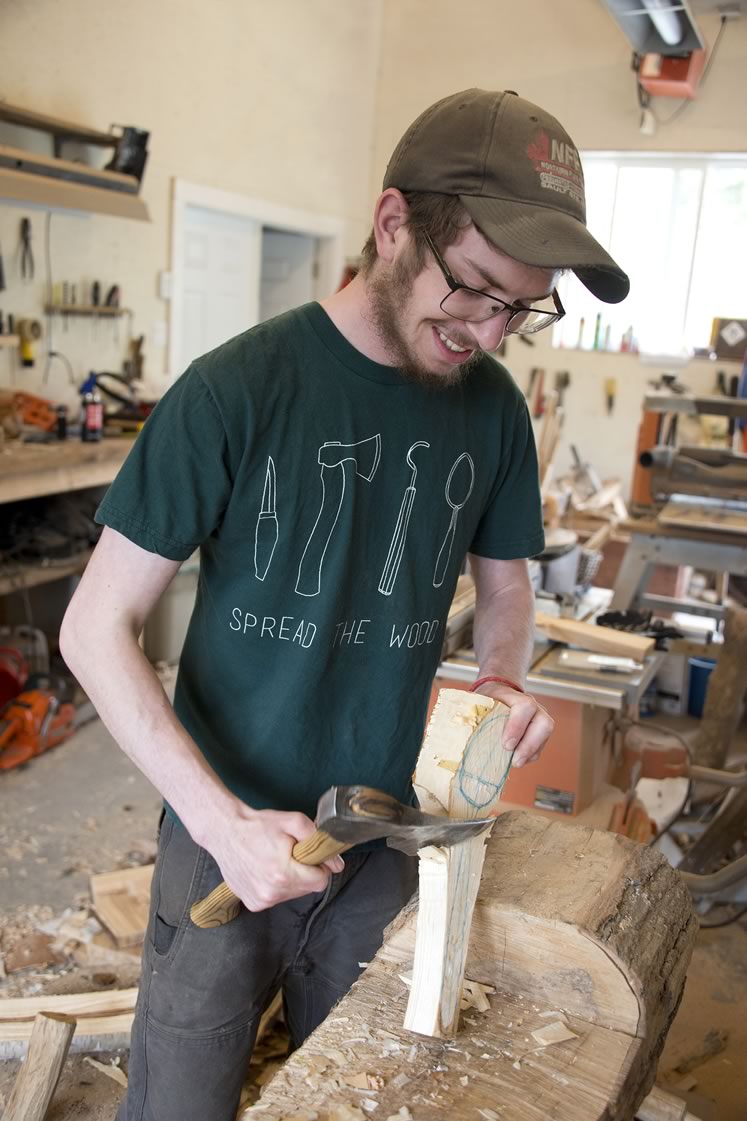 Peter chips the split piece with a small axe until it’s spoon-like enough for him to sketch a design on. Photo by Pete Paterson.

You’ll find his wares at the Creemore Farmers’ Market, Am Braigh Farm in Mono and online at hockleycrestspoonco.com. 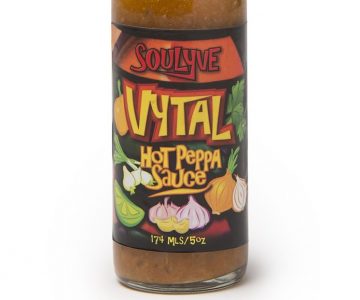 Orangeville has become a hot spot for take-home hot sauces. 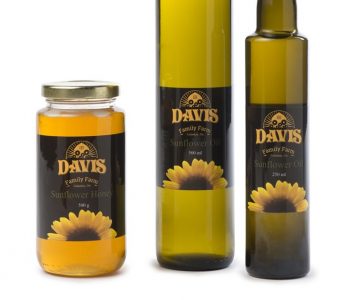 Where we’re buying local this spring. 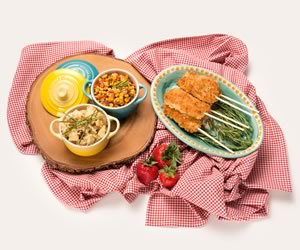 Sprawling out on a patch of grass with a picnic spread before you is among the greatest pleasures!