For 75 years Ontario students had to pass demanding provincial exams to get into high school. Preparation was rigorous and it was widely believed rural teachers weren’t up to the job.

For 75 years Ontario students had to pass demanding provincial exams to get into high school. Preparation was rigorous and it was widely believed rural teachers weren’t up to the job.

The front page of the Erin Advocate on July 17, 1909 published a list of names many local citizens had been waiting for. These were the students in Erin Township who had passed the high school entrance examinations written a month before. Every community newspaper in these hills ran the exam results on the front page, but in Erin that year it’s safe to assume the list provoked a particular feeling of satisfaction, maybe even a whiff of smugness. Thirty candidates had passed. Some passes were always expected at the public school in the village itself (there were five), but this time even tiny one-room schools like S.S. #3 Binkham and #8 Greenock had scored a success. 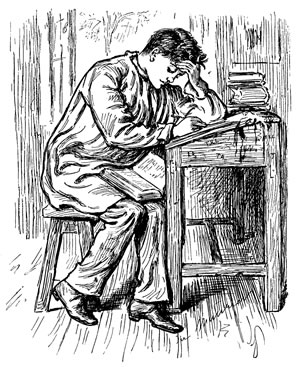 There was reason to be proud. Positive results had been delivered for several years in a row now in Erin Township, raising public confidence in the township’s teachers and schools. That had not always been the case.

Outside of Erin village, all the schools in the township were basic one-room, one-teacher operations, and from the time “The Entrance” was established in the mid-1870s, passes at such schools were hard to achieve. And not just in Erin. Few rural schools in the province had the resources or, more important, a teacher with the background and training to get students ready for the challenge.

These exams were no walk in the park. Consider this question on the 1875 geography exam: “Name the inland counties of Ontario lying to the west of the meridian of Toronto and give their chief towns.” It’s a straightforward test of specific knowledge – but only if a teacher had taught it (or a student had gleaned it from a textbook, if the school had one).

On the arithmetic exam in 1901, candidates were presented with questions such as: “A man invests 1/2 his fortune in land, 1/4 in bank stock, 1/8th in debentures, and loses the remainder which was $8,000 in speculation; how much was his fortune?” To find that fortune takes skill, but prerequisite to the skill is knowing how to calculate fractions.

And what of this question in Canadian history that tests the ability to support a hypothesis in writing? “Show as carefully as you can that in both parliamentary and municipal matters, Canada is governed by the people.”

These were all to get into Grade 9!

Were rural school teachers up to it?

When the provincial government passed legislation in 1871 that made schooling compulsory – and free – up to age 12, elementary school teachers held a First, Second or, the majority by far, Third Class Certificate. Also very common were interim teaching permits granted to someone who had completed Senior Fourth (Grade 8). When The Entrance was inserted into the system, the differences in these qualifications were illuminated significantly. Consider for example how a student at, say, S.S. #1 in Mono Township might have fared on the entrance exams in 1875 (the year of the inland counties question), assuming he or she applied to write it.

The teacher at S.S. #1 Mono in 1875 would most likely have held a Third Class Certificate at best. The basic qualifications for that certificate – aside from good moral character – were to read intelligibly, write “a plain hand,” spell the words of an ordinary sentence, solve simple and compound problems in arithmetic, and know the general outlines of a global map (which few rural schools anywhere had). It’s difficult to imagine how such a teacher could have adequately prepared students to answer questions like the examples above.

This telling difference in qualifications showed up in East Garafraxa schools in 1881, for example. Teachers in four of the township’s six one-room schools held Second Class Certificates. In each of the four, a student passed the entrance exams that year. Two of those students attended schools the county education inspector ranked as “inferior” in resources and facilities, a situation that suggests the students’ success was largely a tribute to the quality of their teachers.

That same year in Melancthon Township only two teachers were qualified at the Second Class level. Still, the township boasted six successful candidates, all of them taught by the two key teachers. (Of Melancthon’s 11 one-room schools at the time, the inspector rated eight as “very inferior.”)

A First Class Certificate added algebra, botany, zoology and natural philosophy to the qualifications, but pretty much until the end of the century teachers at this level in Dufferin County were found only in Orangeville. And arguably, the difference showed. In July of 1887 the names of 56 successful candidates from Orangeville’s three elementary schools appeared in local papers. All the teachers held First or Second Class qualifications.

Although the entrance examinations had a looming and somewhat dreaded presence in Ontario classrooms, it was also a driving force for improvement, highlighting the importance of teaching qualifications and training, as well as the value of resources (such as maps – in 1902 the 208 students in Grand Valley’s school had access to 13 maps and a globe). And with community newspapers providing impetus by regularly publishing the names of successful candidates, over time the province’s rural schools rose to the challenge. Erin Township’s 1909 pass rates were a case in point (and except for a pause during World War I, they continued to rise). Dufferin County, too, showed a jump to 111 in 1884 from 39 passes in 1881, continuing to rise until The Entrance met an unlamented end in 1949.

By that time the success rate of candidates from rural schools compared to urban centres, while not precisely equal, was no longer an issue. The year before The Entrance was abolished, Ontario’s Department of Education had instituted a new set of provincial exams, this time for Grade 13 students.

“The Departmentals,” as they came to be called, included questions like this one from the 1958 history exam: “What disadvantages in the economic system of laissez-faire had become apparent by the end of the nineteenth century?”

Ironically, as students prepared for the new set of province-wide exams, concerns were raised about whether teachers in the province’s smaller, rural high schools were up to the task.

In 1881, the year it became a county, Dufferin began an aggressive campaign to improve rural school buildings, and by 1886 there were only six log schools still in use. Resources were increased dramatically. The education inspector’s 1886 report, for example, listed 142 blackboards in the county’s schools and 29 globes. And it described a significant upgrade in teacher qualifications – 23 out of 87 teachers in the jurisdiction had attended Normal School (as colleges for teacher training were known), and only one teacher in the entire county still held an interim certificate. Without comment, the report included information that the average male teacher received $459 per annum, while female teachers with identical qualifications were paid $299.

“Give an account of the part taken by John A. Macdonald in bringing about Confederation.”

“Write the plural of baby, enemy, journey, calf, muff, canto and penny; the feminine of abbot, hart, and uncle; the masculine of madam, duck and bride; the comparative and superlative forms of late, dry and gay; and the third singular present indicative, the present participle, and the past participle of deny, teach and lie.” 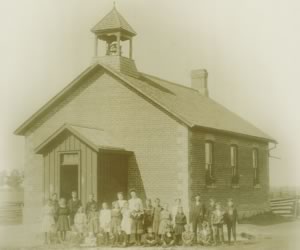 “Your Christmas concert must be first-rate. Nothing less!”

During the 1800s, teachers in local one-room schools faced  a list of expectations and responsibilities so onerous,  it’s a wonder so many carried on. 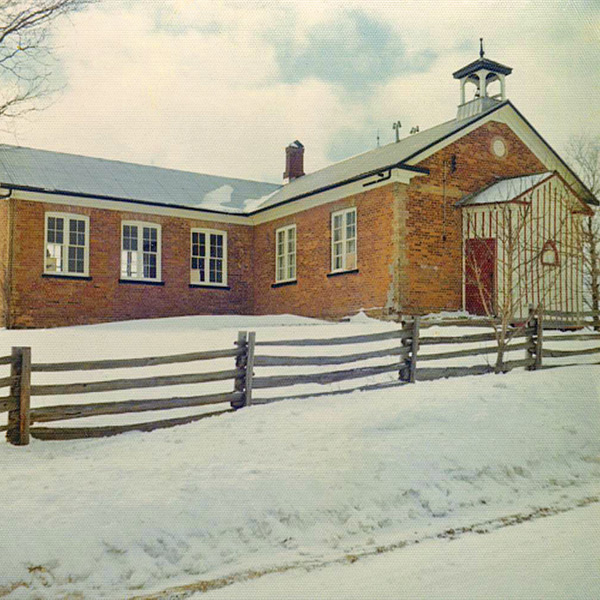 The sound of children’s laughter still echoes up the hillside at SS#1 Stanton, attended by four generations of the writer’s family, including the school’s current occupants who have made it their home.