An oft-quoted, though possibly apocryphal, comment attributed to British biologist J.B.S. Haldane was this: “God has an inordinate fondness for beetles.” The world is, in fact, awash in beetles, with over 350,000 species at last count! This far eclipses totals for most other organisms, excluding microscopic critters like bacteria.

Here are four beetles, each at home in the Headwaters. A tiny sample, but illustrative of the teeming beetle tribe. 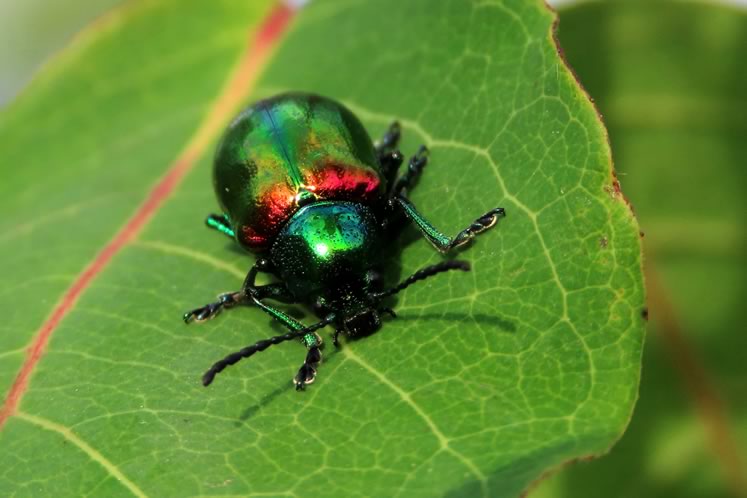 One is the dogbane beetle, so named because it lives, feeds, and finds love only on dogbane plants. Dogbane is related to the milkweeds and like milkweeds is packed with toxic cardenolides, ominously known as “heart-arresters.” No wonder the stunning dogbane beetles boldly conduct their affairs in the open. 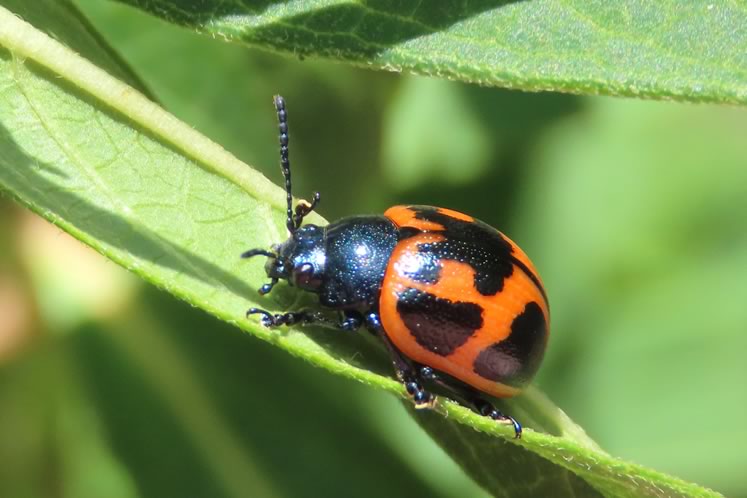 Milkweed beetles also offer look but don’t touch beauty, having acquired their cardenolides from milkweeds instead of dogbane. They shout their toxicity with contrasting orange and black, just like monarch butterflies. I’m struck that most of the small cast of milkweed feeding insects fly the same colours. What chemical elixir in milkweed is responsible? 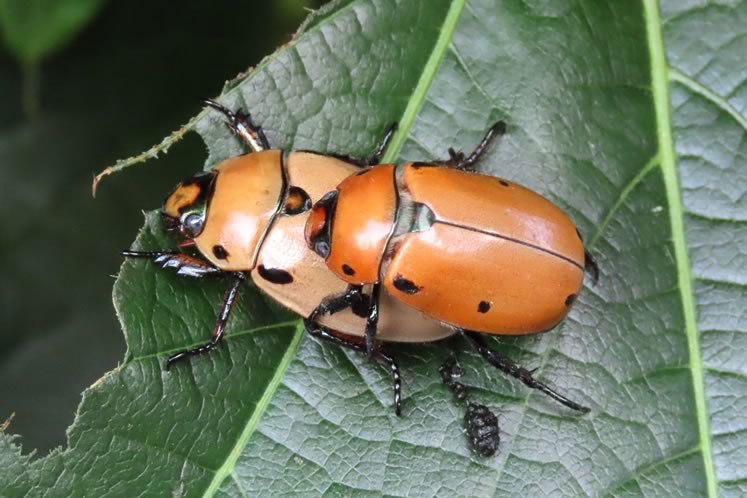 Grapevine beetles’ choice of salad is, well, grapevine, but also Virginia creeper and Boston ivy. As Headwaters beetles go, these beetles are behemoths, about the size of wine corks. Somehow they get that heft airborne. Their flight, though, will never inspire poetic rapture like that of swallows. Grapevine beetles careen about, bumping into things and buzzing like erratic little drones. 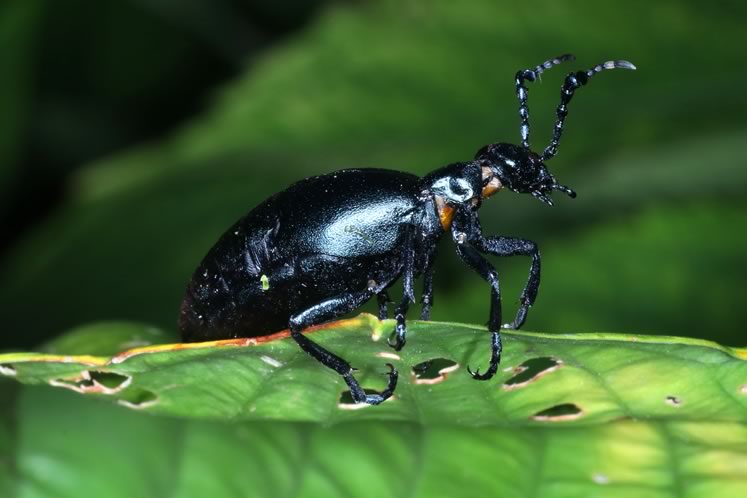 The fourth beetle in this list lacks the comeliness of the previous three. And its name suggests potential nastiness: blister beetle. These jet-black beetles pack another chemical punch called cantharidin, which can cause blisters if you have the temerity to slap one as you might a mosquito or deer fly.

So there you have it. Four beetles among hundreds of thousands, each with a unique story to tell. 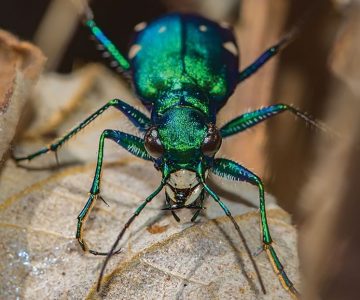 The benefits of the bugs in our backyards. 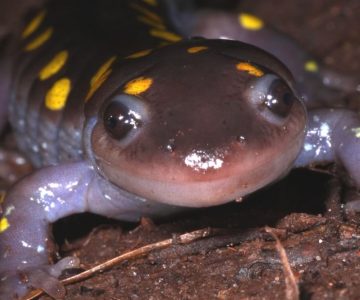 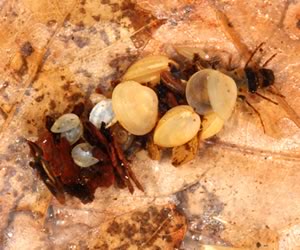 French artist Hubert Duprat capitalized on this in the 1980s by supplying caddisflies with flecks of gold and tiny precious stones. 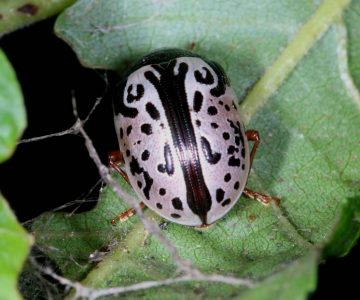