Meet a few of the contributors who make this autumn 2020 issue of In The Hills a treasure – Don Scallen, Roberta Fracassi and Erin Woodley. 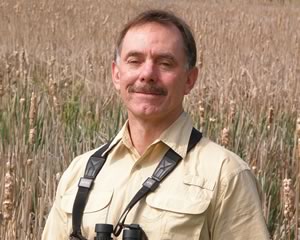 Don Scallen is passionate about nature in all its kaleidoscopic diversity from songbirds to salamanders and mayflies to maples. He explores meadows, woodlands and wetlands to learn the fascinating stories that plants and animals tell. Don taught middle school science for more than 20 years, allowing him to share his love of nature with children, something he enjoyed immensely. In addition to writing for In The Hills, he provides talks and workshops for the Bruce Trail Conservancy, Ontario Nature, Guelph Arboretum and High Park Walking Tours. This fall he is publishing his first book, Nature Where We Live: Activities to Engage Your Inner Scientist from Pond Dipping to Animal Tracking. In this issue, Don explores the vast network of life sheltered by local forests. Between issues, his “Notes from the Wild” blog at inthehills.ca zooms in on species he’s observing in real time – most recently foxes, beetles and moths. 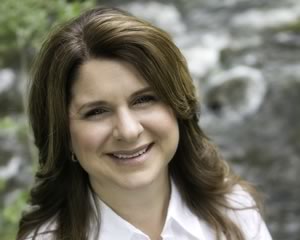 Whenever Roberta Fracassi drives along Broadway in Orangeville, she has fond memories of growing up in the hills of Headwaters. After a 19-year stint commuting from Orangeville to Brampton as a dental assistant, Roberta found what we consider her true calling as one of two In The Hills marketing managers. In 2008, Roberta completed Magazine Canada’s School for Advertising Sales and this year celebrates her 12th anniversary serving clients in Orangeville, Shelburne, Rosemont and other locations north of Highway 9. “We have an amazing team spirit and it’s no wonder In The Hills is the best loved and most read publication in all of Headwaters,” she says. She enjoys making the most out of life with her husband, their two children and her friends. It’s not surprising to anyone who knows her that Roberta won the Dufferin Women in Business Networker of the Year Award in 2017. “We all need to help one another to succeed,” she says. 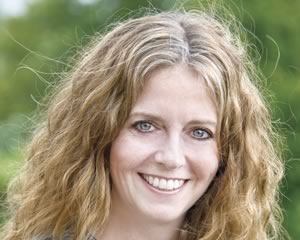 Erin Woodley has known the meaning of hard work since she was a kid. The highlight of 15 years of competitive synchronized swimming? Winning an Olympic silver medal at the 1996 Olympics in Atlanta! Erin brings this drive to her work as an In The Hills marketing manager. Erin moved to Orangeville with her husband and daughters in 2012 and has worked with the magazine for six years. “It’s energizing to work with so many bright, creative and caring women,” she says of the core team. With a background in advertising, sales and fundraising, Erin is keen to build lasting relationships with her clients in Caledon, Bolton, Erin and other areas south of Highway 9. In her spare time, Erin is a volunteer swim coach with Dufferin Special Olympics. She also loves spending time with her family, her two French bulldogs and stacks of books, along with trying out new plant-based recipes. 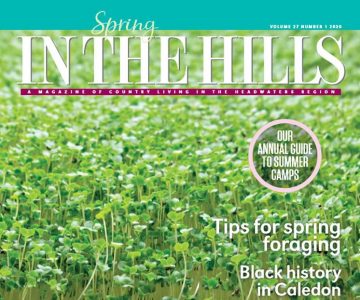 Meet a few of the contributors who make this spring 2020 issue of In The Hills a great read – Pete Paterson, Nicola Ross and Ruth Ann Pearce.