Spotlight: The coffee’s back on in Inglewood!

As an adult, Ariel Somes has never strayed too far or for very long from her childhood home on the well-known equestrian farm, Lothlorien, near Cheltenham. And now, the horsewoman is doubling down on her local roots by reviving the long-empty general store in the neighbouring village of Inglewood. Coywolf Coffee, named after the Caledon farm where she currently lives, opened at the end of June. 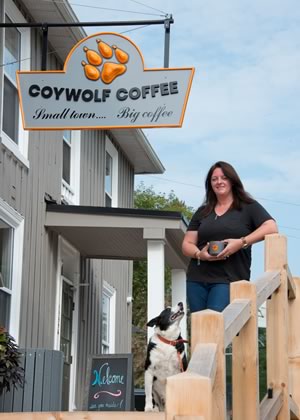 Ariel Somes at her new Coywolf Coffee in Inglewood. Photo by Pete Paterson.

“The neighbourhood seems to love having a place to gather and chat,” says Ariel. “The general store had such a lovely atmosphere before and I wanted to bring back the home-style feeling of being able to go to ‘your spot’ and sit with a friend or read a book.”

Creating a community hub is important to Ariel, who feels a deep connection to the area. She grew up on the rail trail and recalls biking from Cheltenham to Inglewood to see her best friend, and playing sports in the arena along with her three brothers.

At Coywolf Coffee, menu items flying out the door include apple fritters, sausage rolls, sandwiches, iced drinks and lemonades. Ariel doesn’t drink coffee herself – even Coywolf’s freshly ground offerings – so she offers a signature hot chocolate, perfect for fall’s cooler days. Equally important has been the aesthetic of the seating area, with books and photos lining the shelves and a kids’ corner she promises to expand as Covid restrictions lift.

Ariel also owns the gracious white clapboard building to the north of Coywolf Coffee, now home to The Cub Ice Cream & Smoothies – her take on a vintage, old-fashioned malt shop. “When I was a kid I loved getting ice cream with friends or going for a cone after hockey with my parents,” she says. “With so many young families now growing up in town, ice cream seemed the way to go!”

Dave Scoffield and Wade Plewes, owners and chefs at Midland’s Georgian Shores Catering and Food Shop, have opened an Orangeville outpost with fresh and frozen entrées including meat pies, lasagne, and mac and cheese. Lunch specials include wraps and quiche. We’re fond of their dessert menu’s brownies and blondies. In Creemore, Quince Bistro owner/chef/sommelier Otta Zapotocky has morphed the business into La Cucina by Quince, with a focus on authentic Italian antipasti, pasta, secondi and pizza made using local and seasonal ingredients. Lunch specials include eggplant parmigiana and mortadella sandwiches. 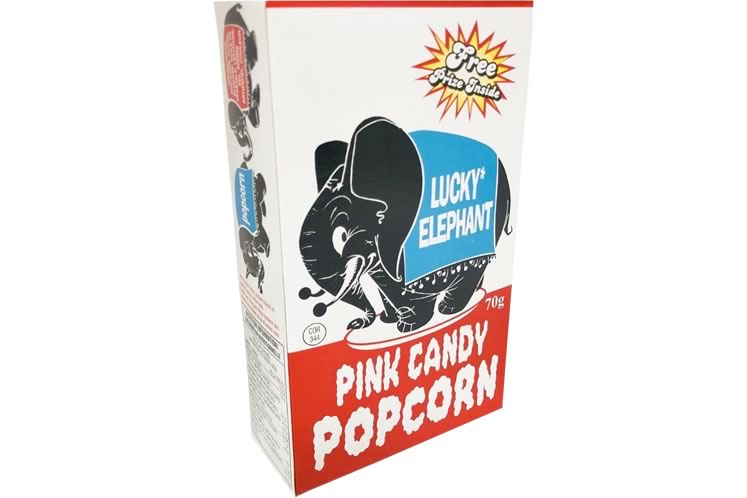 We love a good fair, but until they’re back in full force, Orangeville specialists in celebratory moments, Fun Faces by Mel (Meleny Vezzani) and Confections by Cristina (Cristina Gravina), fill the gap with “A Day at the Fair.” It’s a complete carnival food kit available in two- and four-person sizes for delivery. 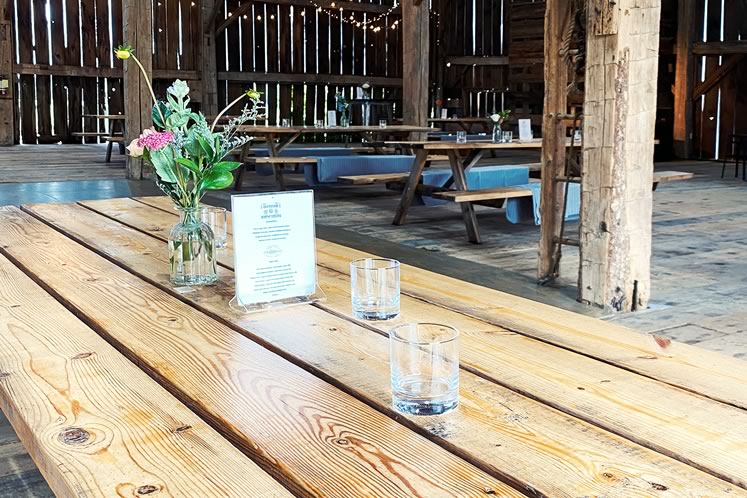 Headwaters’ beer and wine destinations continue to multiply. Grand Valley gets a great place for craft beer and burgers with the opening of Wrinkly Bear Brewing Company by Larry and Sherry Matlashewski and family. Located in the scenic village’s two-storey, heritage schoolhouse, the Main Street spot is named for their wrinkly-faced brown Labrador with a bear swagger. And coming soon: Grand Valley Brewery, just north of town.

The intriguing fall and winter beer, cider and wine tastings at Caledon’s Cambium Farms include a dozen or so palate-pleasing events. On September 26, for instance, Toronto’s Max Roemer, aka TheLoneSomm, shares the best whites to pair with your Thanksgiving Feast. And on October 7 the focus is red beers. Bourbon and scotch tastings are also on the agenda later this year. Partners include Ontario Brew Tours and local food purveyors such as Orangeville’s Fromage. “Our events provide guests with a glimpse at the beautiful and intimate event setting at Cambium Farms while learning about the featured drinks, the history behind the beverages and other fun facts,” says Cambium’s Colin Williams. “We have well-established partnerships with talented local businesses, and these tastings are the perfect way to showcase and support industries that, like us, were hard hit by the pandemic.” Visit Cambium’s website, The Curated Experience, for details.

And lastly, some good news for fans of Blue Mountain’s Spy Cider House and Distillery. It now has a booth at the Orangeville Farmers’ Market offering a variety of ciders as well as other apple-based distilled products in small bottles for at-home taste testing. 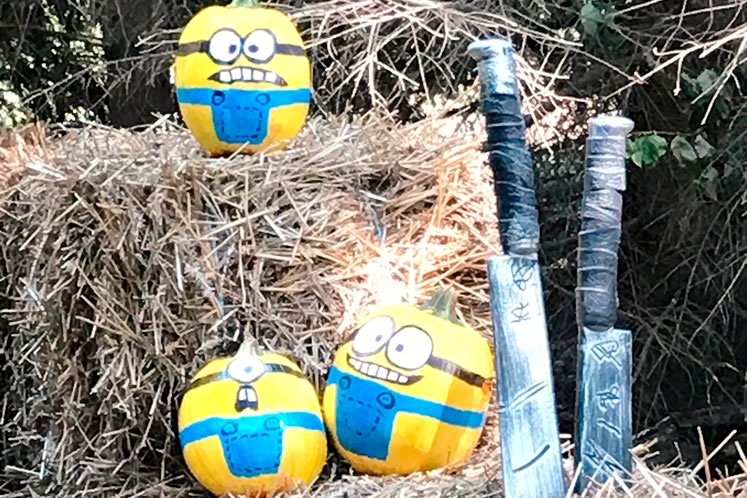 This we know is true: fall = pumpkins. And you can find them dotted all over Headwaters. Downey’s Farm in Caledon features thousands of pumpkins and a corn maze – and their pumpkin doughnuts alone are worth the trip. To the north lies Dixie Orchards, which hosts pumpkin picking, wagon rides – and the more niche offering of hazelnut picking! Don’t sleep on their mainstay apples either. Caledon’s Albion Orchards Apple Farm & Country Market boasts an expansive pumpkin patch and a shop groaning with freshly baked pies, Mennonite summer sausage and maple syrup. Newly open on weekends in Caledon, Beth-Neil Farms offers nature walks, Insta-worthy hay bale structures and pumpkin picking – watch for adorable Minion-painted versions, too. Cricket Creek Farm in Hockley Valley offers organic pumpkins and hardwood trails through their 100 acres, plus a chance to visit with resident chickens, cows and horses. Kids will love Sweet Peas Farm in Amaranth, which offers wagon rides, a straw jump, a farm animal petting zoo, a bouncy castle and (gulp) monster truck rides. Mulmur’s Maple Grove Farm & Market is home to a corn maze and pumpkin patch, plus you can zip through your weekly grocery shop at their market, which is stocked with meats, cheese, produce, sauces and prepared meals.

Jody and Salisha Farida Dindial of Fari Trini Tings are making waves at the Orangeville Farmers’ Market with their Trinidadian doubles featuring a tantalizing chickpea filling wrapped in a soft, fried bread called bara. Don’t miss their aloo pies, fried bread stuffed with seasoned potato, and served with tamarind or hot pepper sauce. Contact them for pre-orders and catering options, too. 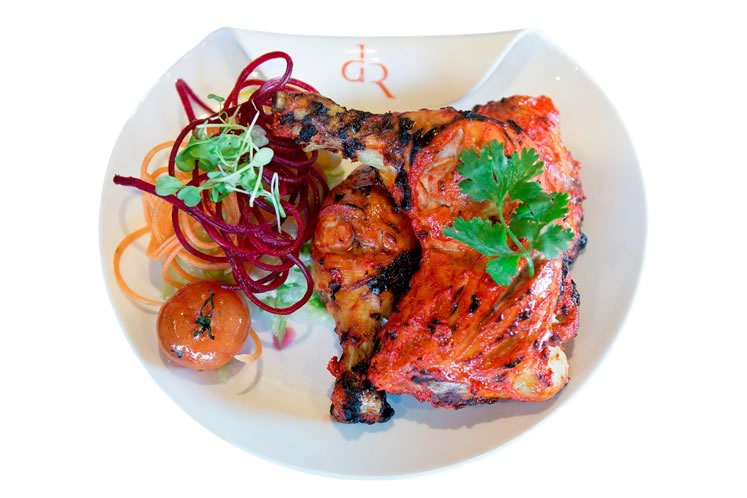 At the new Daal Roti Express on First Street in Orangeville, owners Parin Choksi and Nishith Shah offer multi-dish combos to curb multiple cravings at once. If you go for the crisp and savoury samosas with two curries, may we suggest the creamy cheese paneer drenched in flavourful palak (spinach) and the smoky chicken tandoori. 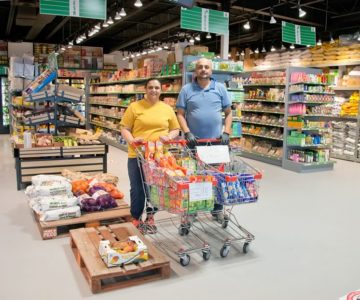 A new grocery to visit, fresh gourmet takeout to try and a bevy of food trucks to chase. 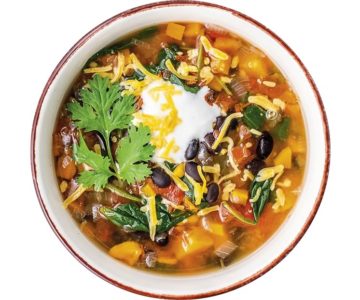 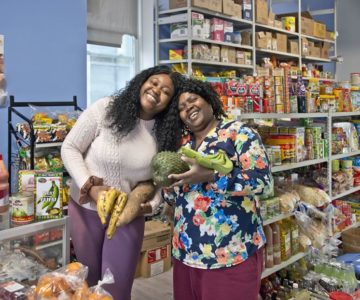 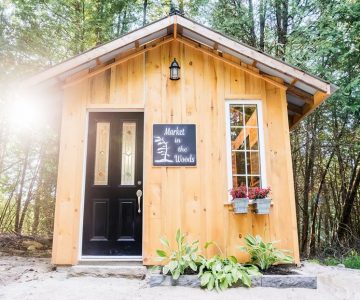