So many old phone numbers came rushing back to me when I was doing some cleaning recently and found a tiny leather address book. 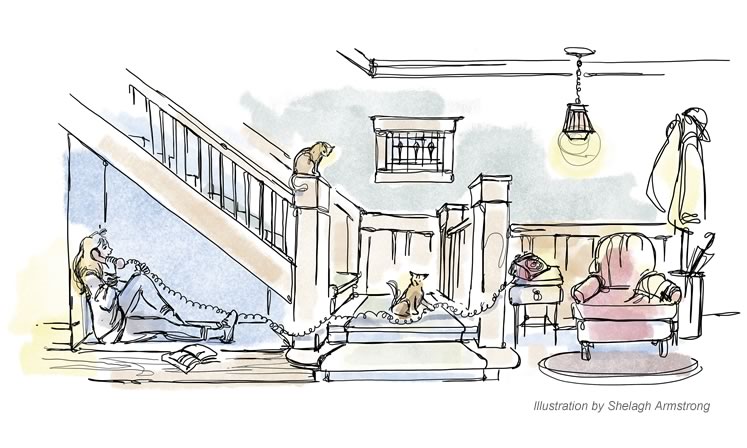 There are four phone numbers from my youth that are still firmly lodged in my memory bank. All of them are just seven magical digits, you didn’t have to dial the area code back then.

My first memorable phone number was in Brampton, when I fell in love with phone chatter as a 10-year-old girl on the cusp of becoming a teenager.

The next phone number, the one around the longest, was the one Bell gave us when my family landed in East Garafraxa. In the minky black nights of life on a farm, the phone was sometimes all there was.

The next one was the coolest. Entirely composed of 7s and 8s – it rolled off my tongue. I didn’t get to be the giver of this number. It was my parents’ when they moved for a time to Fergus. Best number ever!

And finally, going way back in the archives, my grandparents’ phone number in Toronto. Probably the first number I ever dialled on my own.

Each of those  phone numbers was a connection to the outside world. They came rushing back to me when I was doing some cleaning recently and found a tiny leather address book. My Aunt Diane gave it to me around the time I was dialing from that first Brampton number. The book was about the size of a deck of cards, and was from Roots! I remember she gave me a tank top from Roots at that time as well, and I painted my green binder with the Roots logo, using Wite-Out. The epitome of Canadian cool.

Before I opened the little creaky leather book, I tested my memory for those numbers. Could I still remember them? I could. They were lyrical to me. Back then, it was a feat of memory to remember your friends’ numbers or memorize your boyfriend’s number (even before he knew he was in your book with stars and hearts beside his name).

Dialling the old rotary phones was deliciously anticipatory – waiting for the long whirrrrrrrr as the higher numbers were dialled and generally cursing the phone numbers containing eights and nines! How impatient we were to get through, our pencils ready above the circular slot of the next number so we didn’t rough up our nails. And then, sometimes, surprise! Voices on the party line you shared with your rural neighbours. “Hang up until we’re done our conversation!” “Oh, okay!” – and then pretending to hang up, but eavesdropping until the dog barked in the background and you were called out for listening.

Later, when tech improved, the rotary phone changed in most households to a 12-button key pad. Fun and funky phones of the ’80s and ’90s were turquoise, pink, translucent like the Swatch watches of the day, or lit up with very large buttons suitable for an MTV veejay calling Max Headroom. It was fun and exciting when new phones came out in new styles. Tech became smaller and more portable, and phones with twirly long cords were in every room of the house. No more party lines, but now it was brothers and sisters who said, “Get off the phone!” And whom you eavesdropped on, holding your breath outside their rooms.

Finally phones became cordless. Big clunky things at first with antennas that always seemed to break off or become unscrewed and lost. But in general, they worked. Freedom in the household! And freedom to lie out under the stars and cry to your best friend as you scratched out his name and hearts and stars in your tiny address book.

Now my son, Adrian, has his own phone and has since he started walking to school on his own. I don’t regret one minute of making sure he has this way to connect. I think back to those times when my friends were everything, and ducking under the stairs with the cord stretched to its max to make a quick secret call got me through the night more than once. What we would have given back then to have access to friends and family any time we needed them.

During the pandemic in particular, I know that Adrian’s connection to others via his sleek phone has been essential for mental well-being. Do I worry about the things I don’t know about on his phone? Absolutely. But I have to trust that, just as I was responsible about using the dial pad to boost my friendships, make plans, raise the alert when someone was in trouble, he is too.

While looking through my little leather book, I see plenty of numbers long since obsolete in my life  – the local taxi company, the chicken and ribs place where my friend worked, the school attendance line. I see a few names of friends I wish still spoke to me, whom I could pick up the phone and call, and a few names of boys who were also special to me. Little stories curl up in the air in front of me as I flip through the tiny pages. I can’t bring myself to throw out this relic of my roots, this ancient book of codes from the past.

Telecommunications has come a long way since the days of long, curly phone cords and brain blaster cell phones. Now we connect from anywhere on the planet. But what happens when you get turned around or need to tell someone your location? Use the what3words app. Genius mapmakers have divided the world into 3-metre squares and given each square a unique combination of three words. what3words addresses are easy to say and share, and as accurate as GPS co-ordinates. You might consider having your kids learn the app’s three-word combinations for important addresses – like home, school or a safe meeting place. what3words.com

Kay Cee Gardens is back for this year’s 2021 Christmas in The Park. This community favourite is small town, charming and spectacular all at once. The Optimists have had a break due to Covid, and have planned some improvements to the park for this year. We can’t wait to see all the lights and pretty scenes, and take a few family pics. The display launches December 3 at 7:30 p.m. and gates are open every evening between 5:30 and 10 p.m. until New Year’s Eve. Check the club’s website or social media for updates and changes. orangevilleoptimists.ca Twitter: @orangevilleopti

Fighters of the climate crisis

Is your child a climatologist in the making? Send them over to Dufferin County’s online Climate Hub to read about local climate action. Community leaders like Bruna Zarlenga from The Village Refillery, Debbie Gray from Heritage Bee Co. and Shaun Booth from In Our Nature have stories to tell and motivation to give. And if your young one is personally taking action to fight the climate crisis, they can also submit their story to be added to this local and inspiring inventory. climate-hub-1-dufferincounty.hub.arcgis.com

Remember Hal and Joanne? Who didn’t love them! Since 1971, ParticipACTION has been inspiring and supporting Canadians to make physical activity a part of every day. Now, they’re celebrating their 50th anniversary with some fun retro clothing and activities. Best part – a free, evidence-based app that can support you and your wellness, rooted in Canada. The bilingual app was developed here and is based on Canadian health guidelines. Exclusive content reflects the diversity of Canadian people and places, including active travel destinations, or how to sneak in a quick workout while watching the Grey Cup, prize badges and more. participaction.com/en-ca/programs/app 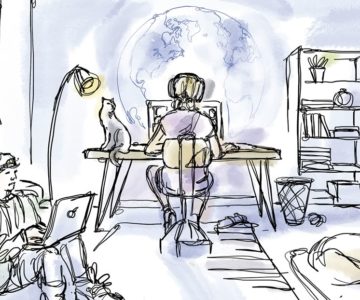 A Time for Listening

Covid has forced us to work in new ways amid absurd family pressures. But coincident with the pandemic, we have been also confronting broader issues. 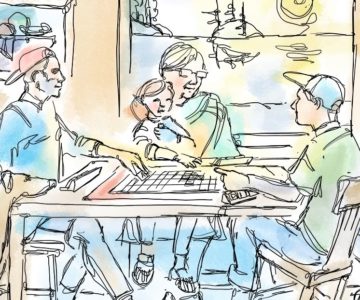 Board Games for the Bored

As the pandemic wanes, our columnist taps into her nostalgia for board games with a fresh-out-of-the-package Scrabble. 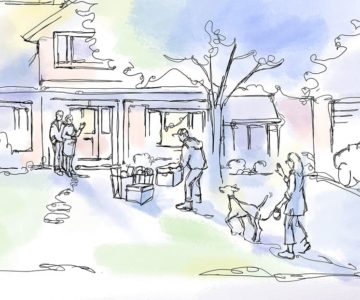 A year in we’ve been through so much – but we’re still putting one foot in front of the other. 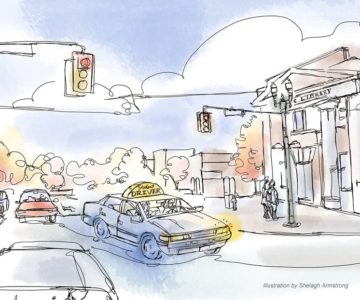 Remembering the one and only Marie of Marie’s Driver Training.