Noisy neighbours are usually scorned, but not always. Kelly and Richard Flear of Caledon Village look forward to the annual arrival of their loud neighbours. To be honest though, Richard does chafe at their 5am wake-up calls.

For the last two years the Flears have shared their property in Caledon Village with a raucous Merlin family.

Merlins are small falcons related to Peregrines and to the Kestrels that hunt open country here in the hills.  In 2009 and 2010 a Merlin couple raised their family in a spruce tree in the Flears’ backyard. These birds often use the same nest sites year after year.

Initially after their arrival in the spring, the Merlin couple is well mannered, the idyll of Caledon Village undisturbed, save for the din of traffic on Highway 10.

But then their young hatch and, like hungry children everywhere, they cry out to have their bellies filled. The watchful parents add to the clamour, screeching at real and imagined threats to their babies. 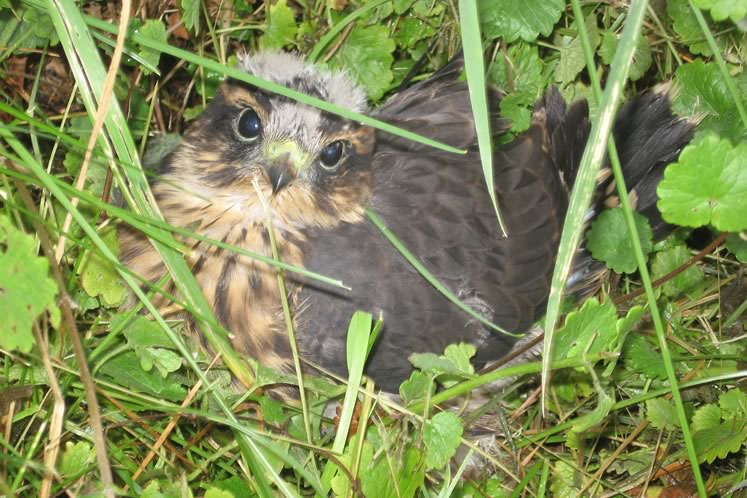 The first Atlas of the Breeding Birds of Ontario, compiled from data accumulated from 1981 to 1985, reported this finding: “all but a very few confirmed breeding records [of Merlins] occur north of a line from Algonquin Provincial Park to Manitoulin Island.”

In those years Merlins were considered shy birds that preferred a life at a remove from human activity. Southern Ontario with its mix of urban development, agricultural land and fractured forests didn’t appear to suit their needs. Recently, however, Merlins have made astonishing inroads here in the south. The speed of their invasion has been truly striking.

The second Atlas of the Breeding Birds of Ontario, published in 2007, reported that “Since the first atlas, Ontario’s Merlin population has experienced tremendous growth, with the probability of observations increasing significantly by more than 100%.”

Merlins eat small to medium-sized birds. Able to attain speeds up to 80km per hour in level flight, they can overtake the swiftest prey, including swallows and shorebirds.

In their more traditional northern haunts, Merlins often nest on islands in lakes. From look outs on these islands they watch for birds flying over the open water between island and mainland. Then, like avian missiles, they launch from their perches to intercept those vulnerable birds, far from the protective shelter of trees.

Perhaps this hunting strategy has been adjusted to conditions that prevail in southern Ontario. Here too, we have islands. Not islands surrounded by water, but islands of woodland surrounded by open fields and agricultural land. Perhaps Merlins have learned to perch at the edge of island woodlots and wait for birds to cross the open terrain in between.

The movement of Merlins into the south has also probably been fueled by the abundance of starlings and house sparrows in rural and urban settings. Since these non-native birds have done incalculable damage to native songbirds, by stealing their nest sites and food resources, Merlin predation could be seen as poetic justice.

Banning DDT also likely contributed to the Merlin’s resurgence. Like its illustrious cousin the Peregrine, the Merlin was hit hard by DDT in the 1950s and 1960s.

The growth of the Merlin population is instructive. It demonstrates the remarkable speed that the natural world can change, in this case for the better. It shows how behavioural adaptations can improve the survival prospects of a species. And it tells us that if we make wise decisions – in this case the banning of DDT – we  too can enhance those survival prospects.

I hope that this spring, Kelly and Richard Flear will again awaken to the shrill calls of Merlins in their backyard. If their noisy neighbours do return, the Flears, tolerant folk that they are, will welcome them back. 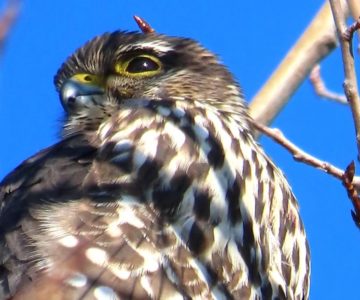 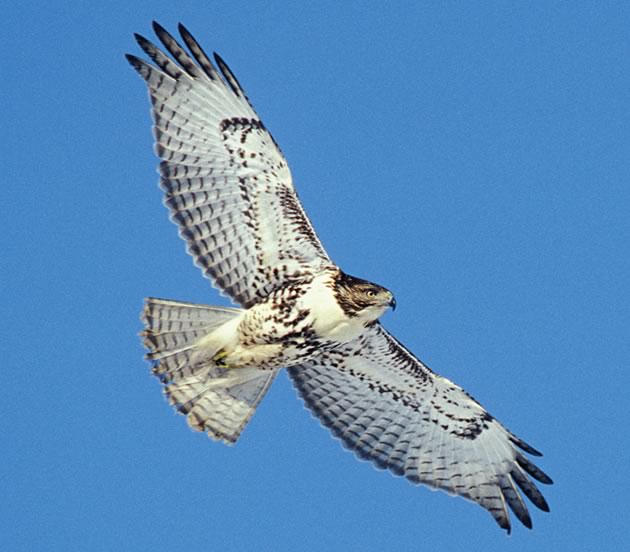 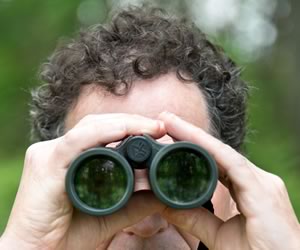 Birdwatchers like me are notoriously nerdy, and the essence of this is a fascination with lists. 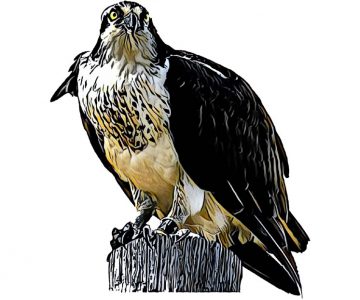