There’s never a day I don’t wake up and think this is exactly what I want to be doing. 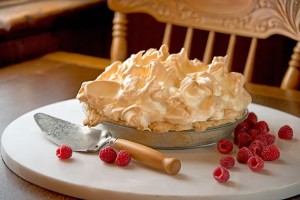 A showcase for whatever fresh Ontario fruit is at its peak (strawberries, blueberries, peaches and, of course, raspberries), the pie appears on The Globe’s menu all summer long. Photo by Pete Paterson.

It is 8:30 on a Thursday morning and the kitchen staff at The Globe Restaurant in Rosemont are busy chopping fresh herbs and stirring stock in preparation for the lunchtime crowd that will descend upon them in a few hours. In the meantime, chef and co-owner Beth Hunt is preparing one of the restaurant’s signature sweets, a raspberry cream meringue pie.

A showcase for whatever fresh Ontario fruit is at its peak (strawberries, blueberries, peaches and, of course, raspberries), the pie appears on The Globe’s menu all summer long. “It has great wow factor,” says Beth, adding that they also make it into pretty tarts for teas and weddings.

The creator of this spectacular summer dessert is The Globe’s longtime pastry chef Lee Shaw. At the age of 82, Lee still comes into the restaurant one day a week to make all the pastry needed for both the restaurant and Rosemont’s weekly farmers’ market, which Beth and her business partner David McCracken also organize.

“It frees me up so much to have Lee here for a day,” says Beth. “She’ll make the pastry as well as roll out 25 quiche shells and all the butter tarts for the Friday market.”

The pastry shell is baked first and allowed to cool, then filled with fresh fruit. Beth pours a velvety vanilla custard over the fruit and tops this with a frothy meringue. The final step is to brown the meringue in a hot oven, then refrigerate the pie for at least an hour to allow it to set. She advises serving it right away as it does not have a long shelf life.

“My mum was an unbelievable cook,” says Beth, as she pulls a finished raspberry pie from the oven. “And because of her all I ever wanted to do was work in a restaurant.”

Beth and David purchased The Globe 26 years ago. The pair had known each other since they worked there themselves as kids, Beth in the kitchen and David out front. At the time, The Globe was owned by the Needles family, who had bought the derelict former hotel and stage-coach stop in the late 1960s. The Needles restored the 19th-century building and turned it into a thriving restaurant that provided Beth with her first job.

She eventually went away to university where she studied English, but she never doubted her true vocation was cooking. “I came home and I said to my dad, ‘When can I start?’”

During the week she travelled to Ottawa to take a Cordon Bleu course, returning home to work at nearby Mono Cliffs Inn on weekends. “It was one of the happiest periods of my life,” says Beth, who is a busy mother of two girls aged 11 and 17, as well as a full-time chef.

Leaning against one of the kitchen’s well-worn butcher-block counters, Beth acknowledges that running a restaurant six days a week is hard work. But she says, “There’s never a day I don’t wake up and think this is exactly what I want to be doing. 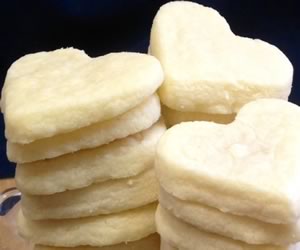 Serving size depends how big your heart is! 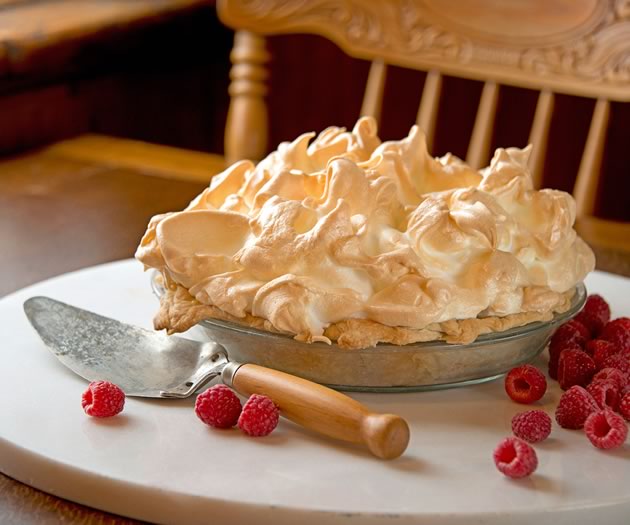 The pastry shell is baked first and allowed to cool, then filled with fresh fruit. 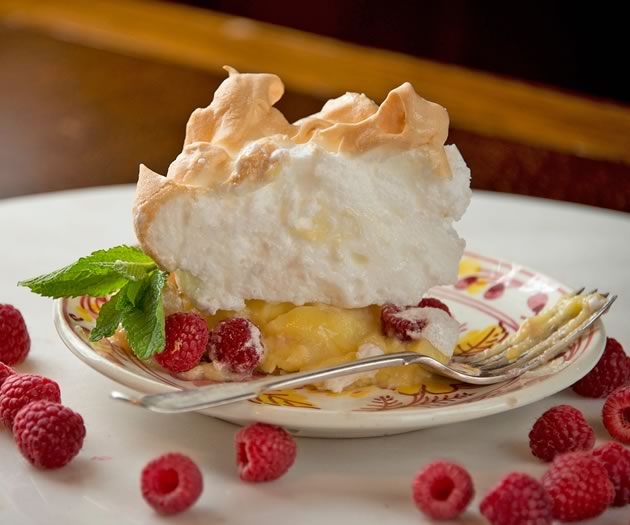 A showcase dessert for whatever fresh Ontario fruit is at its peak (strawberries, blueberries, peaches and, of course, raspberries), the pie appears on The Globe’s menu all summer long.