Lavender Blue catering partners Vanessa Kreuzer and Terry Doel interact with an ease and humour forged back in high school. As Terry, the flame-haired chef of the operation, hands Vanessa a bowl of her bubbling Moroccan stew to carry to the table, Vanessa asks, “Is it hot?”

“Not if you hurry,” Terry says.

We’re in the pair’s light-filled new digs at the Athlete Institute Basketball Academy, an elite basketball boarding program on Highway 9. The pair feed 25 high school boys and their coaches breakfast and lunch daily at three pale wood harvest tables and window seats. Outside those hours they sell café snacks, lunch and frozen takeaway.

Terry rules the kitchen, concocting the elegant comfort foods the pair are known for, from mac and cheese to shepherd’s pie. Trained at George Brown, Terry has worked in the local industry for more than 15 years. She lives in Mono with her husband and is stepmom to three grown kids.

Vanessa is a match for Terry on the quip front – with a bracing dose of candour. It could have something to do with her pre-catering career of counselling teenagers at a youth home. She keeps her eye on the business side of things, beyond what’s on the plate. If they’re catering your wedding, don’t be surprised if Vanessa announces a last-minute run to the store for chic candle holders because yours are too boring. No offence, but she’s probably right.

Lavender Blue started in 2013 in a small space on Broadway in Orangeville. Vanessa, who lives in Shelburne with her husband and eight-year-old son, left her day job after six months. The duo had been tapped for a major gig providing dinners for the basketball academy through the school year.

In the spring of 2015, Lavender Blue moved to a larger space, the Orangeville Agricultural Society Event Centre, and operated a satellite café in the Athlete Institute. This fall Terry and Vanessa moved to this newly constructed space on campus, which also houses a student dorm.

The kids are now steps away from Terry’s home-style meatloaf and lasagne, which come with a dash of maternal care. “Most of them are away from home,” Vanessa says. “We don’t know about basketball, so we’re all teaching each other.”

Terry and Vanessa say they’re known for plentiful servings, fresh local sources and balanced sauces – their dill cream sauce for salmon is a trademark. Their Moroccan lentil stew, with its spicy flavours, is not only a winter-warming comfort food, but reflects a new arrow in Terry’s quiver. “I’ve been cooking a lot more vegan and vegetarian recipes,” she says, adding this is also a trend for weddings.

A must-do step is sautéing the spices. “You take the rawness out the spices and open up their pores,” she says. The stew would pair nicely with rice or mashed potatoes, but Terry serves it with one of their signature biscuits for dipping.

It’s the kind of dish that could play a role in Lavender Blue’s ongoing work for local charities. They’re hoping to bring the Soup Sisters’ and Broth Brothers’ charitable social events to the space to batch cook for organizations that help women and families, such as Family Transition Place in Orangeville.

Vanessa says their mission in both business and charity is the same. “It’s a need to look after other people.” 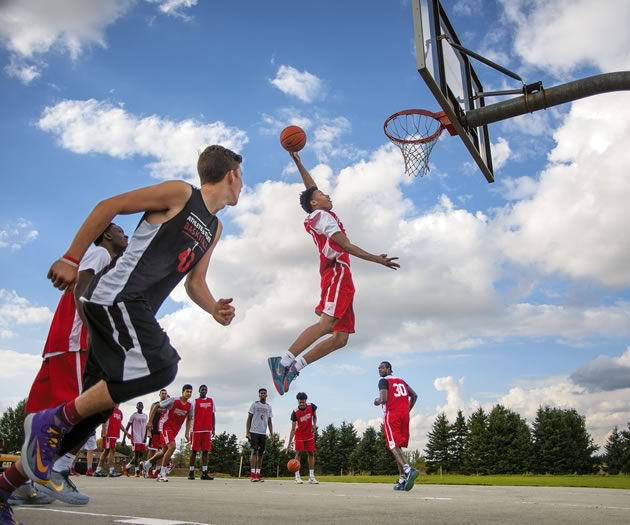 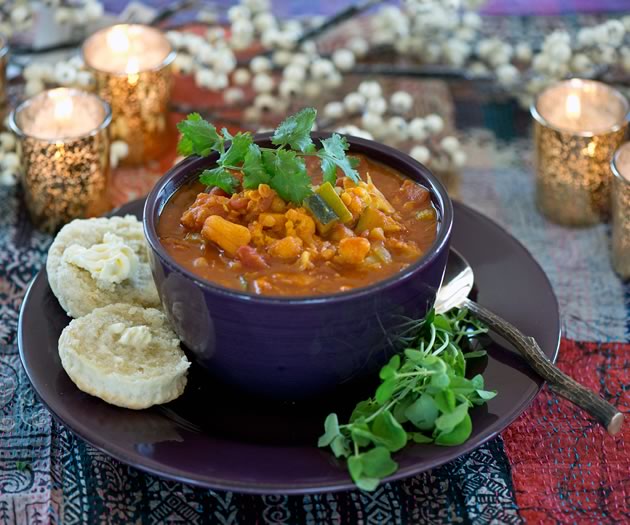