If you’re an adventurous beer drinker up for a hoppy, hazy ale, and you find a Badlands beer in stock at your favourite pub or The Beer Store, make your move. While its eye-catching logo features an owl, it is the unicorn of local beers: Is it real? Was it a dream? Will I see it again?

This scarcity isn’t a marketing ploy. Rather, it’s the small-batch reality of this Caledon brewery, which has two regular ale offerings, Distorted Re-Ale-ity and Through the Glass, and a roster of others they offer to restaurants and announce on social media. 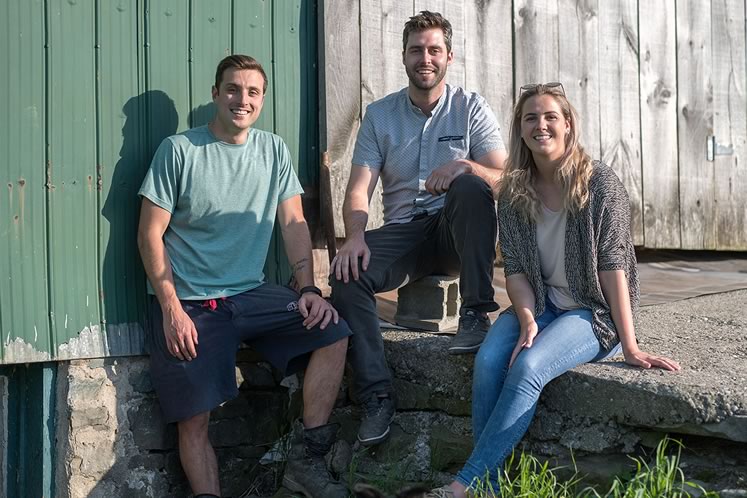 Troy Baxter, Mike Nuttall and Grace Wilkinson on the Wilkinson farm, where they brew Badlands beer. Photo by James MacDonald.

Childhood friends Troy Baxter and Mike Nuttall, along with Troy’s wife Grace Wilkinson, run the operation out of a tidy calf barn on the Cheltenham-area farm where Grace grew up and the couple now live with her parents. (In 2017 the family received a Canada 150 plaque noting the 100-acre farm has been in continuous production for 150 years.) There’s also a herd of 30 beef cattle, cash crops and an acre of small plantings for their experimental beers, including hops, barley, wheat, wine grapes, fruit trees and herbs – lemon balm may get a brew this summer.

Troy says the loosening of provincial regulations for on-farm businesses in 2015 inspired them to nudge their passion for home brewing into a side business. None are quitting their day jobs yet, but each share much-needed skills. Grace is a store planner for a big box retailer, Troy, a supply officer in the Canadian Armed Forces, and Mike is a project manager for a civil engineering company. The men are natural DIYers, building many components of the brewery themselves, including three iterations of the bottling apparatus. The first was a dud; the second worked well, if slowly, for 5,000 bottles; the third is twice as fast. “We’re not lying about our beer being handmade!” Troy laughs. 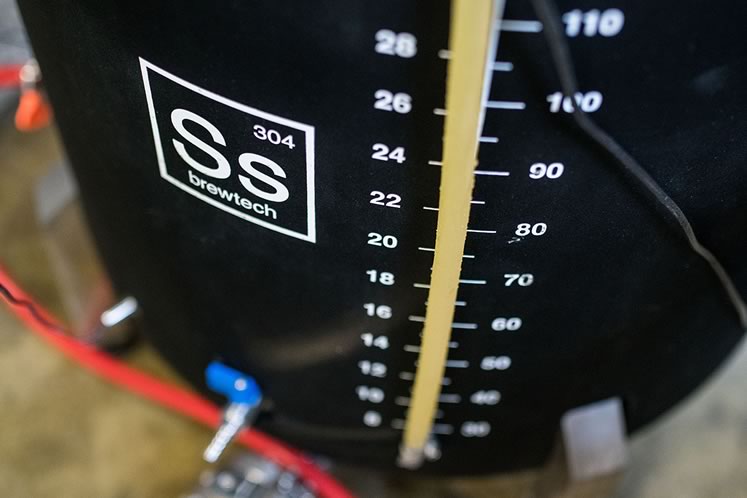 The descriptions on their website capture their camaraderie and cheeky vibe. They dig at pretentious types with a porter called Can I Speak to Your Manager? And they mark history with Frozen Pipes ale, named for the batch that required pipe replacements to finish.

Troy says the next phase is a bigger brewhouse and a small bottle shop. Until then, the hunt is on at The Beer Store and local eateries, where gobsmacked reactions like that of Busholme owner Niccole Magill are common. Troy recalls bringing his first batch to Orangeville’s Barley Vine Rail Co., where one of the owners offered to buy it all. “Without restaurants, none of us would have a brand or a business right now,” Troy says.